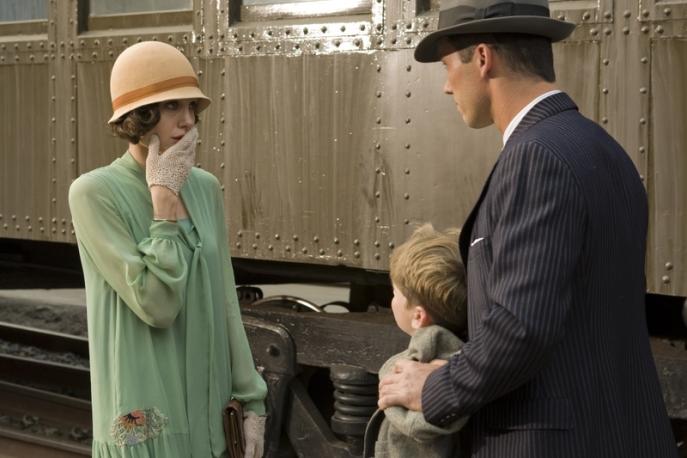 
As an admirer of Clint Eastwood’s work, both as an actor and director, I readily accepted an invitation to see his latest film, Changeling. After taking a quick look at the trailer I knew that the film dealt with the real life case of a missing child, and the consequent search for him.  As with all good trailers, this one did not spoil the ending.  However, the human mind tends to anticipate the unknown, and I drew my own conclusion.  I predicted a fairytale Hollywood ending in which mother and son were reunited (it is likely that the setting of the film in Los Angeles contributed to this expectation), but after nearly two and a half hours in the cinema it was clear that I was wrong.  It wasn’t the first time and certainly won’t be the last.

Changeling is set in the late twenties and early thirties, a time in which the results of the industrial revolution began to be felt on an increasingly popular level.  Horse and carriage were replaced by Henry Ford’s Model T, and telephones became commonplace.  This latter development is of particular interest because it is the burgeoning telephone industry that provides Christine Collins (Angelina Jolie) with her livelihood and forces her to leave her son Walter alone.  We get to know very little of Walter, for he soon goes missing and it is then that we become wrapped up in the quest to find him.

As any mother would naturally do, Christine Collins devotes herself to finding her missing son, but due to the corruption and ineptitude of the Los Angeles Police Department her search is complicated and temporarily impeded.  After they deliver to Miss Collins a boy who is not her son, the LAPD, and most notably Captain J.J. Jones (Jeffrey Donovan), refuse to admit their error.  Rather than admitting his mistake and accepting the bad press, Captain Jones villainizes Miss Collins.  She quickly goes from being a loving mother to a delusional woman who is imprisoned in a psychiatric hospital, a common punishment at the time for those who challenged the LAPD.

Speaking of delusional figures, it is John Malkovich who has perfected the art of portraying a disturbed psyche. He normally does such a fine job with the psychotic that it was difficult for me to see him as the altruistic Presbyterian Pastor who comes to Christine Collins’ aid.  At the same time, it is Malkovich’s intensity that makes him a formidable opponent to the LAPD.  He is ultimately successful; Miss Collins is released and the corruption is both exposed and publicly condemned.  But whatever happened to little Walter Collins?

To answer this question, it is necessary to recognize a story within a story.  On the one hand there is the fact of Walter’s disappearance and his mother’s thwarted search for him.  On the other hand, there is the question of his actual whereabouts.  I’m not spoiling the film by telling you that Walter was abducted by serial killer Gordon Northcott, played by Jason Butler Harner.  However, we never come to know Walter’s fate at the hands of his abductor.  Before being hung, Northcott requests to see Christine Collins and although she honours his request, he makes no confession.  We are therefore left in the dark.  Can we share in Christine Collins’ hope that her son survived his ordeal (as some of the other boys who were abducted by Northcott did but were only found years later) to be reunited with her some day?

One of the signs of a good film is that it leaves you thinking long after the film has ended – by  ‘thinking’ I mean posing questions of existential significance – and Changeling certainly does this.  Through the intriguing story and the fine acting, the film succeeds in respecting the intelligence of its audience.  Thank you Mr. Eastwood!

Filling Gaps in the Gospel