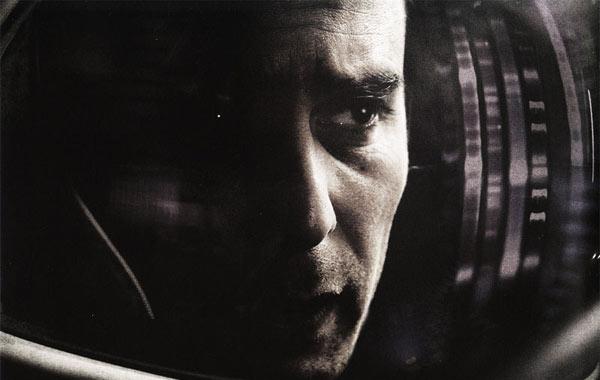 
Moon harks back to the psychedelic science-fiction classics: there is a slightly sinister robot, as in 2001, a lonely protagonist echoing Silent Running, and the faceless corporation that provides a worthy villain. Yet, perhaps more interestingly, Moon has an explicit anti-existential theme and grapples with issues of identity.

At first, the plot seems undermined by the situation: given the inevitable psychological breakdown that would occur, a single man working on an isolated mine on the moon for three years is awkward and contrived. After a series of hallucinations, as in Tarkovsky’s Solaris, and an apparently fatal accident, the twist is revealed: Sam is a clone, destined to be destroyed at the end of his contract, and carrying memories from his template. When a second clone is activated, two versions of Sam are forced into an uneasy alliance and gradually discover the scale of the plot against them.

The interaction between the two versions of Sam is delicately handled. Sam 1 has matured, and notices how Sam 2 retains his original anger and determination. Sam 1 has learnt acceptance; Sam 2 is all passion. The two selves struggle for dominance before resolving their differences.

Essentially, they are two men sharing the same soul, and the problems this causes are examined with nuance. Their predicament lies in the fact that they both have the same goal: to return to their wife and escape the looming threat of the corporation. Through their interaction, this moving story portrays an individual’s ability to grow and to be reconciled with his past. Sam 1 observes Sam 2’s anger, and realises that this is a part of him; Sam 2 learns to respect Sam 1’s patience.

Unlike the existentialist maxim, for Sam essence precedes existence.  The essence of his personality is rooted in his fragmented memories and, of course, his love for his wife and child. Realising that these are fake, that they are a sort of programming, does not destroy his humanity. Rather, it leads him to redemption. At the centre of the film is a man battling for control of his self and refusing the dictates of his circumstances. This is expressed in a powerful, iconic dialogue.

The plot itself, like The Truman Show and The Matrix, reflects one of the Gnostic cosmologies. Sam is a soul of pure light, trapped in a dry, desolate material universe, deceived by the demiurge and longing to return to his original, verdant home. He is guided by love, slowly piecing together the truth and exposing the demiurge’s plot against him. The aching wastes of the Moon are a visual image of desolation, an aching plain of dust and despair that reflects Sam’s own internal emptiness; the Earth that hangs in the heavens a consolation, a beautiful blue ball promising fertility and hope. The final, dramatic escape is the conclusion of an emotional and spiritual process for Sam, as he is forced to analyse himself with a firm compassion.

Moon does not rely on special effects or the drama of space. It is beautiful, a meditation on the power of love as a redemptive force, even lacking any Hollywood romanticism. Love is not defined by a goal, or a conquest – Sam’s wife is already dead – but as the spirit that moves the protagonist. It is the part of his personality that defines him, provoking desire. Without falling back on any explicit mention of religion, Moon evokes a contemplative spirituality.

Fr Pedro Arrupe SJ
St Henry Morse SJ: ‘A saviour of life unto life’
Alfred Delp: committed to Christ
‘Give them something to eat’: The Christian approach to food aid
Grey Wisdom: not quite the last word on religious pluralism