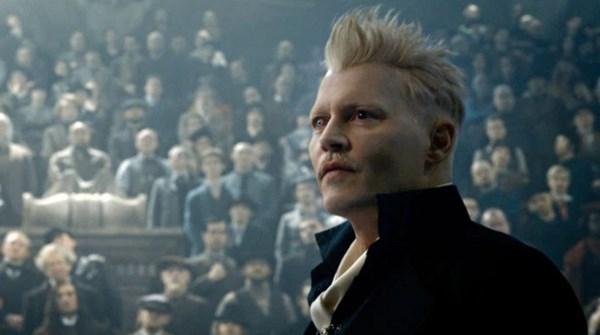 There is more than a passing resemblance to the Second Week of the Spiritual Exercises in this second offering in the Fantastic Beasts series. As in J. K. Rowling’s Harry Potter series, people find themselves having to take sides, however reluctantly, in a titanic struggle between good and evil. As also in Harry Potter, their choices are sometimes surprising. The apparently benign and virtuous reveal hidden weaknesses or compulsions while the outwardly weak, suspect or alienated reveal an unexpected potential for virtue.

A year on from the doom and drama with which its predecessor ended, the film opens in New York in 1927, to find the defeated dark wizard, Gellert Grindelwald (Johnny Depp), incarcerated in an inescapable dungeon. Except that we know from Azkaban that, even in the wizarding world, there is no such thing. Inevitably Grindelwald has found a way to subordinate his gaolers and he absconds in a virtuoso scene of gothic terror reminiscent of the heyday of 1930s horror films. His aim is to launch a campaign for pureblood wizards to be freed from all restraint by the non-magical world and rise to triumphant conquest over all opposition within their own world. Those who cross his path are faced with the choice of which side to fight on. Neutrality is not an option.

The special effects here and elsewhere are breathtaking, inventive and brilliantly complicated. Rowling’s screenplay is equally convoluted and it’s easy to get lost in the welter of detail. With so many new characters jumping back and forth in time, it’s difficult to connect emotionally with them. Our sympathies remain anchored in the engagingly awkward Newt Scamander (Eddie Redmayne) and his cheery non-magical sidekick, Jacob Kowalski (Dan Fogler). Newt defends his position as a resolute outsider, avoiding the desk job that he dreads and the politically manipulative world of his suave, war-hero brother, Theseus (Callum Turner) from the Ministry of Magic. He finds the company of his ‘fantastic beasts’ – Nifflers, Bowtruckles and Chinese dragons – far more congenial. His inept attempt to enact a romantic scene with American auror Tina Goldstein (Katherine Waterston) is as hilarious as it is agonising to witness, but Newt is no one’s fool. The British Ministry suspects that Newt is not on side and restricts his travel abroad. But the rise of Grindelwald threatens the century-long peace between wizards and non-wizards, and his old teacher, Albus Dumbledore (Jude Law in tweeds, which contrast strangely with the robes of his older, Harry Potter self) seeks Newt’s help. Harry Potter’s older Dumbledore detected the hidden strength in Neville Longbottom, who had the courage to stand up to his friends. In the same way, his younger version sees that Newt is not interested in being liked or popular, but simply asks if a given choice is right in itself. Redmayne’s Newt is vulnerable, but both courageous and resourceful when pushed.

The film revolves around characters feeling lost, seeking connections with or to be found by others. They are trying to find their right place in the world, and a cause to live and die for. They are also searching for the right people with whom to share it. But beneath the surface, questions of power and personal agency swirl around and the innocence of the first film has been replaced by more complicated struggles for autonomy, where characters try to coerce one another, even within loving relationships, in order to achieve their own ends. The sweet love affair between non-magical Jacob and witch Queenie (Alison Sudol in wide-eyed, Marilyn Monroe style) only prospers through her use of magic. Mind-reader though she is, Queenie falls prey to the false promises of Grindelwald when she sees her own wizarding community threatening her heart’s desire. Newt and Tina are estranged, and his feelings for childhood friend Leta Lestrange (Zoë Kravitz) are complicated by her tormented past, for which she cannot forgive herself, and her engagement to his brother. Credence (Ezra Miller), whom we thought dead at the end of the last film, is alive and obsessively seeking his true family, accompanied by the tragic half-snake, half-woman Nagini, whose grip on her human characteristics is already becoming precarious. Finally, Dumbledore has an emotional past with Grindelwald, which prevents him from being able to stand up openly to the dark wizard’s rise to power. Everyone appears to be in a state of becoming, but what they are becoming is unclear to us and to them. There is plenty of material for the First Week of the Exercises here as people struggle to come to terms with their inner desires and drives.

Depp plays Grindelwald as a white-blond racial supremacist who quietly exudes contempt for those he considers beneath him. His glassy eye and Gestapo-style clothing make him menacing-looking enough, but somehow his performance lacks the conviction and intensity of Ralph Fiennes’ Voldemort. Even the Nuremberg Rally echoes in the film’s Paris finale, as Grindelwald conjures up nightmare visions of the war and horrors shortly to engulf the world at the hands of the non-magical, are strangely muted. Rescue for the burning city comes at the hands of Dumbledore’s ancient wizard friend, Nicolas Flamel, but this scene similarly fails entirely to convince. In Two Standards parlance, neither the standard of evil in Babylon nor the standard of virtue in Jerusalem carries the day, however apocalyptic the backdrop and impressive the antagonists. ‘The time is coming when everyone’s going to have to pick a side. Even you’, says Newt’s brother. ‘I don’t do sides’, retorts Newt, but in fact his side was picked long ago. As in The Lord of the Rings, that other epic struggle between good and evil, this is not the hour of the great and the good nor of the terrifyingly villainous. It’s the opportunity for the little ones of this world, the obscure and insecure, the vulnerable and apparently fragile, to find their inner strength and discover what they want to stand and fight for. As with Gandalf and his hobbits, so with Newt and his creatures. ‘Grindelwald doesn’t seem to understand the nature of things he considers simple’, he tells Dumbledore, when his fat, greedy little Niffler finds the first possible clue to defeating the dark wizard. If finding God or good in all things is the key in this battle of titans, then it’s in the ordinary and everyday that they are to be found.

The film suffers from being the second in a series. We have lost the freshness and enchantment of the first film while having to wait for the full outcome of the story. The screenplay itself is over-complicated and emotionally diffuse, but embedded throughout, as Ignatius knew, is the endless fascination of the struggle that immerses us all, and the drama of election between the thrones and dominations of this world and the reign of the servant king. Fantastic Beasts 2 allows us, while being thoroughly entertained, to get to grips again with the fundamental choice.