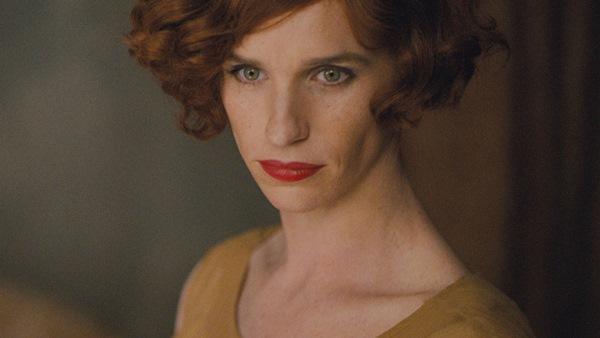 The soul is always feminine in its relation to God. So writes Fr John Saward, Oxford-based theologian and parish priest, in his book Redeemer in the Womb. But what does this mean, especially for approximately half the human population who are born into the bodies of men? How does this film suggest an answer to that question?

The Danish Girl presents a fictional account of real life landscape painter Einar Wegener (Eddie Redmayne), and opens with Wegener in 1920s Copenhagen where he and his wife, Gerda (Alicia Vikander), a portraitist, are both up-and-comers on the art scene. When Gerda’s ballerina subject fails to show one afternoon, she asks her husband to sit for her wearing slippers and silk stockings. He rather takes to them, and it is not long before he habitually masquerades as ‘Lili’, in lipstick and silk slips, among the city’s difficult-to-shock fashionable elite.

When Einar’s adopted identity begins to take over, however, his wife seeks medical advice. One doctor suggests an extraordinary procedure, and Einar submits to one of the first publicly known male-to-female sex change operations.  ‘This is not my body, Professor’, he insists, ‘Take it from me’. He submits to the scalpel which, the momentum of the narrative suggests, is his, or rather Lili’s, only hope for happiness in this life.

And so we return to the original question. Is there any point of convergence between this discomfiting decision and what some theologians recommend as the archetypical interior posture of humanity? Or is Lili merely the invention of an exhausted, insane or spiritually lost person, as most of the doctors in the film suggest?

I think a nuanced theological reading of the film can find a fair amount with which to engage. Cardinal Joseph Ratzinger, fifteen years before his election as Pope Benedict XVI, wrote an article in which he put forward a basic theological maxim: persons are relations. Gender and sexual difference are not his immediate concern, but I think it is fair to extrapolate from this principle and ask, without compromising the ethical commitment of the tradition, whether there are any commonalities in the way men and women relate, not only to each other but to God. Put another way, how do men and women disclose dual aspects of a singular shared human experience?

While the film suggests one answer, another might be ventured: each sex embodies visibly something its complement experiences only invisibly. A good place to get going on this topic might be Saward’s already mentioned book, which discusses, for instance, how the pregnant Mary, receiving and nurturing the living God inside herself and mediating his presence to the outer world, is a universal model – for women and men – of Christian sanctity and discipleship. This is a rich subject, and a single offshoot of it might run something like this: men visibly embody a masculine principle and women, likewise, a feminine principle; yet both persons, at the level of their shared personhood, encompass both. Each reveals something that is unseen in – albeit not, for that reason, absent from – the other.

Provisionally accepting this, how might it bear upon a particular person, the early twentieth century Dane who acted so radically upon his affinities, torn between man and woman? In a theological light we might perceive this person, perhaps, not simply as a transgressive transgender martyr but as a dim and tragic sign of what we are all waiting for: in the words of St Paul, the transformation of our lowly bodies into the image of God’s glorious body. It is, at the very least, a marvel of human ingenuity that a man can so rework his physical appearance in conformity to his intuition. But it is perhaps an even greater marvel that for all of us our outer images are not everything, and that everyone, whichever sex or gender, retains an inward mystery that he or she can only, until the fullness of all things, communicate indirectly through their humble, sometimes humiliating, limitations.

The film is beautifully photographed and the rising star performances sensitive, almost desperately so. The story will undoubtedly pack more dramatic punch for viewers with a deep affinity to the central predicament, and for the rest of us, it’s an opportunity to expand the limits of our empathy.