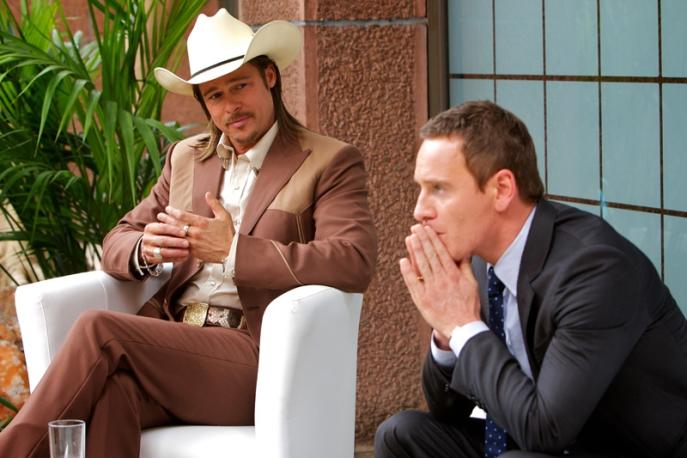 One thing I’ve learned from experience over past Oscar seasons- if it looks too good to be true, chances are it is. The Counsellor boasts a pedigree most films would kill for- directed by Ridley Scott, written by Cormac McCarthy, and starring the cream of Hollywood’s left-of-the-middle talent. If there were a formula for best picture Oscars, this would surely be it. So how on Earth did this turn into such an unmitigated disaster?

It’s honestly quite hard to even describe a film this bad- mainly because I’m still not entirely sure what even happened. From what I could discern, Michael Fassbender plays a defence attorney with less than desirable connections. He is the titular counsellor, and throughout the film he’s referred to only by his title; we never learn his name. Early on in the film he proposes to his girlfriend Laura (Penelope Cruz) with a rock the size of Gibraltar, and in need of a big payday, he decides to go in on a $20 million drug smuggling operation across the US-Mexican border. The deal somehow involves Javier Bardem’s crime boss Reiner (although it’s never clear if he arranged it all) and his girlfriend Malkina (Cameron Diaz), both of whom pop up every now and again to watch their cheetahs hunt rabbits in the desert. (Yep, I actually wrote that sentence.) Brad Pitt’s middleman Westray also seems to keep appearing, but how he’s connected to it all is anybody’s guess.

This is a perplexing, confusing mess of a film. McCarthy’s novels have always invited deeper meaning, but by trying to keep everyone in the dark here, it starts to feel like he’s forgotten what it was he was trying to do. Essentially it’s daytime TV parading as high art- beautiful to look at, but nothing at all going on beneath the surface. The attraction of adapting McCarthy’s first screenplay in decades is obvious, but this is a staggering misfire, especially following the acclaimed adaptations of previous novels The Road and No Country For Old Men. Screenwriting is a different skill, of course- some of the dialogue here might work in a novel, but in a script, it sounds arch and unnatural. There were several moments where I laughed out loud at the faux-philosophical dialogue- how the characters managed to deliver some of their lines with a straight face I’ll never know.

Working with such poor raw materials, the cast struggle badly. Fassbender is completely blank and disengaged- a performance that fit perfectly in Shame, but which just doesn’t work here (although in fairness, you can hardly blame him). For the film to work on any level, we need to feel some level of empathy with his character, but there’s nothing there to latch onto. The lack of chemistry with Cruz is also immediately apparent in an awkward opening scene beneath the bedsheets that had me shaking my head in disbelief (quite possibly the most unintentionally hilarious opening to a film I’ve ever seen). Their engagement scene is another classic- not since the Ingmar Bergman days have I seen an apparently happy couple look so miserable.

Bardem, who won an Oscar for his chilling performance in No Country For Old Men, has some fun with his role, but it’s just hard to figure out where he fits in all of this. With a perma tan and a shock of seemingly-electrified hair, it looks like he belongs in a different film. Pitt, on the other hand, doesn’t even try- if ever anyone needs to see an example of how somebody can phone in a performance, this is it. The only (partial) saving grace in all of this is Diaz, and more for entertainment value than anything else. I haven’t seen a female character chew through this much scenery since Grace Jones in A View To A Kill, but even she didn’t have to straddle the windshield of a Ferrari. I wish I was making this up…

As if I needed to give you another reason to avoid this film, there’s also a level of violence that borders on the perverse. In No Country, the violence served the film- it was a necessary evil to illustrate a character. Here, and partially because we have no idea what’s going on, it seems gratuitous. The violence is frequent and graphic, and one particular scene I couldn’t even watch; suffice to say it ended with a head separated from its body.

Ridley Scott has proven he’s a better director than this, and one can only imagine how he truly feels about the finished product. He, and the cast, will surely rise above this. As it stands, this is by some distance the worst film I’ve seen this year. Save your money for the weeks ahead- there are too many great films out there to waste it on such an inglorious mess.