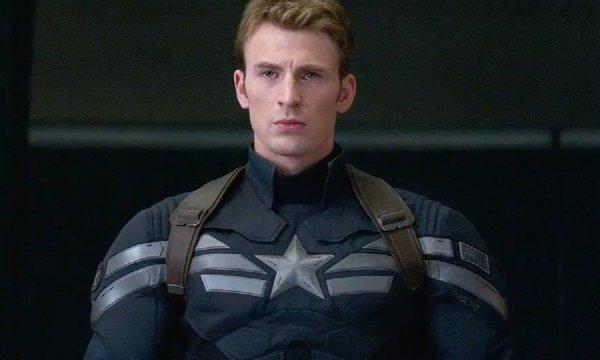 Our belief in super-powered saviours does not seem to be waning. Indeed, the box office loves them. Nowadays, these saviours do not tend to fit the Christian mould of moral goodness, but tend to take more inspiration from the flawed pantheons of the Greeks and the Norse. However, at the birth of the superhero genre, the most popular icons were morally as well as physically superior specimens. As one of these heroes returns for his second film - Captain America: The Winter Soldier - we see that he has resisted any modernising of his moral world view. He is still a thoroughly good Joe.

Stephen Rogers, aka Captain America (played by Chris Evans), is the embodiment of American ideals. He is the uber-WASP, as blond as Kansas corn and similarly genetically modified. He is the ultimate soldier and leader, but his most impressive features were not generated by his superpowers. His human qualities are his greatest gifts: his courage, his integrity and his decency; but his is an old-fashioned kind of goodness. ‘Cap’ was born in another ethical age; he is certain in his patriotism and untainted by postmodern doubt.

It makes sense, then, that this chapter of the Cap story would focus on an attempt to destroy the institution which has shaped so many of his values and which he holds so dear: the glorious nation of the USA. Unlike the rest of society, Cap never witnessed the damage done to the American dream by the toppling of Nixon and the defeat in the Vietnam War. The Winter Soldier echoes the political thrillers from the 70s that contributed to the decline of optimism in the State; the film features the disquietingly beautiful music of Marvin Gaye, and Robert Redford plays as key a role in this episode as he did in those 70s movies.

Cap is partnered by a thoroughly contemporary hero, Black Widow, a shady female operative who is totally un- American (Russian, actually). However, there is little character set-up in this film. While the plot stands alone, the character arc does not; one would need to watch the first film, Captain America: The First Avenger to have any kind of emotional investment in Captain America. And without this concern for the characters, one could only have a limited interest in the numerous action sequences, which is a shame. The Winter Soldier’s action is better than most, due to well-choreographed hand-to-hand ballets that are absent from the tales about the more magically endowed heroes in the Marvel Cinematic Universe.

But what makes The Winter Soldier most impressive is its plot, the momentum of which comes primarily from its compelling menace: not in the form of a powerful supervillain, but a behemoth of a governmental system with the most sinister surveillance tactics. Thanks to Edward Snowden, we know how Western governments exploit our newly-evolved need for the comforts of internet connectedness in order to keep an eye on their citizens. Our information is regularly sold to companies who look out for patterns of behaviour so that they can seduce us into buying their products, and our inboxes are scanned for unsavoury correspondence.  As a person who spent part of his childhood under the rule of a dictatorship, I have always wondered how people in the West could so easily allow all these intrusions into their civil rights with so little complaint. One argument is that it is only those who do something wrong who have anything to worry about, but this assumes that everyone in charge of the system is benign. Captain America: The Winter Soldier takes this idea and runs with it, ramping up the surveillance and placing it in the hands of malevolent leaders. What we have then is a thoroughly terrifying nemesis, one that dramatises problems we actually have as a society.

The film does offer us a solution though, and it goes back to the strain of American mythology that was not destroyed by the cynical 70s. The answer to the problem of bad government is the good American, the man (normally) who embodies all that is decent, courageous and just. Captain America is a Capra-esque hero, sacrificing himself for a cause more important to a nation than the people who rule it; and the masses, even those of us who are not American, have not stopped cheering for these heroes.

An uneasiness lingers after the climactic triumph; Cap wins the battle (as superheroes always do), but the question remains: will we win the war? Can Captain America really defeat postmodernity by sticking to his values? Could even the Avengers ever defeat something as all-pervasive as the global politico-corporate system that controls our lives? Sadly, we do not have these kind of superheroes to help us in real life, where the forces that Cap temporarily defeats in the movie still control us. Against these, we need real heroism.