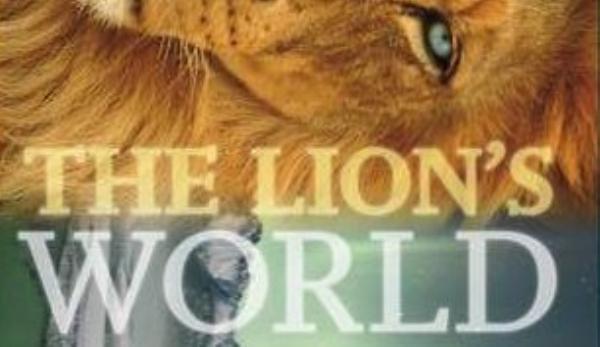 This little book is based on lectures given by Dr Rowan Williams in Canterbury Cathedral during Holy Week 2011 and, like everything he writes, it is substantive and full of insight. Despite the small, square format, large type and the childlike black and white illustrations by Monica Capoferri, this is not a children’s book; rather it is a serious engagement with Aslan himself as a disturbing ‘other’ presence whose ‘silent gaze of truth’ challenges us to abandon our delusive conception of self in an unmasking that will ultimately open to us a reality that is deep, sustaining and wholly surprising.

Rowan Williams did not read the Narnia stories as a child, and he comes to them very much through Lewis’ brilliant adult fiction, especially, I believe, the allegorical The Great Divorce, in which the dead are taken on a bus-ride to Purgatory, or the heavenly outskirts, where they are guided to self-knowledge; and also the wonderful Till We Have Faces, in which the protagonist Orual is enabled to understand her own mixed motives and envy of her beautiful sister. It is important to point out that the ‘unmasking’ that Aslan demands is not psychological introspection but an acceptance of one’s own story, the choices one has made, facing up to the inner evasions like the treacherous Edmund in The Lion, the Witch and the Wardrobe, and accepting forgiveness: ‘I am to be truthful in what I do; I think Lewis would have said that the supposed call to be truthful about what I am was a dangerously indulgent matter, since I could deceive myself almost indefinitely and create all sorts of small and not-so-small dramas around it’ (p. 84). Eustace in The Voyage of the Dawn Treader is the model of penitence in his attempt to scratch off the dragon scales, which can only be completed by the painful action of Aslan himself. Williams’ discussion of the illusion of finding the real self is most apposite and is located in the restoration of a sense of creaturehood.

This avoidance of self-centred introspection makes sense of other aspects of the Narnia stories, such as the talking beasts and leonine Christ figure, to which Williams pays attention in Chapter One. Humans are put in their place by the presence of animal characters such as Reepicheep the mouse and Trufflehunter the badger. In his essay, ‘On Fairy-stories’, J. R. R. Tolkien wrote that the wish to talk with animals was one of humanity’s deepest desires. Williams stresses the ethical value of this ‘making strange’, seeing the world from another perspective. For the child reader, as for Tolkien, the talking beasts are a source of pure delight. This element of the Narnia stories is presented by Williams in Chestertonian terms as the romance of rebellion against the drab deformity of the fallen world, and he has a powerful section, as befits a talk given during Passiontide, about the demystification of death. Overall, however, this is a serious, searching and adult interpretation of the Narnia books, which is less about their humour and playfulness than their moral seriousness.

Williams has debated with Philip Pullman, whose His Dark Materials trilogy is a deliberate attempt to question and undercut Lewis’s Christian fantasy. A whole chapter is given over to a consideration of charges against Lewis of misogyny, orientalism and violence. A subtle and convincing apologia is given in which Williams portrays Lewis as both typical of his age and also undercutting certain female stereotypes, as well as presenting violence as leading often to self-sacrifice. This chapter was positioned rather oddly between the chapter on the meaning of Narnia and that about Aslan, and rather destroyed the flow of the book. It might have been better as an epilogue or subsumed under the opening chapter, which rather unhelpfully begins, ‘Not every reader has been charmed by C.S. Lewis’s Narnia stories …’ as if to deflect criticism. A more vibrant, engaged and even personal account of what pleasure Dr Williams derives from these stories would have been helpful to draw the reader in. It is all quite donnish.

This brings me to the question of the audience for whom this book is written. For a scholar like myself it is full of interest and brilliance, especially in the way Lewis is shown to critique certain aspects of post-Enlightenment positivist accounts of reality. Yet these points are scattered about and not developed consistently, so have to be dug for. It is not a monograph but a series of talks and one use for this volume would be as Lent reading alongside the novels. As Williams says, there is something valuable in considering Christ in a way that is not in solidarity with us – though I think Aslan is particularly a Christ-figure for the child reader, for whom animals, even frightening ones, have something in common with themselves, hence the predilection for animal soft-toys and cartoon characters. So this is not quite the sort of book to give to an older child who loves the stories, although I could see it as really good confirmation material for older teenagers in a programme that also uses the novels.

The reviewer, Dr Alison Milbank is Associate Professor of Theology and Religious Studies at the University of Nottingham. She is the author of Chesterton and Tolkien as Theologians (T&T Clark, 2009).

Read and watch Alison Milbank’s discussion of The Hobbit

‘Waiting for Aslan’ by James Hanvey SJ on Thinking Faith

Nobody Else But You