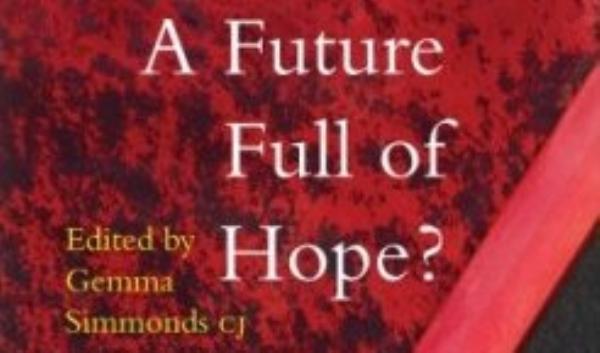 Anyone seriously interested in the reality of and prospects for religious life in the Catholic Church will read this book. The collection of nine essays, edited by Gemma Simmonds CJ, Director of the Religious Life Institute based at Heythrop College, University of London, is a pioneering exploration of contemporary vowed life. Each essay poses questions, but may also have an educative value for older religious and foster in them a renewed hopefulness through the reflections they stimulate.

The essays are divided into the three areas of fundamental questions, the source and fostering of vocations to religious life, and questions about the future. The first contribution from Gregory Collins OSB, on the need for a renewal of the theological understanding of religious life, should not be skipped by any reader. Collins highlights the importance of recovering the meaning of religious life and our need to ‘re-imagine it as a call to holiness, to intimacy with God in the service of Christ’s Church.’ Emphasising the kenotic element of religious life, he includes a caution about re-inventing ‘tradition’, which usually results in a particularly debilitating form of kitsch.

The importance of reception history for a proper understanding of a return to the sources is emphasised in Mary Finbarr Coffey’s meticulous essay on the return ‘ad fontes’ , illustrated convincingly by the founding history of her own congregation (Sisters of the Holy Cross). She underlines that while the attitude of founders to original constitutions is important, they regarded constitutions as designed for adaptation to changing circumstances and not as sacred text or rule.

The following two essays are appeals for balance. Martin Poulsom calls for contemplation and action to be united in ‘presence’, and Kate Stogdon addresses the contribution of feminism to the understanding of religious life and to its expression in the lives of women. Her discussion is a temperate argument for a middle way between ultra-conservatism and ultra-liberalism being a positive contribution to our understanding of religious life. The feminist discussions about autonomy and heteronomy are an entry point for exploration of this middle way.

Christopher Jamison OSB and Joanna Gilbert concentrate on what attracts young people today to living some form of religious life. Jamison’s point about the significance of John Paul II is important. Gilbert concentrates largely on the ‘visibility’ of religious life. A slightly disturbing note in this essay is the quoted reflection of a seeker, who felt a lack in the UK of vibrant, apostolic orders ‘that seemed to fit with the charism I was seeking.’ It sounds to have been a rather egocentric search.

The essay of Gerard Dunne OP may be overlooked easily, but should not be. It describes a serious, sustained effort to shape the formation and appeal of the Dominican vocation in Ireland.

The collection is rounded off by the essays of Gemma Simmonds CJ and James Sweeney CP. Simmonds picks up the discussion on visibility contrasted with distinctiveness: visibility, she says, is irrelevant when it means mere appearance, and when the distinctiveness it embodies gives expression to a problematic conception of humanity. She warns against ‘systematised narcissism’. Weighing the current atmosphere of ‘puzzled inertia’, Sweeney considers whether a paradigm shift in ecclesiology is evolving, a paradigm shift that will necessarily involve religious life. This shift centres on the question of how God is to be found, as live an issue now as it was in the 16th century, though now given a new twist with the theology of the option for the poor.

An element notably absent from the text is the cantankerous (and sometimes crass) criticism of those entrusted with leadership in the Catholic Church that seems to have become common coinage. More than once, the essays acknowledge not only that the authority of the Church is necessary for the authenticity of religious life in general, but also that hierarchical authority in the Church has a role to play in the founding of particular ways of life and their continuing development. Nevertheless, it is noted that particular individuals holding responsibility for this aspect of church life have not always been helpful in their attitudes and interventions.

Finally, it is important to recognise that the intention of this book is to begin a conversation about the future of Catholic religious life. The optimism expressed by Timothy Radcliffe OP in the Foreword regarding the imminent revival of religious life in the West may, then, be overly sanguine. However, the conversation having begun, it is to be hoped there will be further contributions from the Religious Life Institute, sustaining a dialogue likely to continue after most of the authors in and likely readers of the present book will no longer be alive to participate in it.

Gero McLoughlin SJ is Promoter of Ignatian Spirituality for the British Jesuit Province.

Find this book on the Columba Press web site

Gemma Simmonds CJ writes for Thinking Faith about A Future Full of Hope?