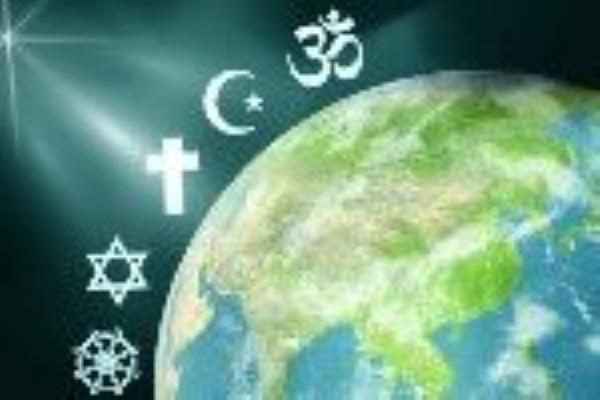 The ‘three pillars’ on which Dermot Lane bases his new book on the theology of religions are the teaching of Vatican II, the role of the Holy Spirit as the foundation for dialogue and a Christology which sees Jesus not as an obstacle but an inspiration to engagement with the other. These themes are knitted together into a perceptive and refreshingly honest argument which touches on a number of important issues. Lane begins with the contemporary religious and interreligious scene, maps out the terms of the debate about theology of religions as it has emerged in the last half century, provides an admirably tight yet accessible account of Rahner’s approach to transcendence, and in a final chapter opens up some insightful reflections on the significance of the Church’s relationship with the Jewish people for interreligious relations as a whole.

At first it feels as if this chapter is in the wrong place. There is, however, an important logic in Lane’s carefully nuanced exposition. Nostra Aetate, Vatican II’s celebrated declaration on other religions, first saw life as an attempt to remedy the wounds caused by centuries of Christian anti-semitism. In this sense it marks a new beginning – a powerful reminder to Christians that the Jews, the people to whom they owe their own religious life, ‘remain most dear to God’. In its final form, Nostra Aetate set the relationship with the Jews within a much broader perspective. As well as a brief statement on Islam, there are references to Buddhism and Hinduism and a number of practical exhortations to engage generously with other religious traditions.

Read in the light of the Council’s other documents, especially the great Constitutions on the Church and Revelation, these few paragraphs chart what amounts to a trajectory of learning for the Church. Contemporary reflection on the relationship between the Church and ‘the other’ takes its rise from what Christians share with Jews. In these terms, theology of religions draws its energy not from speculative theories about salvation outside the Church, but from shared stories about Covenant and Exile, loss and return, tragedy and the hope which the Spirit goes on building in a dark world. In an important sense, therefore, this is where all reflection on the ways of God with human beings must return. If Christian faith is to engage with the proliferating religiosity and anti-religion of the ‘secular age’, it must return constantly to the foundation upon which all our theological pillars stand: the depths of God’s love made manifest in the Mystery of Christ.

How is this Mystery known – and how is it to be made known? Like many theologians working in this area, Lane detects in pneumatology an important way forward but he is right to insist that any account of the Spirit needs to be made both theologically and philosophically more robust. Otherwise it is all too easy to revert to some vague language of interiority and inner experience or – worse – ‘spooky stuff’ about visions, hauntings and the stuff of spiritualism. More dangerously it sets up a dual economy, a dichotomy of Word and Spirit. What Irenaeus famously referred to as the ‘two hands of God’ is nothing if not a reminder of that most powerful yet subtle of all biblical themes: the movement of the Spirit as God’s creative energy which seeks always to enter into matter and become the very ground of our being.

This is where Lane makes his most creative move, linking pneumatology with a theology of revelation. He gives us an important idea, taken in the first place from Bernard Lonergan: the distinction between the ‘inner word’ of the Spirit present in God’s work of creation and the ‘outer Word’ given explicitly in the Incarnation. What demands attention is the dynamic link between human receptivity to the movement of grace and the more precise moment of God’s act of self-communication which Christians recognise in the person of Christ. Lane’s point, following Lonergan, is that the Spirit is always active in making explicit the reception of God’s revelation. This opens up the role of the imagination as the source of true wisdom and understanding, what a little later he describes as ‘that particular location within the human where the human spirit encounters the Divine Spirit or, more correctly, where the Spirit of God addresses and invites and summons the human spirit.’ (p 217)

This is a welcome insight. Nostra Aetate exhorted Christians to engage in ‘conversations ands collaboration’ with others. In the nearly fifty years since the declaration was promulgated, extraordinary progress has been made: friendships have been established; barriers broken down; new structures of engagement established. But the next half century is likely to be much more challenging. If cross-religious friendships are to survive the rise of fundamentalism and the insidious growth of religiously-inspired violence, then something more robust than tolerance and good will is required. The work of the creative imagination has to have a sense of direction. The task, as Lane intimates, is to bring reason and imagination together. The freedom of Spirit needs the clarity of Logos.

Lane does not give us a scheme for how this is to be done. That is hardly surprising. What I find encouraging in his account, however, is the focus on the key teaching of Dei Verbum, the Council’s constitution on revelation. The source of revelation is Christ, the incarnate Word who is present wherever the Church is gathered to worship, to pray, to celebrate, to teach and to engage in the myriad works of witness which make up the life of Christian discipleship – which must include dialogue of all kinds with other persons of faith. In renewing the sources of the Church’s own inner life – surely the most important of the fruits of Vatican II, and particularly Dei Verbum - Christians have to go back and repeat what is to be found in the scriptures: not a finished story but a record of hearing and responding to the Word. In reading and enacting that story we learn how to engage with others, how to use the imagination to cross boundaries.

No one who cares for the future of the Church in the midst of a pluralist world can afford to ignore this book. Half way through, Lane quotes Karl Rahner. ‘We must face the possibility, with fear and trembling, that we could be the ones who stifle the Spirit – stifle him through that pride of “knowing better”, that inertia of the heart, that cowardice, that unteachableness with which we react to fresh impulses and new pressures in the Church.’ (p 182) We could give in to inertia and cowardice, even the arrogance which refuses to learn and has forgotten that the Gospel is all about communicating Good News. Any sort of communication is a two-way process; to speak effectively we first have to listen and learn. When we are ready to hear the ‘outer word’ – spoken perhaps in strange ways and strange languages - then can we expect the Spirit of God to stimulate the imagination of our ‘inner word’ to think of new ways of teaching and learning.

The reviewer, Michael Barnes SJ lectures in the Theology of Religions at Heythrop College, University of London. He is author of Theology and the Dialogue of Religions (CUP, 2002) and Interreligious Learning (CUP, 2011).

The Orphan Scandal: Christian Missionaries and the Rise of the Muslim Brotherhood

Christian Lives Given to the Study of Islam