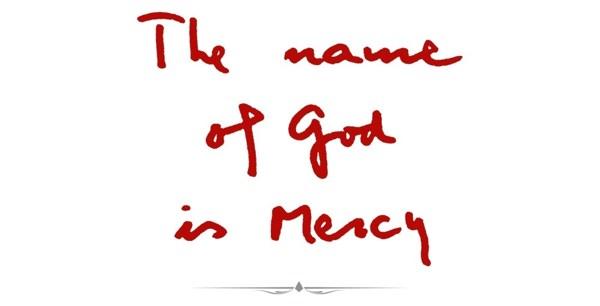 An anecdote about taking a cross from a dead priest is perhaps not one you would expect to hear from a pontiff, but The name of God is Mercy is full of such of disarming tales from Pope Francis. Most are encouraging stories, about people who have practised or understood mercy, but there is also the occasional warning about religious rigidity or arrogance. No story is wasted and, typically of Francis, each is used to make a deeper theological truth accessible. In the story of the ‘stolen’ cross, for instance, Francis explains that the priest had a reputation for being an exceptional confessor and that, as he took the cross, Francis prayed to have ‘half of [his] mercy’. To this day, the pope carries the cross in his top pocket and touches it whenever he has a bad thought about anyone. This striking story gives a taste of the refreshing tone of the book: sometimes challenging, always passionate and unavoidably direct, as Francis’ vision of God and our relationship to Him is related in pragmatic and relevant ways.

The book has been published (by 17 publishers in 84 countries simultaneously) to mark the Extraordinary Jubilee Year of Mercy. The blurb promotes it as the first book by Pope Francis, which may come as a surprise given the plethora of books about him and even more so when we take into account the relentless pace of this papacy: it can be difficult to keep up with Francis due to the sheer amount of speeches, homilies and interviews that he gives. This text is the product of a series of interviews Francis gave to the prolific and respected Italian writer and journalist, Andrea Tornielli. In an age of wall-to-wall media, where the distinction between reporting the news and commenting on the news is not always clear, where opinion and fact often seem interchangeable, it is refreshing to hear Francis’ voice so clearly through this book. These are his actual words – not what we want to hear, not what our prejudices and projections emphasise or take out of context.

Tornielli compiled the text after a series of meetings with Francis, who had just returned from his visit to Latin America in 2015. It is composed in the style of a dialogue – at times theological – with the pope answering a series of questions from Tornielli, and reading it is like eavesdropping on a free-flowing conversation. It feels spontaneous, not at all as if the questions were submitted weeks beforehand, which previous papal protocol would have demanded. However, the spontaneity doesn’t affect the depth of the answers, through which we are able to harvest the fruits of Francis’ many years of priestly ministry. The questions range from, ‘Why do we need to confess?’ to, ‘Can we have too much mercy?’ Many questions focus on what happens in the confessional; however, the book is not limited to this practice but also develops a public understanding of mercy, as Francis has done throughout his papacy. I hope that it will be used fruitfully by the generation now in seminaries but also be pondered by policy-makers and that self-titled group of ‘opinion-formers’.

It is notable that one of the first points that Francis makes in this book is that the idea of a Year of Mercy is thoroughly consistent with the ideas of his four most recent predecessors. There is nothing new here – he seems aware that his critics wish to pursue the divisive myth of ‘rupture’ with previous ways of thinking, whereas he is keen to emphasise continuity. That continuity is a testament against the cult of personality on which many world leaders are capitalising. Charismatic personalities seem to be making a dramatic impact across the globe at the moment, but this is one worth listening to. Unlike the populist demagogues from the US to the Philippines, whose messages are of fear and division, this book offers a witness to the need for reconciliation, for working together, for healing. The foundational grace of the First Week of the Spiritual Exercises of St Ignatius is an interior knowledge of being a loved sinner. This is an experience that has transformed this Jesuit pope’s life, and he wishes it to transform the Church and the world.

Fr Tim Byron SJ is Chaplain to the Manchester Universities and is a member of the Holy Name Jesuit Community in Manchester.