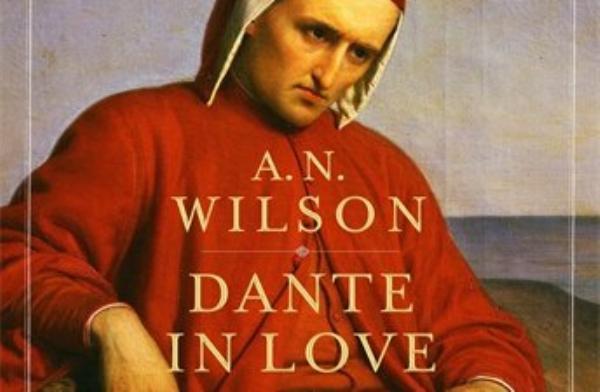 The Leeds University drama students’ performance of Dante’s Inferno in Millennium Square in the centre of Leeds attracted quite a crowd recently on a warm sunny evening. The square which hosts a German market before Christmas and an ice rink in winter is a large, paved, public space facing the city’s Civic Hall and dominated by a huge TV screen carrying the hourly news and sport nationally and locally. A young Dante took the centre stage and on came his guide, Virgil, offering to lead him from the dark wood into an exploration of Hell. They first encounter a desperate dash across the square of a horde of characters. In Dante’s great poem, he is taken down into an emblematic hell, of anger, lust, resentment, disloyalty to friendship, greed and fraud. But hell for Dante is a place to be journeyed through, encountering individuals who ‘have been of significance to himself either in life or in imagination’ (Wilson). From the age of thirty (1295-1301), Dante was involved in the day-to-day business of practical Florentine politics, but the young politician upset the contesting powers-that-be and was banned from his home city and exiled with the threat of death if he ever returned.

Little wonder that he peopled his vision of Hell with his political and ecclesiastical enemies. In Millennium Square we were introduced to some of them and the giants he encountered on his journey through hell with Virgil, Briareus, and Ephialtes and the one-eyed Polyphemus appeared as intimidating faces on the screen threatening us all. On came the transfixed adulterers, Paolo and Francesca, followed by the demons of the Malbolge ‘dunking those who trade in public office and prodding the backsides of corrupt public officials beneath the bubbling boiling surface’ on the TV screen resonating through the sound system. For Dante, the sin of ‘barratry’ – selling political office – deserved being tipped into a huge municipal wheelie bin and being carted off to Hell’s roaring fires. Linking the theme to the recent MP expenses scandal, the Malbolge devils brought the audience out in spontaneous applause. As Dante stressed (in Wilson’s words) ‘ no one is in Hell who did not in a sense choose to be there… some besetting sin distracted their reason and made them prefer money or power or their uncontrolled anger or sexual pleasure to the virtue which every mind and every conscience can recognize’ (p209).

A.N. Wilson’s fascinatingly readable Dante in Love does not focus on deadly sins but rather introduces us to the actual places and characters that made up Dante’s world in medieval Florence, ‘in Dante’s century, mid-thirteenth to mid-fourteenth century, history finds the origins of modern Europe – a Europe of emerging vernacular languages and literature, emerging nation states as opposed to the idea of Empire, emerging freedom of thought in science, philosophy and religion’ (p118). A.N. Wilson has reconstructed a historical tour guide packed with entertaining and illuminating details, carefully and clearly describing the complex local conflicts of the Ghibelines and Guelfs that dominated Dante’s Florence, telling of riots in Florence in the key year of 1300 and tracing Dante’s personal relationships.

Though it is Dante’s Inferno that has attracted most literary attention (and translation) A.N. Wilson reminds us that it is only part of a trilogy that also includes Purgatory and Paradise. Moreover, it is Dante’s personal and poetic journey that really intrigues him. He describes Dante’s great work, The Comedy, as a ‘mystical autobiography’ in the tradition of St. Augustine’s Confessions and insists that ‘if Dante’s Comedy works – if it takes you over, which is what it is trying to do – then in the end, you become the pilgrim, your fears and terrors find you isolated in the dark wood; your sins are purged as you climb the mountain; you are led by Beatrice/Grace into the heavenly vision. His journey becomes the human journey’ (p232).

The historical background is all there, as are Dante’s philosophical and poetical influences. We are introduced to Boethius, St Thomas Aquinas (noting that Dante had lectures from Reimigio de Girolami, a Dominican in Florence and pupil of Thomas Aquinas) and Francesco Petrach. But A.N. Wilson’s Dante in Love is not just a close textual commentary. He gently takes us deeper in. W.B. Yeats referred to Dante as ‘the chief imagination of Christendom’ and A.N. Wilson invites us to explore with him the essence of Dante’s poetic journey suggesting that ‘it is also however, the journey of Sanctification which every reader or hearer of the Comedy must make if he or she hopes for Paradise by finally making sense of the word ‘love’’ (p.233). Dante in Love therefore is a personal invitation to read Dante’s Comedy; to enjoy the peopled dramas of Hell but to keep moving on to Paradise, the ‘boldest work in western literature’, and Wilson proposes ‘one should spend a minimum of several months reading the Paradiso, if necessary only a few lines a day, contemplating what it offers, and where it is claiming to lead, and if it achieves its effect, it will have led the reader to the vision experienced by the pilgrim poet. Its aim is nothing less than to enable us to see God’ (p302).

A.N. Wilson’s Dante in Love is a brilliantly enjoyable in-depth introduction, but his real purpose is to get non-specialists to read Dante’s three part Comedy themselves, not least because ‘love is important’ and by no means restricted to Dante’s dreams of his deceased childhood sweetheart Beatrice. Rather its essence is of reaching to God himself, developing the mystical dimension that transcends the failings of politics, relationships and even the Church. In his introduction to St Thomas Aquinas (CTS Great Saints Series), Fr Vivian Boland O.P. says St Thomas ‘shows us that holiness is also about the mind and that the mind too must fall in love with God’. A.N. Wilson’s Dante in Love takes us inside a mind journeying in that direction.

The reviewer, John Battle, was Member of Parliament for Leeds West from 1987 to 2010.

Find this book on the Atlantic Books web site

Obama and the politics of community organising

What has the EU done for ... Slovakia?