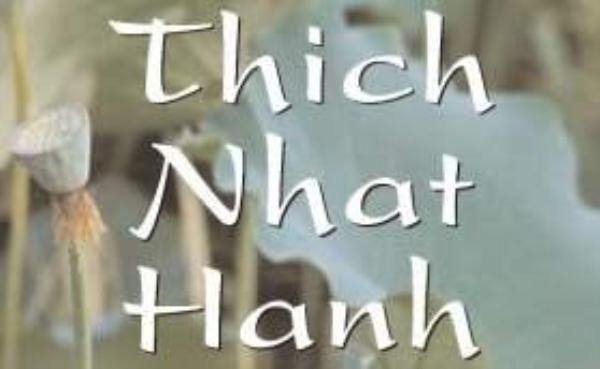 One of the mysteries about Buddhism is how an ascetical practice could become a world religion.  Buddhism originated with the experience of one man, Siddhartha Gautama, within the broad Indian ‘renouncer’ tradition.  Now it forms the primary spiritual support for more than 400 million people in countries as diverse as Mongolia and the USA.  Any satisfactory answer to the question has, no doubt, got something to do both with the history of the diffusion of the Buddhadharma – the ‘Buddha’s teaching’ – as well as its extraordinary ability to adapt to and transform culture.  But it’s also, and rather more profoundly, saying something about the universal truth behind the Buddha’s original experience of enlightenment.  The Buddha taught a ‘Middle Way’ which can be summed up in what he called the ‘four noble truths’ and the ‘eightfold noble path’.  This path between extremes has, of course, frequently found itself presented either as a mystical gnosis which is bound up with the cultivation of inner states of consciousness, or as a nihilistic ‘philosophy of life’ which is antipathetic to all religions, especially Christianity.  The truth is a lot simpler.  But it takes a good teacher to pierce through the murk of obfuscation.

Thich Nhat Hanh is a Vietnamese Buddhist monk, largely responsible for introducing the movement known as ‘Engaged Buddhism’ to the West.  He has written several popular books, full of simple wisdom and practical advice about the virtues of human living.  This collection of extracts from his most important writings is prefaced by an introduction from Annabel Laity, one of his pupils, who fills in his biography.  Thich, she tells us, is a title given to all Vietnamese monks, associating them with the ancient Indian Śakya clan of Siddhartha Gautama.  Nhat Hanh means something like ‘one action’ – and maybe says something about the single-minded commitment to an accessible meditative and ethical religious practice for which this remarkable monk has become famous.

Born in 1926 in central Vietnam, Thich Nhat Hanh developed a taste for meditation from an early age and joined the Zen monastery of Tu Hieu at the tender age of sixteen.  The peace of those early years was disrupted by the upheaval of the colonial war against the French and the subsequent struggle between the two sides of his divided homeland.  In the early 1960’s Thay - ‘teacher’, to use the form of address which Laity uses – went to the USA, ostensibly on a scholarship to study comparative religion at Princeton.  There he soon found himself caught up in the political turmoil which attended the Vietnam war.  An increasingly outspoken advocate of the anti-war movement, he became the friend and confidante of the likes of Thomas Merton and Daniel Berrigan and was nominated by Martin Luther King for the Nobel Peace Prize.  Identified as a communist sympathiser, he was eventually forced into a permanent exile from his native land.  In 1969 he led the Buddhist delegation to the Paris peace talks.  With the end of the war in 1975 he settled in France, eventually making Plum Village in the Dordogne the centre of a community which he calls the ‘Order of Interbeing’.

That curious term underlies his teaching.  At the beginning of a set of extracts entitled ‘The Sun My Heart’, Nhat Hanh opens up his particular mix of contemplative freedom and politically committed activism by talking about the relationship between the sun and the clouds, which are supposedly ‘out there’, and the paper on which he is writing these words.  ‘The cloud is essential for the paper to exist.  If the cloud is not here, the sheet of paper cannot be here either.  So we can say that the cloud and the paper inter-are.’  ‘Interbeing’, he coyly tells us, is a word which does not yet exist in the dictionaries – but the insight which it represents is as old as the Buddha’s enlightenment.  Thus he keeps coming back to the basics of the Buddhadharma, and particularly to the practice of mindfulness, the single most important element of the noble eightfold path.  Mindfulness is about attending to the present moment, and what is known there - not a sudden flash of insight but that long loving regard which appreciates life for what it really is.  The final section of the book is prefaced with a little story.  ‘The Buddha was asked, “What do you and your disciples practice?” and he replied, “We sit, we walk, and we eat.”  The questioner continued, “But sir, everyone sits, walks and eats.”  The Buddha told him, “When we sit, we know we are sitting.  When we walk, we know we are walking.  When we eat, we know we are eating.”’

Like all of Thich Nhat Hanh‘s books, this collection is for quiet pondering rather than organised study.  Poetry and personal reminiscence are mixed with deceptively simple reflections culled from a lifetime’s engagement with the central themes of Buddhism.  Nor is it just about Buddhism.  Nhat Hanh is also interested in the ‘non-self’ of Buddhism – whatever can transform the way we see the world, which for him often means the person of Jesus and the teaching of Christianity.  At times one wishes for a little more attention to the subtleties of Christian theology and the more difficult truths of the Buddhist teaching of ‘no self’.  But ‘Thay’ does have a point.  True religion begins and ends with practice, and with the transformation which every moment can bring.  Thus it is that we are all called to practice ‘in such a way that Buddha is born every moment of our daily life, that Jesus Christ is born every moment of our daily life – not only on Christmas day, because every day is Christmas day, every minute is a Christmas minute.  The child within us is waiting each minute for us to be born again and again.’  Buddhism is sometimes caricatured as the godless pursuit of self-important obscurities.  But in the hands of a great teacher it opens up the potential for liberation and new life in the heart of each and every human being.

The reviewer, Michael Barnes SJ, lectures in the Theology of Religions at Heythrop College, University of London, and is Director of the De Nobili Dialogue Centre in Southall, West London. He is author of  Theology and the Dialogue of Religions (CUP, 2002).

Beyond Reason? The problem of solving the meaning of life

Let it begin with me