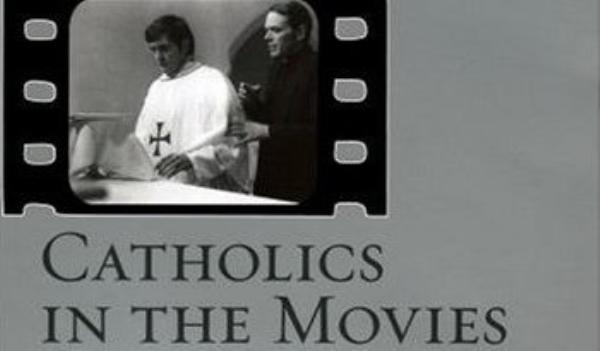 Baseball, apple pie and Chevrolet: the stereotypical quintessence of America. Yet to this list must surely be added the silver screen, as Americans have had an enduring love affair with the movies. From the early years of silent films to the modern era of slick computer-generated characters and places, we cannot seem to get enough of this escapist form of entertainment. Movies make us laugh with their inanity, shock us with their brutality and impress us with their ability to transport us to another time and place. They also, as Catholics in the Movies seeks to demonstrate, can serve as historic signposts that mark the shifting religious lines and understandings within a country like the United States. This excellent selection of essays provides a unique and creative chronological glimpse into the American attitude towards Catholicism over the past 100 years, moving past the normal, scholarly explorations of celluloid salvation. In what reads as part film review, part social criticism, and part historical text, this resource unpacks a wide range of films (including The Song of Bernadette, The Exorcist and Santitos) to trace American viewpoints of Catholicism over the past century.

At a time when interest in the role of faith in America continues to grow, the films explored in this collection illuminate the development of what is today the largest single denomination in the United States and reflect on the changing relationship between Protestants and Catholics. The early years of movies coincided with waves of (primarily Catholic) immigrants arriving on American shores, as well as with a time of social reform movements. Progress was still seen to be the domain of Protestants, and disagreements about the causes of poverty remained. For Protestants in America, the poor simply lacked moral strength, while Catholics viewed poverty as a wider, systemic problem rooted in the home environment and other factors. The Catholic director of Regeneration (1915) strove to find some middle ground between the two. “The implied Protestantism of the settlement house offers literacy, order, and love” (51) while miraculous interventions and an emphasis on the social causes of poverty marked the film as having Catholic roots. According to Judith Weisenfeld, “the success of Regeneration portended the possibility of silent movies serving as a useful arena of discussion and encounter between Catholics and Protestants in America” (53), even at a time when anti-immigrant sentiments were rising.

What one discovers in the remaining essays, which are seamlessly woven together to paint a coherent picture, is the way in which films, even those claiming to be ‘historic’ or ‘biographical’, often describe the prevalent attitudes and cultural norms of the time when they were made, rather than those of the era they seek to depict. In Seven Cities of Gold (1955), a rosy view is shown of a dedicated Fr Juniper Serra and the Spanish Conquistadors bringing Christianity to the Aztecs. While far from historically accurate, the film provides “a rich portrait of the religious world of Cold War America” (146). By the 1950s, the spread of Communism led Catholics to push for greater missionary work to combat this growing threat. In much the same way, Entertaining Angels: The Dorothy Day Story (1996) tells very little about the real Dorothy Day, but speaks volumes about the shift in Catholicism in the 1990s towards an emphasis on personal morals, over faith and social justice. The back-to-back analysis of Dogma (1999) and The Passion of the Christ (2004) was of particular interest, highlighting the wider societal divide and debate about the nature and role of Catholicism (and religiosity in general) in today’s world. Who, after all, can claim, “I’m Catholic”? And what does that mean in the twenty-first century?

Many of the films discussed in this collection are not movie ‘classics’, and some, according to the authors, are downright awful! Those that are well known and loved have often been explored as allegories or have had interpretations fitted to them. However, all demonstrate shifts in both external and internal views of Catholicism in America. Each subsequent chapter of this book builds upon the previous, and leaves the reader longing for more. Whether the primary interest is religion, Catholicism, history, American society/culture, or simply an interest in the behind-the-scenes world of these films, no one should be left wanting with Catholics in the Movies. All that is needed now is the companion collection of DVDs.


The reviewer, Elizabeth Paulhus, is the former IYLN Global Young Leaders Scholar, and recently completed work as a researcher at the Centre for the Study of Faith in Society at the Von Hugel Institute, Cambridge.

Catholics in the Movies at Oxford University Press

When Eve met Jesus: some considerations for a Holy Saturday meditation