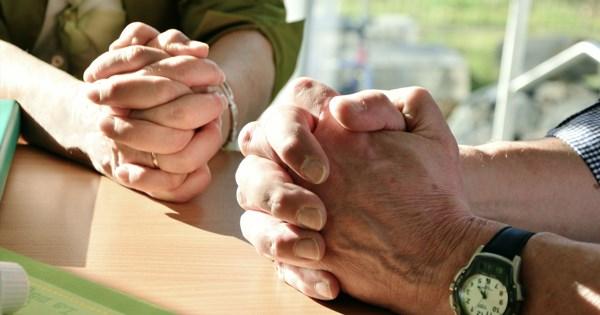 Raymond Friel: So, in the West, there seems to be a crisis of vocations to the priesthood or to religious orders. How do you see the Church responding to this lack of vocations, and is there enough being done to develop a new model of the Church?

Gemma Simmonds: I don’t think there is anything like enough concentration on what is happening. It’s fascinating that in this country in the last five years there has been a 300 per cent increase of women entering the religious life. Of course, that’s a 300 per cent increase from almost nothing, so it’s not that we’re building new convents up and down the M1, you know. There certainly has been a rise in women seeking a vocation. What is clear is that the old cliché, which I of course lived myself, of the fresh-faced 18-year-old bouncing out of school and straight into the noviciate, that has gone forever more. What we are seeing is many women in what in the world would be called a sort of second-career mode, women in their mid-to late-thirties, maybe in their early or mid-forties or even fifties, saying, ‘You know what, I’ve done some stuff with my life. I’ve worked; I’ve maybe been in relationships; I’ve set my household up, and this is just not enough for me. I actually, I want to belong to God; I want to belong to the people of God. I want to give everything I have to God. And this means giving up my previous life, giving up my career, giving up my possessions, giving up my home, and joining a religious community.’ These are very brave choices for these women but so far, I see a number of women succeeding in this.

We are conscious that if women who are coming in to join us have to adapt to us, and to our way of life, we also have to be adaptable to them. We cannot demand that there’s a sort of one-size-fits-all model. And so, it’s quite a demanding business these days, receiving new vocations. But thank God, we’ve also got, and have had since the Second Vatican Council, a much stronger theology of vocation from baptism. As baptised persons, you are baptised to be prophetic; you are baptised to live and work as signs of the kingdom. And you’re baptised in order to be part of the kingly people of God, the Servant King, Jesus the Servant King, to be followers of the Servant King. I’m not sure that we’ve done anything like enough to talk to people in business, to talk to people working out there in the world, how they live this out in their ordinary daily lives. We know there’s been a huge growth in ecclesial movements, so of course now we’ve got a lot more groups where there are people taking vows, some people making a life commitment, some people are making a temporary commitment. Married people, single people, groups like Focolare or Chemin Neuf, who have a very, very varied membership – some of them are actually ecumenical; they are not all Catholics. I think this is very exciting, and I’ve met a number of people from these groups who are hugely impressive. Where I think, I would be a bit wary is, when you get little groups who are almost making themselves a little ghetto within the Church, a sort of safe little ghetto where everything can be super-Catholic, and we don’t really mix with the world or when we do, it’s on our terms. I’m not sure that that’s very healthy. It will be interesting to see, maybe in fifty years’ time, where some of those groups have gone. But I think we’ve got to go out there into the marketplace. We can’t keep that closed in little Catholic ghettos, whether it’s of religious orders or movements or, you know, parishes. I am all for groups that help people to grow and develop and nurture their faith. And of course, it’s much easier if you are in a small group where you’ve got friends, you’ve got support, you’ve got a stronger sense of identity. I think people can get lost in a parish. But I don’t think this is a substitute for a really strong theology of baptism.

Sr Gemma Simmonds CJ was in conversation with Raymond Friel as part of Redemptorist Publications’ series, The Hope that is Within You.  The series is designed to pose critical questions to key individuals in the contemporary Christian community, asking them to give an account of their faith and its relevance in today’s world.

The CD and transcript of the full interview are available from Redemptorist Publications.