Skip to main content
Photo by Lord Mariser at flickr.com 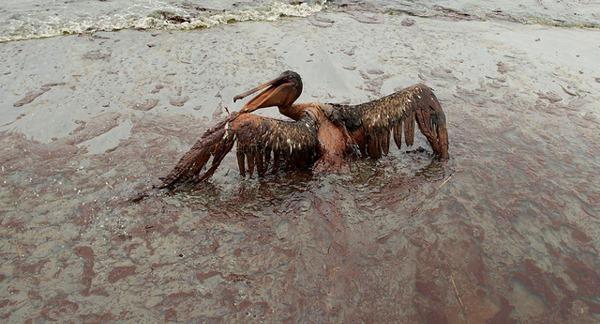 ‘The gravity of the ecological crisis demands that we all look to the common good, embarking on a path of dialogue which demands patience, self-discipline and generosity’, writes Pope Francis in Laudato si’. When we struggle to show this patience, particularly in the face of what we perceive to be wrongdoing, we should look to the resilience of the natural world for encouragement and instruction in this particular work of mercy, says Henry Longbottom.

The Marsh periwinkles have showed signs of recovery. Acrobat ants are gradually reappearing. Much to the surprise of marine biologists, blue crab communities seem to have been unaffected. Others, however, have fared less well: mortality rates for bottlenose dolphins have doubled, and sea turtles have had to move on. Meanwhile, oil deposits on the seafloor have not degraded. But overall, the ecosystem is slowly picking itself up after a devastating blow.

This is a snapshot of natural life within the Barataria Bay of the Gulf of Mexico. The bay was one of the areas hit hardest by the Deepwater Horizon oil spill of 2010, an environmental disaster of unprecedented scale. Over an agonising 87-day period, millions of gallons of oil spewed into the ocean from a sunken, BP-owned oil rig. Six years on, the oil-stained pelican is gradually rising from the ashes.

Does the way in which nature bounces back help us to understand the spiritual work of ‘bearing patiently with those who do us ill’? The Gulf of Mexico disaster certainly shows us that the natural world is infinitely patient with humanity’s mistakes. Poisoned ecosystems and endangered species suffer the wrongs of their human neighbours gracefully. And without bearing grudges. Perhaps we can therefore say that Mother Nature is merciful to those who depend on her for their livelihood and flourishing. Following the years of contamination, people are now able to enjoy the beauty of the Gulf of Mexico, swim in its waters, relax on its beaches and eat its sea life. In other words, nature exhibits the ‘kind of patience God shows, who is so patient with us’, as Pope Francis puts it in Misericordiae Vultus (§15).

Non-human species and ecosystems do not have a voice to assert themselves in the corridors of power or courts of law. And yet this is not to say that they are simply passive to injustices committed against them. Rather, their strength lies in resilience. In the face of destruction, they refuse to yield.

There is surely a parable here for those of us persevering with the idea of patiently putting up with the ills of others, and especially in the context of the call for ‘ecological conversion’ in Laudato si'. As Pope Francis observes, the path towards reforming attitudes, towards treating the world as our common home, is littered with hurdles. In particular, he singles out ‘obstructionist attitudes, even on the part of believers, [that] can range from denial of the problem to indifference, nonchalant resignation or blind confidence in technical solutions’ (§14).

When it comes to confronting ecological challenges – whether specific pollution incidents or more general threats like climate change – there are bound to be multifarious opinions as to the appropriate response.  Laudato si’ makes it very clear that debate is to be encouraged rather than stifled: the Church ‘knows that honest debate must be encouraged among experts, while respecting divergent views’ (§61). Hence there is little scope for the ‘no-platforming’ of climate sceptics at one extreme, or shunning deep ecologists at the other. Instead, dialogue with those who hold differing and even diametrically-opposed positions is imperative. Now, this may well involve a sense that we are having to compromise our principles and, yes, having to ‘bear others’ wrongs’. But the call to ecological conversion is also a call to be more merciful. Like the ecosystems in Barataria Bay, our strength will lie in patient resilience rather than striking back or resorting to point-scoring.

Again, Laudato si’ is instructive on this point: ‘The gravity of the ecological crisis demands that we all look to the common good, embarking on a path of dialogue which demands patience, self-discipline and generosity, always keeping in mind that “realities are greater than ideas” (§143). Thus dialogue demands ‘generosity’. This brings to mind one of the guiding principles or ‘presuppositions’ of the Spiritual Exercises. St Ignatius provides that those giving and making the Spiritual Exercises should, at least initially, be eager to put a good interpretation on a neighbour’s statement rather than condemn it. Such an approach instils a sense of mercy and humility in relationships.

But what of Pope Francis’ observation that ‘realities are greater than ideas’? Here is a warning about the dangers of getting trapped into ideological positions which can blind us from seeing the reality on the ground. As uniquely rational animals, humans are able to think and to develop ideas. Problems arise, however, when our ideas become detached from an ability to respond to concrete reality and experience. When this happens we become less merciful and unable to bear the perceived wrongs of others. So we can perhaps learn much from other aspects of the natural world, which, although lacking human awareness, are resilient to others’ crimes and harbour no grudges.