Skip to main content
Photo by Nick Page at flickr.com 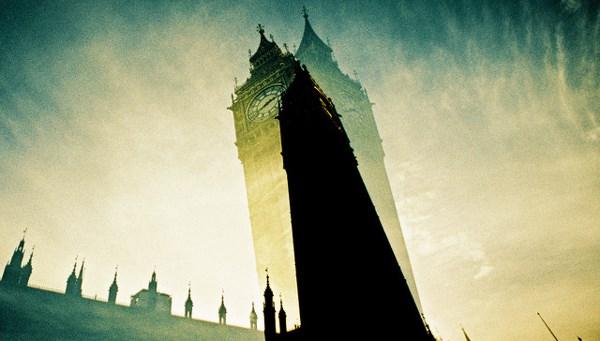 The General Election might have returned a Conservative majority government, but the results ‘cannot disguise a deeply divided nation, one which has rarely been more fragile and is heading into a precarious future.’ James Hanvey SJ looks to what lies ahead and suggests that two pillars of Catholic Social Teaching can invigorate politics and allow it to serve, rather than instrumentalise society.

At its best, the democratic process is a sort of collective discernment about the sort of society and nation we wish to be. The results of the 2015 General Election appear to present a picture of a society that is confused and not sure who it is or to what it is aspiring. This is partly the fault of the political parties themselves. The campaigns of all the parties revealed the extent to which vision had given way to pragmatics and tactics. They all underestimated the extent to which the public was tired of the ‘old’ politics. Too often, it was fear rather than generosity that was invoked. It was all somewhat seedy and parochial. Voters are not simple-minded consumers who are looking for a cheap policy bargain. Yet so much of what passed in the last five weeks of campaigning often felt like just that: an endless series of special offers in a bargain basement clearance: ‘everything must go’ – and in many, ways it did!

While the result secures a slight Conservative majority it cannot disguise a deeply divided nation, one which has rarely been more fragile and is heading into a precarious future. Large tensions are obvious. The first is the complex reality and dynamic of the nationalisms that have emerged. The strong showing of the SNP and the virtual extinction of Labour and Conservative MPs in Scotland is the most dramatic. In the recent referendum, Scotland clearly decided against the break-up of the union, while today it claimed something of its independence. Second, there is the imminent question of Britain’s relationship to Europe, itself under pressure from nationalism. It would be an astonishing example of historical ignorance or forgetfulness if, on VE Day, we failed to acknowledge the dangers of nationalism and to recognise that democracy of itself is no guarantee against barbarity, especially when a nation is manipulated into fear by individuals and parties whose only real aim is securing and keeping power. There are also the economic and social divides, not only between north and south but also within communities as inequality grows. There are communities which feel neglect and despair, who rightly or wrongly feel on the margins, and for whom politics is impotent and irrelevant in the struggle for survival. These are complex communities: those on the margins, including immigrants, trapped and exploited, as well as those to whom UKIP gives some sort of voice. For the moment, the campaign and election has allowed them to claim our attention. They will not go away, and if their sense of alienation grows along with inequality, not only is social cohesion eroded, but violence becomes an alternative solution to a failed political framework.

Politics does not need to fail, but it does need to free itself so that it can serve society and not instrumentalise it. Within the complexities and tensions of the electoral results not only has the political landscape changed, but a new sort of politics is being asked for. Nationalism can be creative as well as destructive but it will require imagination to rethink identity and settlements; new modes of union need to be created which respect the legitimate character of peoples (nationally as well as locally), and the significance of place and community, but within a wider community in which one part does not feel subjugated by the other. Here, the two principles of Catholic Social Teaching, solidarity and subsidiarity, can take a constitutional form. It will take a new political imagination to fashion this so that union is not only preserved but redefined in a more productive and dynamic way. It will need to break out of the impoverished push-me/pull-you logic of either/or, into moral, legal, economic and social relations of mutuality rather than competition. If Mr Cameron is serious about returning to a ‘one nation’ politics he will not only need considerable political skill; he will need new ways of thinking and imagining. That will not happen without listening and understanding how people throughout the UK have spoken through their votes. Only in this way can he avoid becoming the prisoner of his own Conservative right wing and begin to lay the foundations for a new politics that is needed to face new the challenges that the 21st century presents.

Whether it is natural or economic disaster that threatens us, since 2008 we have all recognised that a nationalism that is about protective isolation cannot be the answer; indeed it is a danger to all its citizens: we need to build and work within international structures and this requires a different way of thinking. The principles of solidarity and subsidiarity allow us to do that by holding the global, national and local in a creative and mutually supportive relationship. Overcoming the deep and subtle divisions, as well as the urgent need to address health, security, wealth distribution and environmental stress, means that politicians will have to think in a much broader frame than the campaigns revealed. Augustine well understood the contingency and the limitation of the ‘earthly city’ but he also knew that that we cannot abandon it. We have a duty to work to secure the good within it and through it. In other words, we cannot abandon politics. Above all, whether in government or in opposition, parties need to recognise that they exercise their power for the good of all the people, not just those who have supported them. Maybe the elections results suggest that we’re ready to try something new.

Political mindfulness and the plight of modern Britain

What is a brother?
St Francis Borgia
Grey Wisdom: not quite the last word on religious pluralism
Francis of Assisi: A gospel way of life
O Adonai