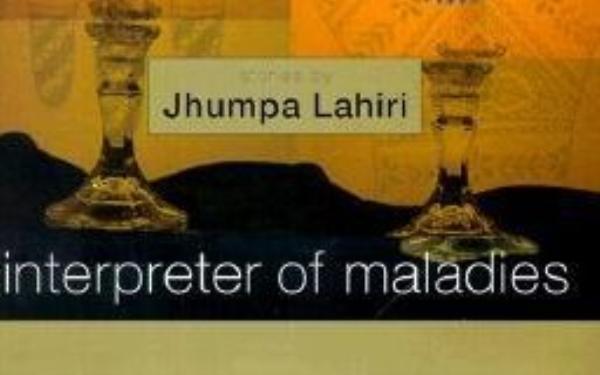 Jhumpa Lahiri’s Pulitzer Prize-winning collection of short stories is this week’s choice for our summer reading list. Dennis Recio SJ marvels at Lahiri’s subtle attention to detail and the way in which her stories transcend the very particular situations of the Bengali-Americans about whom she writes. You really must read Interpreter of Maladies.

In the Berkeley Tanner Lectures in November 2001, Frank Kermode referred to the Czech critic, Jan Mukařovský. Kermode spoke of what constituted an aesthetic pleasure in relation to art and literature:

Broadly speaking, [Mukařovský] argued that the poetic object might be studied with formalist severity as artifact, but that its aesthetic purpose is achieved only by the action of the responsive reader. This response will certainly be conditioned by the norms and values of the reader’s community, but also by individual choices and characteristics – very roughly speaking, by what gives him or her pleasure.

In 2000, Jhumpa Lahiri won the Pulitzer Prize for Fiction and the Ernest Hemingway Foundation/PEN Award for Interpreter of Maladies, her first book consisting of nine elegantly-written short stories. In her book, Lahiri offers the discerning reader considerable pleasure, for her capacity to tell a good story surpasses the particular world of patrician Bengali-Americans of whom she writes.

In Interpreter of Maladies, Lahiri explores an array of themes, most significantly the ways in which Bengali-Americans have capitulated readily to the promises of a country which, at times, can betray the very people who seek opportunity. In ‘A Temporary Matter’, an educated young couple, Shoba and Shukumar, struggle over a shared grief in the midst of a power outage in their neighbourhood. Lahiri shows us, through careful use of domestic imagery, how both of them avoid one another; Shoba escapes through work and Shukumar avoids his dissertation by preparing the evening meal. As Lahiri lays out the terrain of their marriage, Shukumar remembers his wife, Shoba, during an earlier time:

It astonished him, her capacity to think ahead. When she used to do the shopping, the pantry was always stocked with extra bottles of olive and corn oil, depending on whether they were cooking Italian or Indian. There were endless boxes of pasta in all shapes and colors, zippered sacks of basmati rice, whole sides of lambs and goats from the Muslim butchers at Haymarket, chopped up and frozen in endless plastic bags. (p. 6)

While these generous images may deceive readers with their ordinariness, they demonstrate Lahiri’s ability to draw one’s attention to the ways in which memories may also offer a high contrast to the present, signalling that subtle changes in people’s behaviour can mask deeper issues at hand.

In ‘Interpreter of Maladies’, a Bengali-American family visits India and Mr. Kapasi, their 46- year-old driver, observes the dynamic between Mr. and Mrs. Das. To Mr. Kapasi, Mr. and Mrs. Das appear more like siblings and their casual approach to their children illustrates the ways in which Bengali-Americans have taken on parenting norms typical of over-permissive families in the United States. If Lahiri’s Bengali-Americans place their faith a little too readily in the United States, one cannot blame them entirely for believing in a promised land the US has often promoted with vigour and ease. Yet, Lahiri does not ignore the perils of assimilation. She observes the unexpected sacrifice that comes with assimilation which, for Lahiri, means a diluted sense of identity, to the point at which one becomes ineffectual in times of crisis.

Yet, Lahiri does not focus exclusive attention on assimilated Bengalis. In ‘Mrs. Sen’s’, she offers a sensitive portrait of a recent immigrant whose attachment to her life in India makes it difficult for her to adjust to the US. One day, while she babysits the eleven-year-old Eliot, Mrs. Sen asks him: ‘Eliot, if I began to scream right now at the top of my lungs, would someone come?’ Eliot, having become gradually attached to Mrs. Sen, wonders why she would ask such a curious question. Mrs. Sen explains to Eliot that her life in India afforded her immediate access to people, to neighbours who would come to her aid should she need it. As Lahiri draws out the story, Mrs. Sen’s maternal sensibility offers Eliot protection and comfort, qualities which Eliot’s mother seems unable to offer due to the demands of her work schedule. Written from a third person, limited perspective, Eliot observes how Mrs. Sen meets him on his way home from school:

Eliot always sensed that Mrs. Sen had been waiting for some time, as if eager to greet a person she hadn’t seen in years. The hair at her temples blew about in the breeze, the column of vermillion fresh in her part…As they walked back from the bus stop she produced a sandwich bag from her pocket, and offered Eliot the peeled wedges of an orange, or lightly salted peanuts, which she had already shelled. (p. 119)

It is Lahiri’s subtle use of images of remotely-prepared food that show readers the depth of Mrs. Sen’s maternal instincts, but also her longing for a relationship in a country which makes human connection intermittent and difficult. Mrs. Sen’s loneliness differs little from the pain many immigrants face when coming to a culture which too easily prizes independence and offers little opportunity for community.

Lahiri’s stories are poignant without being mawkish. Like any good writer, she does not force issues but raises them and allows readers to draw their own conclusions. If she manages to show us the difficulties of assimilation, it is only in those instances in which Bengali-Americans have assumed easy privilege without considering what they have sacrificed from their own heritage, which may still be a source of knowledge and wisdom. Lahiri warns immigrants not to give up too quickly on something that may still be of value. Where do we place our faith upon immigration? Does one place it exclusively in the new culture? And if so, what are the consequences of doing so?

Kermode continues with Mukařovský and says: ‘Mukařovský further believed that part of the pleasure and the value its presence indicates and measures is likely to lie in the power of the object to transgress, to depart, interestingly and revealingly, from the accepted ways of such artifacts.’ (p. 19) If Lahiri departs from the accepted ways which precede her, it is in her willingness to challenge the reader to reclaim one’s lost, and perhaps neglected, ethnic origins while maintaining a certain measured loyalty to the larger evolving local culture which demands negotiation in order to find belonging.

Dennis Recio SJ is a lecturer at the University of San Francisco and teaches in the English Department and the Saint Ignatius Institute (Great Books programme).