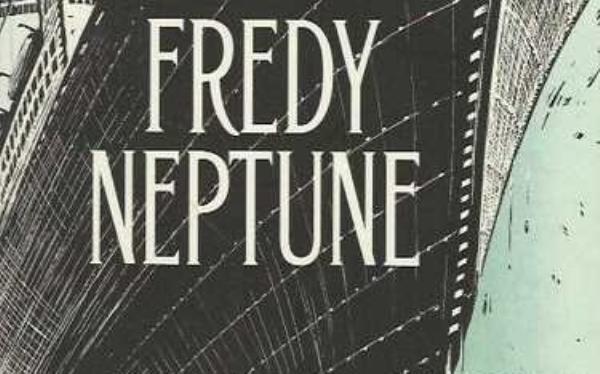 We take a poetic turn with our recommended summer reading this week, as Nathan Koblintz introduces us to Les Murray’s verse novel about ‘a human in a hero’s body’, Fredy Neptune. ‘You should read Fredy Neptune for the drama of Fred’s journey, and because he is the kind of saint… that the 20th century needed more of and the 21st continues to need.’

I read Fredy Neptune in a working week last year, mainly in the dead spaces of airport departure lounges. By the time I was halfway through I knew I would read it again sometime later. Les Murray is not well-known in the UK (despite his established fame in his native Australia), and though emails from the editors of Thinking Faith are always exciting, when one arrives asking for a review of any book of your choice, it is an opportunity to plant a few flags on lesser-known ground.

This novel is a reminiscence told by Fred Boettcher, a German-Australian who loses his ability to feel physical pain when he witnesses one of the many horrors of the early 20th century. It runs from before the First World War to after the Second, crossing continents and seas, as Fred looks for a way back home and a way of living.

Like all good yarns, Fredy Neptune is never boring. It is also in verse, which is Murray’s medium. Unfortunately, the phrase ‘verse novel’ is enough to put most shoppers off (as Murray puts it), but here poetry is simply the rattle and clatter of Fred’s voice. If you are anxious at the thought of reading a novel made up of five long poems, then I suggest you read the opening verses here and see if you like the sound of it. It is hard to imagine the story being told in prose, even if Fred was retained as the narrator – there would be less bounce and pace, more analysis. Murray’s gift as a poet is similar to Emily Dickinson’s: a love of creation that translates into a love of specifics; a belief that life, rather than its opposite, is in the details. As a story-teller he is energetically linear – this happened, then that, then this. The combination of the two makes it feel like you are listening to an entertaining bloke with an angel’s tongue telling stories about what he got up to in his younger days.

It is a book that is teeming with life, from Fred’s domestic family-building to his encounters with the famous of the century – Marlene Dietrich, another immigrant in Hollywood; glimpses of Hitler in Germany – but mostly it is filled with that great ordinary of working people caught within and between the wars. Fred is one of the millions of migrants sent away from home by work or violence, travelling to the Middle East, the USA, Europe in the thirties, the Far East during WW2. His inability to feel pain means he finds work wherever strength is needed – in circuses, warships and factories, and the pubs and streets that surround.

The question that energises Fred and acts as motor for the narrative is this: how are we to be human in a world of horrors? His travels take him into the worst that the first half of the 20th century offered: the mechanized slaughters, the racism, philosophies that crushed humans, economic disasters. Fred never turns away. His physical curse and the strength it gives him makes him into a hero for the vulnerable and weak. As his wife Laura has it at the end of Book 4:

…Most people, she said,
if they do any at all, do ordinary-sized kindness.
Not my Fred.

Fred is a human in a hero’s body. His curse imposes on him a responsibility towards the weakest, but it also isolates him. Murray has written a hugely sociable book, with what must be over a hundred ‘secondary’ characters. In the hands of most authors these figures become background scenery, bearers of handy plot devices, or clichés; but Fredy Neptune has humans in it. Those secondary characters pass by in a few lines or words but they feel extant even after the book is closed. Fred befriends wherever he goes, but the strangeness of his condition makes his workmates fear him; and his inability to feel physical pleasure removes him from human contact and love.

His search for how to be free of his condition is both metaphor and part of his search for a way of being human that acknowledges the full suffering of the century (‘The death and killing world’) whilst not letting it overwhelm him. It makes Fredy Neptune into a kind of felt theodicy – a coming back to relationship, both with God and fellow man. ‘Where’s God in this? Where’s his mercy?’ Fred asks.

…I shuddered at that one. Judging Him and sensing life eternal,
said my self, are different hearts. You want a single heart to pray.
Choose one and drop one. I looked inside them both
and only one of them allowed prayer, so I chose it,
and my prayer was prayed and sent, already as I chose it.

You should read Fredy Neptune for the drama of Fred’s journey, and because he is the kind of saint, with his miracles of strength, his eruptions of compassion and his very human errors, that the 20th century needed more of and the 21st continues to need. Even if you do not read the novel, I hope you will read something of Les Murray’s other work. As a Catholic he has spoken of his poetry being a vocation and of something sacramental in its communion between ordinary and divine; his is a voice speaking against both modish liberalism and the brittle enclaves of the traditionalists. The final lines of his poem about the death of his father, ‘The Last Hellos’, are a brilliant carry-around for the modern world:

Snobs mind us off religion
nowadays, if they can.
Fuck thém. I wish you God.

There is much else written on Fredy Neptune that is worth reading: Ruth Padel’s review here, Murray’s reflective transcript here, the section concerning it in his biography here. But really I suggest buying your own copy of it. No review or essay can touch its energy. As Fred says:

…there’s too much in life: you can’t describe it.

Nathan Koblintz is a former member of the Thinking Faith editorial board.

Full text of Fredy Neptune at the Australian Poetry Library

One of Murray’s best poems, ‘An Absolutely Ordinary Rainbow’ with an audio of him reading it

This Changes Everything: Capitalism Vs the Climate

Seeking the God Beyond: A Beginner’s Guide to Christian Apophatic Spirituality