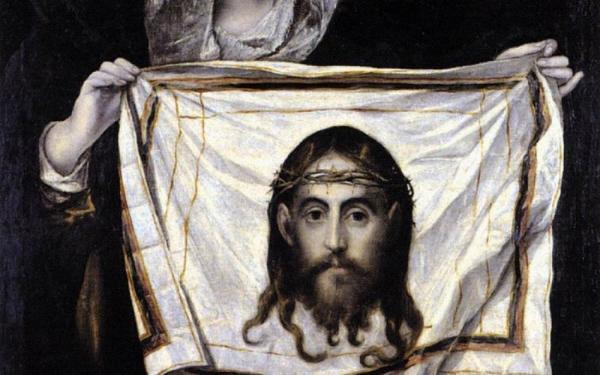 In these reflections on the third, fourth, fifth and sixth Stations of the Cross, Nicholas King SJ helps us to pray the traditional meditations on the Stations creatively, using scripture and our own experiences.

The Stations of the Cross include three falls. None of them is found in any of the gospel narratives, so they have emerged from the creative imagination of Christians devoutly meditating on Jesus’s last hours. Certainly it would not be surprising if Jesus were to fall after the flogging he has received.

If Jesus is not described as falling in any of the scripture accounts, his disciples frequently do. They may not fall physically, but they certainly ‘fall from grace’, and we may be able to identify with them.

And Judas Iscariot (one of the Twelve) went off to the High Priests to betray him to them. And when they heard they rejoiced; and they promised to give him money. And he started to look to see how he might betray him at an appropriate time. (Mark 14:10-11)

At the very time when an unknown woman is anointing Jesus as Messiah, and Jesus is explaining that she is anointing him for burial (so it is a dying Messiah), one of his disciples falls, according to Mark, and hands Jesus over to the religious leaders for money. It is a very sad story.

Can you identify with this fall?

Do you feel the sadness in the story?

This is another episode that is not related in the gospel story. However, John’s gospel does have Jesus’s mother standing by the cross, so we can properly give our prayerful attention to the possibility that Mary was there in the crowds, that they encountered one another on the journey to Golgotha, and that she had the dreadful experience of watching her son die.

There are two possible ways of looking at this episode. The first is to rejoice that Jesus, even in his last moments was able to look lovingly on others, and to set up his mother and his beloved disciple as the start of a new dynasty. The second is to recognise the appalling sadness that his mother is feeling.

Can you recall a situation in your life where someone (perhaps you yourself?) acted with generosity of this sort?

Can you identify with the pain of Jesus’ mother?

And they conscript a certain passer-by, Simon, a Cyrenean coming in from the countryside, the father of Alexander and Rufus, to carry his cross. And they take him to the place Golgotha, which when it is translated is ‘Place of the Skull’. And they tried to give him wine flavoured with myrrh – but he didn’t take it. And they crucify him. And they ‘divide his garments, casting a lot over them [to see] who would get something’. (Mark 15:21-24)

This is a strange story. Notice that Simon is an African (he comes from Cyrene, which is in Libya). He also just happens to be around; he has no apparent interest in Jesus, but is just ‘coming in from the fields’. Nor did he volunteer to help this convicted criminal go to his fate. Mark uses a rather rare word that means ‘conscripted’. So he had to be forced into it. Nevertheless it seems that something may have happened to that African on that Friday afternoon, for Mark tells us that he Simon was ‘the father of Alexander and Rufus’. Now Mark is not one to waste words, and presumably the reason that he shares this information with us is that Rufus and Alexander were known to his church. This in turn means (we may assume without making too much of a leap) that on that Friday afternoon their father came to faith in this unlikely Messiah.

Has it ever happened to you that you found yourself forced into doing a kindness to someone against your will, and were very glad to have done so?

Have you known situations where someone very unexpected was kind to you, possibly for rather mixed motives? Was God at work in that situation, do you think?

As Pilate sat on his judgement-seat, his wife sent to him, saying, ‘have nothing to do with that righteous person; for I have suffered a great deal in a dream today on his account’. (Matthew 27:19)

The story of Veronica is not told in the gospel accounts of Jesus’ passion. But there is a very charming legend about a woman of that name who performed the kindness of wiping Jesus’s face as he walked to his death, and was rewarded by having the image of Jesus’s face printed on the cloth that she has used. And if you press it ‘Veronica’ could be Latin-Greek for ‘true likeness’. Another charming element in the legend is that ‘Veronica’ was actually Pilate’s wife, which is why I offer you this particular gospel text. Matthew tells us the story of a woman (it is so often women who do this sort of thing) who had the courage to stand out against the trend, and urge Jesus’s acquittal.

Have you ever been brave enough to stand out against the crowd?

Do you know people who have had that sort of courage, and been rewarded with seeing the likeness of Christ?

You might also like to pray the Stations of the Cross this Holy Week using ten scripture-based meditations on our sister site, Pray-as-you-go.