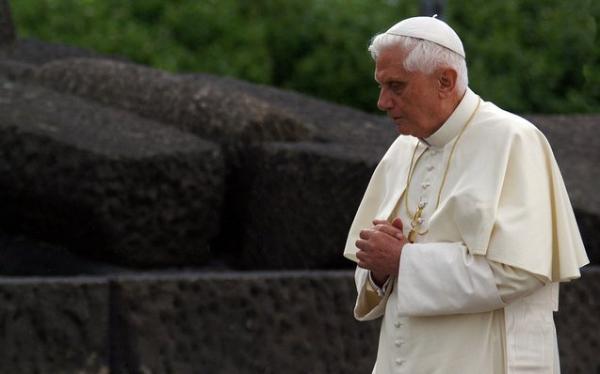 The announcement of the resignation of Pope Benedict XVI has startled the Roman Catholic Church, ‘but maybe this last, charismatic and courageous gesture will be a chance for the whole Church to do some soul-searching and to reflect on what it needs from a pope.’ Gemma Simmonds CJ considers how the experience of recent papacies might inform our hopes and expectations for the next phase in the life of the Church.

Since the day he was elected I have always insisted that Pope Benedict XVI had it in him to surprise us all, so I feel an immense (and rather smug) satisfaction that he has fulfilled my predictions. By and large, radical changes of structure are not the province of consensus liberals but of self-confident conservatives (witness Margaret Thatcher), and the announcement of his resignation from the papacy is nothing if not radical. At one stroke he has demystified the office of pope and made it possible for subsequent popes to resign when old age and infirmity take their toll without fearing that the Church will collapse or the sky fall in.

It has long been the contention of Cambridge church historian Eamon Duffy, author of Saints and Sinners: a History of the Popes, that a strong papacy is not necessarily a healthy thing for the Church. Certainly the pope as superstar is the very recent invention of Pope John Paul II, adept showman that he was. I myself warmed enormously to the pope of my childhood, John XXIII, but the figure of celebrity pope tends to invest all papal pronouncements with a solemnity they don’t all equally deserve, and to take away from the exercise of conscience and authority that is proper both to the local bishop as teacher of the faith and to all the baptised.

Inevitably the Pope’s announcement of his impending resignation has sent shock-waves round the media world. In the Gadarene rush to get people of varying levels of wisdom and factual knowledge to predict why he has made this decision and who his successor will be, I have heard some depressing assertions. ‘Wouldn’t it be lovely to have an African pope!’ exclaimed one cheery pundit on the radio. As if someone’s race could possibly be in and of itself a qualification for the post. This sort of tokenism gets us nowhere. It certainly might be the case that a background of challenging pastoral service could well equip a pope for tomorrow, but someone’s nationality is no guarantee of that. In a number of countries the road to high office in the Church travels not via long experience of pastoral life at the sharp end, but via the diplomatic service or a senior post in a seminary. One can, of course, learn many useful lessons in such circumstances, but one can also become thoroughly clericalised, dictatorial, patriarchal and removed from the life experience of ordinary people. This is not a good seed bed for a happy and effective papacy.

Another radio programme featured an enthusiastic Catholic woman wishing that we could have a pope who would reign for thirty or forty years without changing. There’s a lot to be said for a young, vigorous pope, as we saw from the successes of Pope John Paul II in his heyday. That level of mental and physical energy can be an enormous boost to the Church. But papal longevity is not always an unmixed blessing. It is hard to maintain the momentum of authority over many decades. A certain complacency can creep into the general apparatus of governance, especially one as tortuous and many-layered as the papal curia. The sharpness of a new pair of eyes is missing and vital things can get overlooked without a fresh perspective. Out of a habit of deference and kindness to an old man with a hard job, difficult truths may not be confronted. The last years of Pope John Paul II’s life were certainly a lesson to the world about fidelity to one’s vocation, the value of suffering, authority as kenosis and the sheer pointless vanity of celebrity culture. But I have no doubt that they weakened the papacy and the Church. It is notable that a number of nettles, such as the scandals within the Legionaries of Christ, were firmly grasped by Pope Benedict XVI as soon as he succeeded to the chair of Peter. But in the most urgent matter of clerical sexual abuse, huge numbers of faithful Catholics, as well as critics outside the Church, saw it all as too little too late.

Over sixty years, Queen Elizabeth II has managed to maintain a quite astonishing level of energy and sharpness in her exercise of monarchy. But this is because the buck of government does not ultimately stop with her. The pope is not a constitutional figure, and the unseemly turf wars that appear to have been raging in the Vatican in recent months are evidence of a power vacuum. The only appropriate response to such a gap is to ensure that the See of Peter is in the hands of someone who has sufficient energy and political acuity to keep the quarrelling apparatchiks in hand.

It is to Pope Benedict’s enormous credit that he has had the wisdom to see this and the humility and strength of mind to step down. The success of his visit to Great Britain and of World Youth Day in Australia in 2008 will stand out in my mind as evidence of his capacity for sure-footedness in the public arena. Caritas in Veritate remains an immensely rich document containing much wisdom. But maybe this last, charismatic and courageous gesture will be a chance for the whole Church to do some soul-searching and to reflect on what it needs from a pope. In this Year of Faith and anniversary of Vatican II, we can see that there remains much unfinished business from the Council. In my view that is nowhere so true as in the matter of governance. The Church is not a workers’ co-operative or a bear pit where the strongest and loudest wins. Nor is it fittingly governed by means of labyrinthine manipulation of a structure of governance that is opaque and unaccountable. Among the faithful the increasing polarity within the Church is a scandal whose pernicious effects are gathering momentum. Outside the Church, our critics have looked on in disbelief as we insist on holding to an uncompromising doctrinal line in the face of desperate pastoral imperatives, while failing to deal effectively with the glaring wrongs within our own structures. This has led to massive cynicism on the part of those who see not integrity and fidelity to Christ’s message but only hypocrisy and a lack of pastoral finesse. If we continue to think that the pope is the only viable source of authority within the Church we will be doomed to a see-saw of polarised conservative vs. liberal personalities that will do nothing to make sure we all grow up. It is worth remembering that Archbishop Oscar Romero was thought to be a conservative figure when he took on authority over the Church of El Salvador. It was a close encounter with pastoral realities that led him onto the road of sanctity, martyrdom and lasting authority. Perhaps this tells us something more useful than political labelling about the man who should succeed Pope Benedict XVI. Perhaps this is the God-given moment for us to follow the Spirit’s wisdom expressed in the Council, dismantle the very recent ‘tradition’ of a strong, centralised papacy and follow Newman’s line in consulting the faithful in matters of doctrine, including that of church governance.

‘Time for a religious pope?’ by Gemma Simmonds CJ

‘To all people of good will’