Skip to main content
Photo by On Being at flickr.com 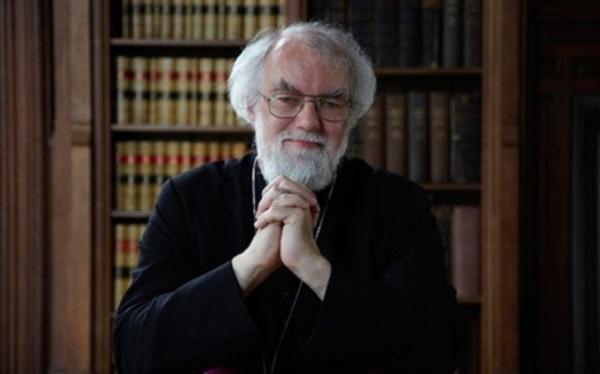 In March 2012, Dr Rowan Williams announced that he would be stepping down from the office of Archbishop of Canterbury at the end of this year. Mark Chapman presents his own view of events within the Church of England and the Anglican Communion in their ten years under Archbishop Rowan Williams.

The Church of England has taken great risks in its bishops and archbishops through the twentieth century. It has even not been afraid to appoint controversial and untested figures to the most senior position in the Church of England and the Anglican Communion. The best and most inspiring archbishops have usually been the riskiest appointments: think of William Temple, who struggled with his faith in early life, contributed to radical theological documents, but went on to inspire the country during the Second World War as leader and architect of the Welfare State. Or Michael Ramsey, who had virtually no parochial experience but became a trusted and inspirational public intellectual during the 1960s, holding the church together during a time of enormous social change. Although his efforts at ecumenical rapprochement with the Methodists were scuppered by some intransigent Anglo-Catholics, he nevertheless caught the mood of the time, and responded sensitively and undefensively to the liberalisation of marriage law and the legalisation of homosexuality.

Rowan Williams was an equally risky appointment: he became archbishop in 2003, having never held parochial responsibility and having never been involved in the Church of England’s complex structures of synodical government. His previous experience as a bishop was in the relatively small and disestablished Church in Wales. After the troubled archiepiscopate of George Carey, where the Church of England took refuge in managerial reforms that set up the deeply unpopular executive body (the Archbishops’ Council) and which led to chaos in the Anglican Communion after the bitter divisions following the Lambeth Conference of 1998, there were high hopes that a man of huge intellect, who had been an Oxford professor, would be able to hold things together and reconcile the divided parties. Throughout his time as archbishop, Williams has engaged in debate with the wider society and is perhaps the most respected public intellectual in the country. He has been able to critique governments, promote changes to multi-cultural and educational policies, and to give prominent and influential lectures and addresses. He has also been able to write at an academic and popular level. It is hard to think that anybody could have done more to boost the intellectual credibility of the church in the public square. Having refused to give simplistic and platitudinous answers to complex issues, he has been criticised by the tabloid press, yet he is consistently listened to by influential policy-makers. His public stature is at least as high as that of William Temple and Michael Ramsey, which at a time of unprecedentedly low levels of Anglican churchgoing, is impressive indeed.

And yet something similar has not happened in the church. Things are as bad if not worse than they were in 2003. The issue of women bishops remains unresolved, despite the overwhelming majority of the church being strongly in favour. The thirty-eight provinces of the Anglican Communion are still divided, with a significant number of the Primates of the churches refusing to share communion with one another, and with the efforts to create a kind of shared commitment to Anglican identity with a mechanism for conflict resolution – the Anglican Communion Covenant – in complete disarray after the Church of England’s rejection of the process. Admittedly, Williams got off to a difficult start. Almost immediately after his appointment he had to deal with the American Church appointing Gene Robinson, a ‘practising’ homosexual, as Bishop of New Hampshire, as well as the Bishop of Oxford nominating Williams’ long-standing friend Jeffrey John, a homosexual in a partnership, as suffragan Bishop of Reading. Because of noisy opposition and threats at home and throughout the Communion, the invitation to John was withdrawn. Williams’ credibility was thereby immediately thrown into question among the significant number of liberal-minded members of the Church of England, who had hoped there might be a move away from George Carey’s conservatism. Williams had, after all, written in support of gay relationships.

But the Church of England has not become noticeably more liberal. This perhaps rests in Williams’ vision of episcopal leadership. He sees a bishop as a ‘stereophonic’ listener, who interprets the tradition to the church and the world, and vice-versa, by careful weighing-up and connecting. What Williams has consistently not done is to force his own views on people, or usually even to give a steer – it is as if the task of the bishop forces personal opinions to go ‘on hold’ for the duration, and to open himself up to those of different views. He has seen his role more as a non-executive chairman of the board, than as managing director. His concern has consistently been to listen to those with whom he most disagrees and to find ways of holding them in the traditionally big tent of Anglicanism, even at the risk of losing the confidence of those with whom he agrees.

This was shown most obviously in 2010 during the discussions over the ordination of women to the episcopate, a development which Williams has long supported. After a lengthy and often acrimonious discussion over many years, some complex legislation was drafted that was able to reach a compromise that respected those opposed as ‘loyal Anglicans’ by offering ‘delegated’ pastoral care. However, Williams and John Sentamu, Archbishop of York, sought to amend the proposals by offering far more concessions to opponents, but at the price of creating a parallel church. The rejection of this amendment by the General Synod cast into doubt the two archbishops’ leadership of the church and their understanding of the role of Synod. Even in 2012 the House of Bishops, under the leadership of the Archbishop of Canterbury, introduced a last-minute amendment to the final debate on the measure which alienated almost all supporters of women bishops in General Synod and which led to an adjournment of the debate. The huge loyalty and affection in which Williams is held in the country have been severely tested in the Church of England. Indeed, it is probably true that one of the reasons why the Covenant was voted down in the dioceses was the loss of loyalty to the bishops and especially the archbishop who had so firmly supported it.

From the beginning of Williams’ archiepiscopate there has been a sense of panic in the wider Anglican Communion. Threats of excommunication led to emergency measures, which resulted in the production of several documents that eventually coalesced in the Covenant. Alongside this formal process Williams also sought to promote listening and dialogue between the different churches of the Communion. For instance, in the run-up to the Lambeth Conference of 2008, when the bishops of the Communion were to gather in Canterbury, there were calls for a new kind of conference so that people in different contexts could listen to one another in what was referred to as an Indaba process (after a Zulu word for decision-making). At the Conference the listening went on, with many bishops feeling that they had begun to respect and understand their differences from one another. But crucially no decisions were made. The slow thoughtful approach to conflict which requires all people to listen, and which characterises Williams’ attitude to leadership as primus inter pares (‘first among equals’), can so easily be derailed by those who refuse to play the game. Some 200 bishops refused to attend the Lambeth Conference, meeting instead in Jerusalem and threatening to set up their own parallel structure of ‘confessing’ Anglicanism. Such bishops have interfered across provincial boundaries and the American Church faces significant schism as Episcopalians leave to form new ‘Anglican’ Churches.

Whether Williams had a choice to do things differently is obviously impossible to know, but his actions are certainly consistent with his earlier thought. In a programmatic essay he once wrote that in entering the church, ‘[w]e are not spared the cost of conflict or promised a final theological resolution’. This is obviously the case, and Williams has had more than his fair share of conflict. But in the face of that conflict, he went on, ‘we are assured of the possibility of “re-producing” the meaning that is Christ crucified and risen, through our commitment to an unavoidably divided church – not by the effort to reconcile at all costs, but by carrying the burdens of conflict in the face of that unifying judgement bodied forth in preaching and sacrament’ (On Christian Theology, Oxford: Blackwell, 2000, p. 58).

Williams has carried the burdens of conflict, and has shown a huge commitment to unity. But perhaps he has found that the cost of reconciliation is too high: there has to be a will to be reconciled and for a decision to be made that no amount of talking can bring about, and Williams may have been too reticent to speak and too willing to listen. It is for the next archbishop to work out once again the limits of diversity, and when to speak and act after the process of listening. After all, the Indaba process is not just about listening to those with whom one disagrees, it is also about making a decision. That is when the real powers of reconciliation will be tested.

Mark Chapman is Vice-Principal of Ripon College Cuddesdon, and Reader in Modern Theology at the University of Oxford.

The Pope and the Archbishop