Skip to main content
Photo by ComSec at flickr.com 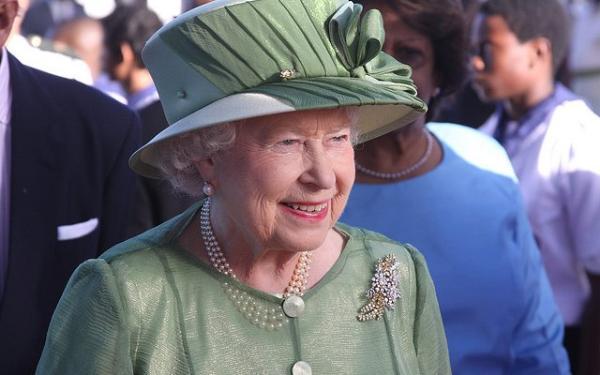 Queen Elizabeth II's 60 years on the throne have been characterised by a quiet but strong faith, writes Anthony Symondson SJ, who describes the unique element of the coronation rite upon which the Queen’s understanding of her role as a vocation is founded.

Attitudes to the English monarchy wax and wane. Queen Victoria bestrode the course of youthful popularity, extreme dislike during her widowhood, to universal adulation on her Diamond Jubilee in 1897. Queen Elizabeth II has had to endure prying into her and her family’s private lives on a scale previously unknown in history. The media tries to manipulate public attitudes at times of crisis, notably in the immediate aftermath of the death of Diana, Princess of Wales, in order to misrepresent her. Yet the real feeling of the nation invariably recurs at times of national celebration or mourning associated with landmarks in her reign. Her Golden Jubilee in 2002 was a triumph that is said to have surprised her. The death of Queen Elizabeth, the Queen Mother, earlier that year brought pageantry and sorrow unknown since the death of King George VI in 1952; television cameras picked out people of all generations praying in the street. The wedding of the Duke and Duchess of Cambridge last year brought crowds in jubilant mood on the ceremonial route and gave the nation a lift at a time of economic hardship.

In contemporary history monarchy is, with the exception of Spain, a diminished, largely residual, northern European phenomenon. When Pope Pius XI instituted the feast of Christ the King in 1925 critics were quick to observe, with the fall of thrones after the Great War, how anachronistic it was, despite biblical and patristic authority. The loss of the Austro-Hungarian Empire in 1918, with its associations with the Holy Roman Emperor, was seen by many in cataclysmic terms. The rise of twentieth-century European despots with destructive policies soon became an indigestible substitute.

With the exception of the parenthesis of Cromwell’s Commonwealth, modern England has been a stable nation as far as monarchy is concerned. Republicanism is confined to a small, embittered minority with little influence beyond prejudice. The English monarchs have been popular since the death of Queen Victoria in 1901 in a way that transcends their individual characters. But had England become a republic it is unlikely that any of the occupants of the British throne would have been elected President. The only exception might have been King Edward VIII whose popularist character outshone the dour dependability of King George V, his father. Golden boys rarely make good kings while it is a truism to say that in normal life few realise their youthful promise.

What distinguishes the English, and formerly the French, Russian and Scottish, monarchs is that they are consecrated with chrism at their coronations. At the heart of the coronation rite, preceding the crowning, lies the anointing. The Dean of Westminster pours consecrated oil from the eagle-shaped ampulla into a spoon. The ampulla, reputed to be made of solid gold, was first used at the coronation of King Henry IV in 1399 and, with the spoon, is thought to be the only survival of the regalia from the despoliation of the Commonwealth; the filigreed spoon is thirteenth-century. The Archbishop of Canterbury anoints the Sovereign on the hands, head and heart. The monarch is then vested in priestly robes; then follows the actual coronation and the conferral of the regalia – the sword, sceptres and orb.

The anointing goes back to the reigns of the Anglo-Saxon kings when Ecgfrith, the son of King Offa of Mercia, was publically anointed in 787. The mystery of anointing and crowning creates a special person dedicated to God’s service, a person not untouchable or infallible, nor all-powerful or absolute, but sacred, consecrated and set apart from others and above the waves of politics. A legend tells that the oil used for the royal anointing was given by Our Lady in a vision seen by St Thomas of Canterbury. More prosaically these days it comes from the Holy Land. Shakespeare referred to English popular culture in understanding the indelible character of anointing when he wrote in Richard II :

Not all the water in the rough rude sea
Can wash the balm off an anointed king.

The English Coronation rite maintains sacral kingship more profoundly than any other. Cynics are quick to observe that the modern service was re-invented for the coronation of King Edward VII in 1902 and is little better than Edwardian pageantry. But the structure remains within the setting of the Eucharist, as it did in the Middle Ages and has done in all coronations since, and the key points summed up in the anointing and coronation have remained unchanged through the vicissitudes of English history. No other national religious rite shares this uniqueness. One change of interest to Catholics is that previously the rite was performed before the Blessed Sacrament exposed and, ironically, the last king to be so crowned was King Edward VI, the most Protestant monarch to have occupied the English throne.

The sacral nature of the English monarchy has bearing on the character of Queen Elizabeth II and her reign. For her the anointing was no mere formality to be got through in a long and arduous ceremony beamed to the world through the then novelty of television. Somebody once asked the Queen what was the most moving part of the Coronation: was it when the Archbishop put the crown on her head? She replied that it was not, it was the anointing that took her by surprise by taking her out of herself. Peace flooded her soul. She sees her life not as an accident of destiny but as a vocation given by God and this is manifested above all in her sense of duty and her clear-cut, if modestly expressed, faith. The anointing was a source of sacramental grace which separated and strengthened the Queen for her holy task. Her consecration manifested indelible results which, in a religious context that overflows in her work and life, are obvious to all who think in these terms.

Contemporary Britain is becoming an isolating place for practising Christians of all denominations. The concept of sacral kingship is not part of the mental furniture of many and to most would not only come as a surprise but would be incredible. Royal scandals, broken marriages, the occasional tactless remark by individual members of her family (but never from the Queen), eccentricity and the presumed extravagance of maintaining the monarchy fight for space and time in the press and on the air. Quirks are of greater interest than dedication. In her long reign Queen Elizabeth has been criticised for her voice, her hats and clothes, her dogs and horses, her children, the supposedly indifferent food served at Buckingham Palace banquets, the cold formality and reserve of her public manner. Monarchy, some believe, is emblematic of wealth, materialism, class distinction, privilege and snobbery; it has no place in a democratic society. But monarchy in general has proved a realistic framework for liberal-democratic regimes and remains useful. Trivia and resentment sell newspapers, guarantee viewing figures and create the false impression that the nation is on familiar terms with the royal family; they have the interest of unusual neighbours as a source of gossip. Yet few beyond the Queen’s immediate family and friends know what she is really like and thinks. Nobody outside can get close to her, however frequently they associate with her. Her life embodies good manners and the order they bring.

The religious dimension of the monarchy is seldom considered until it makes itself apparent with unhesitating, but natural, frankness in the Queen’s annual Christmas broadcast. While bishops and churchmen are ignored and public figures excoriated for supporting the faith, not a word of criticism is heard when the Queen asserts simply the central fact of the Christmas message. ‘God sent into the world a unique person – neither a philosopher nor a general, important though they are, but a Saviour with the power to forgive’ (2011). She urged the nation ‘to find room in our lives for the message of the angels and for the love of God through Christ out Lord’. For her Christianity is as natural as breathing expressed in undemonstrative fidelity.

For 500 years Catholics have had an ambiguous relationship with the Crown. The years of recusancy imposed a severe strain on loyalty that varied from one monarch to another. Queen Elizabeth I was determined to destroy Catholicism root and branch, yet one of the final acts of St Edmund Campion was to pray for her on the scaffold. Guy Fawkes and his accomplices tried to assassinate King James I following one broken promise after another but the reign of King Charles I restored a conditional sense of loyalty. Thereafter, despite the grotesque lies of Titus Oates, and the fiction of the Popish Plot in 1678-81 and the anti-Catholic hysteria it encouraged, English Catholics have been tenacious in their faithfulness. For centuries the office of the Earl Marshall, responsible for organising State funerals and the Coronation in Westminster Abbey, has been a Catholic in the person of the Duke of Norfolk and other members of his family. For a long time Catholics have occupied positions at Court and in State life, both before and after Catholic Emancipation in 1829. Today any opposition to the Crown by Catholics occupies an individual basis and has no corporate manifestation. The receptions of Pope John Paul II at Buckingham Palace in 1982 and Pope Benedict XVI at Holyrood in 2010, were occasions of profound pride for Catholics in these islands.

The Queen is loved as an ambassador for the United Kingdom, unfailing in duty, the guardian of the Commonwealth, and a radiant figurehead who has not put a foot wrong during her entire reign. As a titular head nobody has given so much stability to Britain during one of the most rapid periods of social, political, technological and economic change. Her life is governed by the principles of selfless duty and service; she commands international loyalty. Given the present standards of British political life – the source in republics of presidential candidates – the nation is spared competitive presidential elections and the mediocrity and opportunism of those who participate in them. The cost? The Queen costs the British taxpayer 60p a head per annum, half the price of a loaf of bread, but what she gives in return is inestimable. And the oils? Palpably they have stuck and their grace is evident in everything she says and does, heart, head and hands.

Anthony Symondson SJ is a writer.

'Ikigai' - Creating space for the spiritual in social care