Skip to main content
Photo by Pipiten at flickr.com 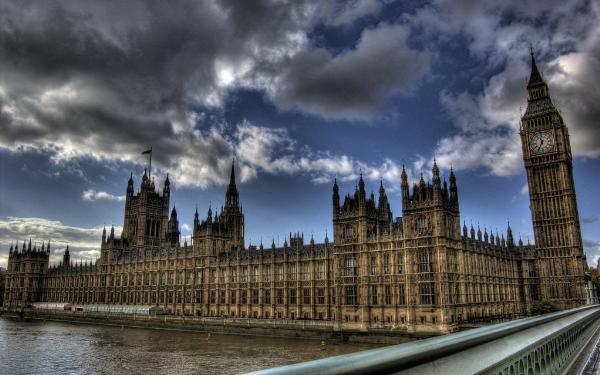 Yesterday’s General Election returned a result not seen in the United Kingdom for some years: that of a ‘hung Parliament’. So what happens now? Anthony Carroll SJ suggests that this outcome reflects some big changes in our society over recent decades and at the same time points to a need for a reframing of our economic and political mindsets. Only by working together will the new leadership earn the confidence of, and be able to work for the electorate.

The situation in the United Kingdom after the General Election is one of uncertainty. No single party has an overall majority of the 326 seats required to form a government on its own. Yet, in our ‘First Past the Post’ system this is not something unknown to us. In the twentieth century five general elections produced no overall majority: January 1910; December 1910; December 1923; May 1929; and February 1974. The term ‘hung Parliament’ itself first became popular following the 1974 election to describe this situation of no single party having an overall majority of seats. The expectation of single party majority governments is a post-1945 phenomenon, when the country began to deliver consistently majorities for one party or the other even though these were not always considerable. This situation corresponded to a country in which tribal loyalties for one party were passed on from generation to generation, as was also the case with religious confession, and of course, football allegiance. You were born into a tribe with its religious, political, and social colours and they were emblems that you wore with pride and which you used to identify yourself with a particular community. The most significant development of this General Election so far may well be that it indicates that these mechanisms of affiliation are becoming less important and that the traditional loyalties have become much less clear than they previously were.

Whilst political and economic commentators zero in on the micro-interests of their special area of competence, they can easily forget the larger social picture. Political and economic systems depend on particular types of societies and throughout history these have always undergone periods of change. Our own moment, to use a catchphrase used frequently during the election campaign, is one of significant change. As the historian Eric Hobsbawn noted in his survey of the twentieth century, we seem now to be in an era where the old extremes of left and right no longer correspond to the societies that they are intended to govern. Forged in an old ideological world, political parties have had to reinvent themselves and to forge a new identity to attract support from the centre ground of politics, which tends to be more grey than blue, red, or yellow.

Comparing this situation with religious loyalties, interesting overlaps emerge. Sociologists of religion speak today of a more ‘pick-and-mix’ approach to religion compared to the old tribal system of clearly defined boundaries between religious confessions and even between religions. People mix and match today in ways which are very different from the post-1945 more stable, tribal society that corresponded on a political level to a First Past the Post system and on a religious level to clearly defined religious boundaries between Catholics and Protestants. The philosopher Alasdair MacIntyre speaks of this changing situation in an anecdotal way by recounting how atheist friends of his bemoan the fact that their children no longer disbelieve with the same passion that they once did! It seems as if our society is today much more complex and multi-layered than many of our institutions are able to deal with. And this is not confined to political and economic life but can equally be applied to religious and social institutions as well.

These social changes underlie the shifting political landscape that we are faced with after this General Election. In the days to come the political parties will need to form a stable government and they can only do that by taking seriously the issue of political legitimacy. They need to make clear in the way in which they act that they represent the country, and this is likely to mean forming a coalition with others. Such a mixing and matching does not fit easily with a typically British style of adversarial governance with one team fighting it out against the other in a duopoly which has characterised our recent political history. Yet, as a number of recent reports on the Constitution have indicated, there is a growing sense that this arrangement needs to be adapted to a changed society. To take just one example, since devolution which has transferred certain powers from the Westminster Parliament to the Scottish Parliament, the Welsh Assembly, and the Northern Irish Assembly, the United Kingdom has undergone a decentralisation of its government, allowing the countries which make up the union to decide on important devolved matters such as education and health. Whilst the UK Parliament in Westminster retains the legal right to abolish these other political institutions and even to pull out of the European Union, it is clear that this decentralisation is a process which has raised further questions about the identity and political representation of each of the countries in the Union. The inability of the Conservatives to make any inroads into Scotland in this election clearly sharpens the focus of the differences between regions in England, Wales, Scotland, and Northern Ireland and highlights issues around the identity of the Union and its relevance in the future.

These political and constitutional issues that are raised by this General Election also need to be considered in relationship to the economic crisis facing not only the United Kingdom but also countries in Europe and around the world. The question of bringing confidence to the economy at a time of a public deficit of £163 billion and of a sovereign debt crisis in Europe will be a major challenge for whoever takes on the political leadership of the country. Politics and economics meet in the fundamental areas of the trust and confidence that they engender or undermine in electorates in their host nations and in global financial markets that transcend the control of any single government. These fundamental qualities depend upon an ability to act competently and responsibly in the face of challenging circumstances. And at a time when clear leadership is required in these issues it will be important that Britain realises that it can only meet these challenges by working with others in coming to national, international, and global agreements.

The changing nature of society today means that the old categories of domestic and foreign affairs are no longer sufficient to capture the complex supra-national realities facing politics and economics in the twenty-first century. Whether over issues of the environment or of immigration or of regulating global financial markets, we have moved beyond the old style of narrowly defined national politics and economics; political and economic institutions largely created in a former world built on the supremacy of the nation and tribal loyalties are struggling to cope. The growing dissatisfaction with the adversarial political system is but one manifestation of this changing social reality which has translated itself as a ‘hung Parliament’ or, as seems more appropriate to call it in this new situation, a ‘balanced Parliament’. Whilst some commentators may consider this election to have delivered no clear picture in the country, the clarity that seems to have emerged is that the parties will need to move beyond narrow party interests in order to work together for the common good if they hope to secure confidence from the electorate and in the wider world.