Skip to main content
Photo by Luz Adriana Villa A. at flickr.com 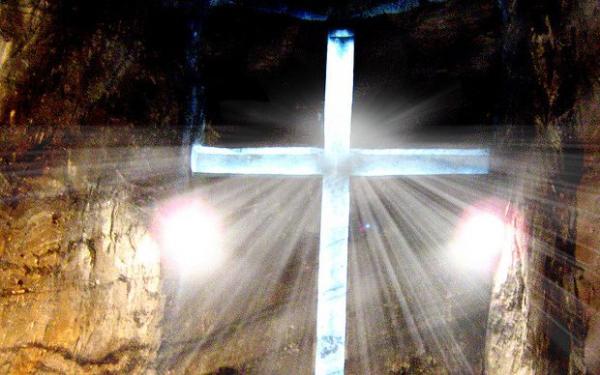 Michael Paul Gallagher SJ describes how the freedom of the imagination to embrace, not escape, the drama of our lives was crucial to a unique Jesuit thinker, William Lynch SJ. For Lynch, this freedom lies in Christ’s subversion of the ‘old imagination’, which is the source of our Easter hope. How does our faith resource us to imagine the narratives of our lives creatively and concretely?

William Lynch SJ was born in 1908 and died in 1987. Before becoming a Jesuit at the age of 26 he was a sports journalist. As a scholastic he produced Greek tragedy at Fordham University and the academic love of his life was for Greek culture, for drama and the philosophy of Parmenides. After being editor of the Messenger in the 1940s, one of his most important jobs was as editor of the distinguished cultural quarterly, Thought from 1950 to 1956.

Just as the prophets of the Bible are divided into major and minor, some explorers of human imagination are more famous than others. If Newman and Ricoeur belong among the major prophets, Lynch deserves recognition as an important minor prophet of the imagination. There were three versions of imagination that Lynch wanted to resist or expose as deceptive.

Firstly, Lynch was critical of any attempts to contain or dominate the movement of the imagination. As early as 1959, in his first book entitled The Image Industries, Lynch argued that ‘the imaginative life of society’ was being shaped increasingly by the new mass media. He saw the imagination as a precious zone of human freedom and thought that it was being trivialised by what he called ‘techniques for the fixation of imagination’ (pp. 10, 20). The growing dominance of the entertainment industry was laying claim to the imagination which, as such, had become a battle zone: if it is misused, people become alienated from reality and go in quest of ‘addictive and violent substitutes’.

Several years later, and having experienced and then studied mental breakdown, he came to see another fixation of images as the unfreedom at the heart of psychological illness. In his Images of Hope (1965), he wrote that being trapped in some tyrannical absolute (a compulsive ‘I have to do this’) is typical of neurotic hopelessness, but ‘to have the image of oneself as human is the beginning of hope’ (p. 181). In other words, imagination, which can be an obsessive tyrant, may, with sensitive help, become the greatest source of psychological healing. Hope involves re-imagining life with and through another person; imagination, in this way, is ‘the great salvific enemy of narcissism’.

Secondly, Lynch was suspicious of the Romantic exaltation of aesthetic imagination as something special or as a rare capacity for the privileged few, such as poets and others. Instead, he viewed imagination as incarnational: it is ordinary and universal, indeed our daily way of encountering and creating our lives. He often quoted Martin Buber as saying that the vocation of the imagination is to imagine reality, both disclosing and creating it.

Thirdly, Lynch had little patience with a tendency of imagination that he described as ‘angelic’ or ‘gnostic’. Here the danger was to cultivate unreal fantasies that avoid the drama of life. In Lynch’s words, Christ himself did not ‘march too quickly’ into ‘beauty, the infinite, the dream’, and a genuinely ‘Catholic imagination does not force me to imagine that I must free myself from all human society to unite myself with God’. In the introduction to his 1960 book, Christ and Apollo, Lynch remarked that he had three abiding friends from whom he had learned: Plato, St Ignatius and Newman. They nourished in him a certain compassionate realism. They taught him to distrust any escapist idealism in life or literature or spirituality, tendencies that he symbolised in the figure of Apollo.

Lynch wrote eloquently about Christ as ‘the Lord of the imagination’ and as having ‘subverted the whole order of the old imagination’ that imprisons us. Contemplation of Christ should give us freedom from distorted images of ourselves, whether induced by superficial culture or part of our personal woundedness. Thus his 1973 book called Images of Faith argued that faith is one way to imagine the world, and indeed that the Hebraic-Christian faith is ‘the prime imaginer of the world’ (p. 14). Faith in this sense involves a new imagination of who we are and who God is, of what we are doing here and what God is trying to do in our lives. He added that we need to experience faith as movement, as the transformation of our images, through various moments of a life story. That conversion of self-images can come from contemplating Christ as the Lord of the imagination, insofar as his imagination is ironic or subversive of the dominant images around us.

Below, I offer a reflection in the voice of William Lynch to illuminate the truth about imagination as he perceived it: that far from being an escape route, our imagination is in fact the only way through which we can access the depths of our reality.

In a moving moment of Shakespeare’s tragedy, King Lear in his madness thinks that his old friend Gloucester is a kind of pharmacist who could sell him a precious perfume: ‘Give me an ounce of civet, good apothecary, to sweeten my imagination’. Here the term ‘imagination’ stands for his state of heart, his whole outlook. It has nothing to do with daydreams about some ‘airy nothing’ as Shakespeare says elsewhere. Lear’s imagination here is the opposite of airy: it is his way of coping with terrifying reality. His is an incarnate imagination collapsing under the weight of incredible pain. It is also the location for his amazing transformation of attitude – from the dictatorial pride of his all or nothing absolutism to the gentleness and humility of his later, if tragic, wisdom. Through his imagination Lear’s vision moves through darkness into something of light, but it moves downwards, not upwards, down into the finite drama of his life, not soaring dishonestly above it. This masterpiece of Shakespeare, like all genuine art, moves us out of temptingly easy dreaming into complex reality, and it helps us to endure that movement.

I have no sympathy for what we may call the ‘epiphany’ theory of the imagination: that vision comes in a flash, is timeless and removes us from time. I fear that T. S. Eliot and other great poets like Rilke often cultivated this kind of special inwardness, and indulged in a subtle contempt for ordinary human reality. Imagination is not an escapist but a coping and shaping instrument. It is more everyday than transcending. Through images we struggle with the world and real art, like real sanctity, is a definite human event, not to be isolated or removed out of the world. Certainly the images around us can overwhelm and traumatize us but that does not justify a psychological culture of flight into unreality. One of the great qualities of the imagination, when it is not wounded or numb or dead, is the capacity of enlargement, the freedom to foster movement of life. Far from having nothing to do with action, imagination helps us to embrace and create the drama of our lives.

Neither Greek tragic imagination nor Christian incarnational imagination seek to evade reality. Their realism opens towards transformation of vision. On the contrary, if we get stuck in fantasies of avoidance, we become vulnerable to various forms of disgust, pornography, violence, mindless rage, repeated trauma, withdrawal from our world, and sentimental self-pity. The gnostic imagination has no relationship with the drama of life, and so movement or enlargement becomes impossible. Perhaps Waiting for Godot is our most brilliant symbol of this unchristian paralysis.

Of course theologians have tended to regard the imagination in general with rationalist condescension, because, they tell us, ‘images do not think’. On the contrary I hold that imagination is cognitive, a central carrier of truth, leading us deeper into the drama of life than any ideas of the conscious mind. So religion, unless it is to deviate into disembodied heresy, has to value the path of human imagination.

At one extreme there is the disease of the clear idea. At the other we find what Newman once attacked: a ‘mistiness’ that becomes ‘the mother of wisdom’. I also tried to be a defender of the definite, which is different from that cult of simplistic clarity. A simple metaphor may help. A fish needs air but is able to breathe air while staying under the water. A fish can sometimes jump out of the water but this is not its normal way of breathing. It breathes through the medium of water, which is its home. If it were to jump onto a rock and not be able to return to the water, it would die from too much air without the filtering environment of water. We too live our vision through our finite lives, not by leaping directly into the infinite. A short-cut to transcendence can be unfaithful to faith. That is the path of Apollo, wanting to ‘get as much as possible of heaven out of as little as possible of earth’.

Perhaps as we appreciate the irony of the finite, we gain a taste for the infinite. So let us march through the finite, guided by a divine companion on the road, an Infinite One, who entered the drama of the finite for us. This is the daily drama of incarnation, a movement through our limited life accompanied by an unlimited love.

Michael Paul Gallagher SJ is Professor of Fundamental Theology at the Gregorian University in Rome.

‘An attack of wonder’ by Michael Paul Gallagher SJ

The Gift of a Stranger: Forcibly Displaced People and Hope-Gifting