Skip to main content
Photo by Teo’s Photo at flickr.com 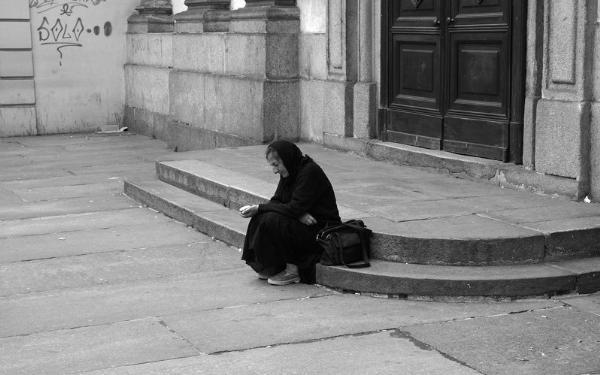 Monday 17 October 2011 is International Day for the Eradication of Poverty, calling our attention to the inequality and social injustice that afflict our global community. How can we take direction from the Bible in our efforts towards achieving social justice? Dominik Markl SJ looks at how the Old and New Testaments lay the foundations on which we can build a society that strives to be ‘a perfect community of love’.

Social justice is one of the fundamental issues in the Bible. God created the world and humankind, and the life and happiness of all His people are His deepest desires. The Bible brings to centre stage continually those who are oppressed and turn to God in prayer (e.g. Ps 9–10; 22). Prophets such as Isaiah and Amos raise their voices on behalf of the poor and the marginalised, those belonging to the ‘weaker’ social groups. God himself prescribes a brotherly and sisterly social order in his Torah, and, in the same divine wisdom, Jesus develops a Christian ethics of love. We can look at different aspects of the framework for social justice that is set out in the bible and see how the instructions of the Old Testament are developed in the teachings of Jesus.

Towards a just society: freedom; the abdication of power; unity

In the Bible, the tyrannical oppression of the people of Israel in Egypt is the archetype of politically-motivated, social injustice. God perceives it with utmost sensitivity (Ex 2:23-25; 3:7) and he leads Israel in the first half of the book of Exodus ‘to himself’ (Ex 19:4), to Mount Sinai. There he establishes the foundations of Israel as a free people living according to an order of social justice; the Ten Commandments form a kind of constitution for Israel. They are introduced with the words, ‘I am the Lord your God, who brought you out of the land of Egypt, out of the house of slavery’ (Ex 20:2). Freedom through the encounter with God is the prerequisite for a society that respects the life and dignity of fellow humans, the basis of which is unfolded in the Ten Commandments (Ex 20:2-17, cf. Deut 5:6-21). The institution of the Sabbath, for instance, is an instrument for the levelling of social differences, allowing servants and strangers to rest together with employers and citizens (Ex 20:8-11; Deut 5:12-15).

According to the vision set out in the Bible, the totalitarian exercise of power always leads to social injustice. Only by broadening its horizons to include more than the particular interests of specific individuals or groups can a society establish socially just foundations. This has been demonstrated historically and in the modern era, not only by systems of neo-liberalism, but also by nationalist and communist totalitarian systems, which have been seen to collapse during recent decades. Biblical texts take a very critical view of the kings of Israel, who represent national power. This is seen clearly in the story of the people of Israel’s wish to have a king ruling over them (1 Sam 8) as well as in the narrative of the fall of the kingdom (2 Kings 24-25). The true king of Israel and of the whole world is God himself (cf. Ps 95-99).

Jesus develops further the idea of the ‘Kingdom of God’, directing his teaching towards the goal of social justice. He formulates a political principle: ‘You know that among the Gentiles those whom they recognise as their rulers lord it over them, and their great ones are tyrants over them. But it is not so among you; but whoever wishes to become great among you must be your servant, and whoever wishes to be first among you must be slave of all’ (Mk 10:42-44). This notion of community leads Paul to postulate that the common belief in Christ makes it possible to overcome social and cultural differences. ‘There is no longer Jew or Greek, there is no longer slave or free, there is no longer male and female; for all of you are one in Christ Jesus.’ (Gal 3:28; cf. the unfolding of the image of the body in Rom 12:4-8; 1 Cor 12).

Justice in the court – justice out of love

The maintenance of social justice within a society depends largely on the fairness and strength of its legal system; corruption is one of the chief causes of poverty and social injustice in many countries up to the present day, as it violates the legal and moral framework of a society. The Torah prescribes unconditional justice in the court: ‘You shall not render an unjust judgment’ (Lev 19:15); ‘You shall have one law for the alien and for the citizen: for I am the Lord your God.’ (Lev 24:22). The prophets lash out unrelentingly against unjust laws and judges. ‘Ah, you who make iniquitous decrees, who write oppressive statutes, to turn aside the needy from justice and to rob the poor of my people of their right, that widows may be your spoil, and that you may make the orphans your prey!’ (Isa 10:1f). ‘Ah, you that turn justice to wormwood, and bring righteousness to the ground! ... Hate evil and love good, and establish justice in the gate’ (Amos 5:7, 15).

God himself is the archetype of the just judge (Ps 9:5) and many psalms praise him as such: ‘He loves righteousness and justice; the earth is full of the steadfast love of the Lord’ (Ps 33:5). ‘Your righteousness is like the mighty mountains, your judgments are like the great deep’ (Ps 36:6). ‘He will make your vindication shine like the light, and the justice of your cause like the noonday’ (Ps 37:6).

Jesus promotes the effort for justice, yet he urges his disciples not just to orient their actions towards what is prescribed by the law, but to consider always how best to help their neighbours in poverty. This is clearly seen in the Parable of the Good Samaritan (Lk 10:29-37) as well as in the criteria in the Last Judgement: ‘Truly I tell you, just as you did it to one of the least of these who are members of my family, you did it to me’ (Mt 25:40). The ultimate criterion for Christian life is always to love God and one’s neighbour (Mk 12:28-34). By asserting this, Jesus reemphasises the founding principles and values of the Torah (Lev 19:18; Deut 6:4f) and declares these to be the seminal principles for religious living.

Excessive luxury on the one hand, desperate poverty on the other – the problems ensuing from the gap between those at the extremes of this range have characterised the experience of humanity for millennia. In the Bible, God backs vehemently those groups who are particularly vulnerable to suffering from social injustice. ‘You shall not wrong or oppress a resident alien, for you were aliens in the land of Egypt. You shall not abuse any widow or orphan... If you do abuse them, when they cry out to me, I will surely heed their cry’ (Ex 22:21-23). The victimisation of strangers, women and children remain serious aspects of social injustice in the present day; one only has to call to mind, for example, the countless exploited children all over the world.

A fundamental commitment to the poor is prescribed explicitly: repaying their dues must not prevent a person from making a living (Deut 24:6, 12f, 17); the dignity of the debtor must be respected (Deut 24:10f); poor labourers are to be paid immediately (Deut 24:14); the remaining crop of grain, olives and grapes after harvest shall serve the poor (Deut 24:19-22).

Jesus, in his teaching, addressed the economic manifestation of social injustice by targeting its root in human intentions – excessive fear for personal security and the resulting avarice with regard to material goods. ‘No one can serve two masters; for a slave will either hate the one and love the other, or be devoted to the one and despise the other. You cannot serve God and wealth. Therefore I tell you, do not worry about your life, what you will eat or what you will drink, or about your body, what you will wear. Is not life more than food, and the body more than clothing?’ (Mt 6:24f). Accordingly, the early Christian community lived in material modesty, sharing their goods, as Luke describes it. ‘All who believed were together and had all things in common; they would sell their possessions and goods and distribute the proceeds to all, as any had need’ (Acts 2:44f).

A perfect community of love

The biblical vision for society is rooted in a longing for a perfect community of love. Isaiah expresses this in the images of the peace between animals (Isa 11:1-11) and of the ‘new heaven and the new earth’ (Isa 65:17-25). Jesus summarises his life in the last sentence of his prayer before his arrest: ‘I made your name known to them, and I will make it known, so that the love with which you have loved me may be in them, and I in them’ (Jn 17:26). As Christians, we live with a deep yearning for the perfect community – the communion of all humankind with God – as we struggle in our lives of prayer and action for greater social justice.

The following texts are recommended for personal meditation or for Bible groups, for those who would like to reflect on biblical approaches to social justice:

Isa 35 – Those rescued by God return to Zion full of joy.

Am 5:7-15 – Accusation of injustice and motivation to charity

Lk 10:25-37 – Main commandment and parable of the Good Samaritan

Malchow, Bruce V., Social Justice in the Hebrew Bible. What is New and What is Old (Collegeville: The Liturgical Press, 1996).

Weinfeld, Moshe, Social Justice in Ancient Israel and in the Ancient Near East. Publications of the Perry Foundation for Biblical Research in the Hebrew University of Jerusalem, (Jerusalem: Magnes Press, 1995).

Celebrating Easter with Peter the Apostle

To the Saints in Rome