Skip to main content
Photo by sam_herd at flickr.com 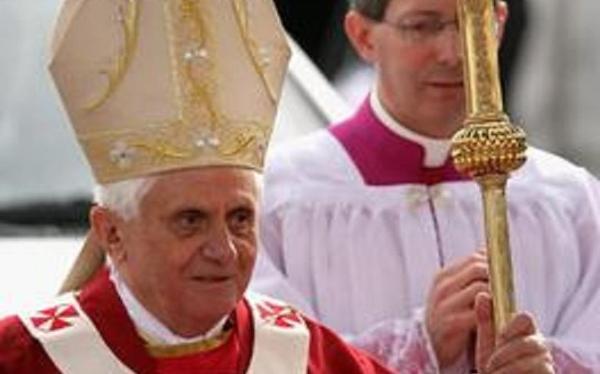 Pope Benedict XVI’s third encyclical, Caritas in Veritate, was released earlier today, 7th July 2009. Brendan MacPartlin SJ considers the vision delivered in this long awaited document, which picks up on the themes of Populorum Progressio to look at issues of development and social action: ‘Charity in truth drives the authentic development of all persons.’

Pope Benedict’s encyclical Caritas in Veritate, released on 7 July 2009, builds on the seminal work of Paul VI’s Populorum Progressio, published over forty years ago in 1967.  Upon re-reading Populorum Progressio (‘On the Development of Peoples’) now, I am so taken by its relevance today and by the works of justice yet to be done that I feel the need for action rather than for another Papal letter.  But having read Caritas in Veritate, I am glad to have taken the time to contemplate the learned discussion and the updated description of global social developments that it offers.

The first words and early paragraphs introduce the name of the encyclical, Caritas in Veritate (‘Charity in Truth’), and the integrating relationship between the two components of the title. The language used invites contemplation on the affective component: the introductory paragraphs describe love as an extraordinary force that has its origin in God and leads us to discover our own truth that reflects the face of Christ, who is Truth. Truth needs to be sought, found and expressed in the relationships of charity, and charity needs to be understood, confirmed and practised in the light of truth, if neither is to be emptied of meaning. Charity in truth drives the authentic development of all persons. It is the principle behind social teaching and gives rise to criteria for social action such as, for instance, justice and the common good. Love in truth when it comes to social affairs is the great challenge for the Church in a world that is becoming globalised.

The first of six chapters revisits the message of Populorum Progressio. Benedict XVI endorses the work of his venerable predecessor Paul VI, not only this letter but the overall Magisterium of Paul VI, especially his social Magisterium.  Specifically, Benedict refers to the earlier Pope’s vision of development as a vocation that derives from a transcendent call.  This vision is still timely in our day. Caritas in Veritate urges us to mobilise ourselves at the level of the ‘heart’, so as to ensure that current economic and social processes evolve towards fully human outcomes.

Chapter two addresses ‘Human Development in our Time’. Paul VI’s vision of ‘development’ was multi-levelled and included economic participation, social solidarity, democratic stability and freedom from misery. His vision has not been achieved but instead technocratic models of development have been implemented.  The malfunctions of these models and the succession of crises that they have inflicted suggest that we need a new humanistic synthesis that incorporates an ethics and an anthropology. The current crisis is an opportunity for discernment, in which to shape a new vision for the future.  Benedict provides a succinct, multi-layered analysis of the emergence of a global market since Populorum Progressio assigned a central role, now surpassed, to ‘public authorities’. Paul VI said that we needed to think more; Benedict says that, in a new and complex context, integral human development requires the interaction of different levels of human knowledge guided by intelligence and love.  Truth and charity are not in different compartments, he says: love is rich in intelligence and intelligence is full of love.

Chapter three addresses the role of fraternity and civil society in economic development.   Benedict notes that for some time now we have been able to include the economy in the list of areas where we experience the pernicious effects of sin.  But the more astonishing experience is that of gratuitousness, which imposes itself on everyone in the gift of love and truth.  It is a force that builds community, bringing all people together beyond barriers and limits in a fraternal communion. Benedict then addresses the market, an institution that permits exchange relations between economic subjects which, if governed by fairness and justice, generates trust and functions well.  It is the responsibility of the political community to direct the logic of the market to the service of the common good.  Human agency directs these systems, for good or ill, and therefore there is a need for personal and social responsibility.  Authentic human relationships of friendship, solidarity and reciprocity can be conducted within economic activity, not only outside it or ‘after’ it.  The demand of economic logic, the demand of humanity and the demand of charity and truth each require that the grace of intelligence and love, and the gift of fraternity, must find their place within normal economic activity.  Benedict notes that recent scandals have given rise to a new appreciation of the role of social responsibility in business and politics.  Similarly, globalisation is neither good nor bad of itself, but will be what people make of it.  It is a complex phenomenon that must be grasped in all its dimensions, including the theological dimension, and steered in relational terms: that is, in terms of communion and the sharing of goods.

A criticism levelled in recent years at Populorum Progressio was that it overlooked, in an otherwise excellent social analysis, the issue of ecology and the environment.  Benedict devotes his fourth chapter to the themes of justice and the environment and their relationship to development.   He treats justice in terms of duties and rights and applies it to population growth, the defence of life, ethics in the economy and international cooperation.  He then turns to our duties arising from our relationship with the natural environment.  Nature expresses a design of love and truth; it contains a grammar that provides goals and criteria for its wise and respectful use. The challenges of intergenerational justice and the energy problem require international solidarity to achieve solutions: we need to review our lifestyles to include the quest for truth, beauty, goodness and communion if we are to achieve a human ecology that benefits environmental ecology. The decisive issue is the moral tenor of society and the Church must assert in the public sphere our responsibility towards creation. Truth and love show us what our happiness consists in, and this is the road to development.

Chapter five develops the theme of the cooperation of the human family.  The development of peoples depends on recognising that the human race is a single family working together in communion and not merely a group of subjects who happen to live side by side. This requires a better understanding of the category of ‘relation’, which can be gained through theology and metaphysics as well as social sciences.  In light of the revealed mystery of the Trinity we understand that communion and individual identity support each other. Our experience of love and truth between man and woman similarly reinforces our ideas of communion and individual identity.  Reason and faith also contribute to a virtuous cycle of development which falters in the absence of either.  Solidarity and subsidiarity, understood and articulated in many layers, can contribute to a globalisation that is cooperative rather than tyrannical. Cooperation for development is not just an economic phenomenon but also an opportunity for encounter between cultures and peoples.

The chapter then moves from the synthesis of concepts to comment on concrete processes with a bearing on development.  It comments perceptively on development aid, international tourism, migration, labour unions, the financial system, and consumer associations.    Those of us who admire the contemplation of ideas may be grateful for the encyclical’s inclusion of these live issues.  But I suspect that our more empirical colleagues in the field may generate controversy on specific points, such as the gentle suggestion that trade unions might look at wider concerns than the specific category of labour for which they were formed, or that they should identify civil society rather than politics as the proper setting for their necessary activity of defending labour.  One wonders where actors in the labour market or in social partnership belong.

Chapter six addresses technological progress and its undisputed link to development.  Against technocratic reductionism, Caritas in Veritate asserts that there cannot be holistic development and universal common good without taking into account people’s spiritual and moral welfare.  This is a simple summary of a rich treatment of the technology of financial and political engineering, of peace building, of social communications, of biology and of psychology.   Whereas Paul VI introduced the global dimension of the social question, Benedict affirms that the social question has become a radically anthropological question.  Authentic human development requires the new eyes and new heart of a spirituality that is capable of glimpsing the ‘beyond’ that technology cannot give.

The conclusion follows from this.  Development comes from people because they are the subjects of their own existences.  But it is also from God, who freely gives us the truth and love that show us who we are and where we should go.  God calls us to the communion of a family.  God transforms our hearts of stone into hearts of flesh that can give the greatest service of an authentic humanism to the integral development of peoples.

In this encyclical, Pope Benedict takes it from the top.  He is noted for his talent in the contemplation of ideas and in the systematic ordering of concepts.  He gives us, in this letter, an awesome synthesis of the concepts and concerns of Catholic Social Teaching. He enlightens the obscurities of our social discourses, restores direction to social debate and inspires hope and energy for social action and love for the future and its peoples.  Caritas in Veritateis a magnificent gift to the world from Catholic Social Teaching.  It does well in giving a descriptive account of the activities and perspectives found in the spheres of social action.  But I suspect that the voice of those who accompany and serve the poor at the frontiers of marginalisation could add value to the experiential component of this otherwise admirable reflection and call to action for the development of peoples.

Brendan MacPartlin SJ works with migrant workers in Dublin and Northern Ireland and coordinates the social apostolate of the Conference of European Provincials.

More on Caritas in Veritate:

‘To all people of good will’ by Frank Turner SJ

50 years of humble progress: on the anniversary of Populorum Progressio