Skip to main content
Photo by andresrguez at flickr.com 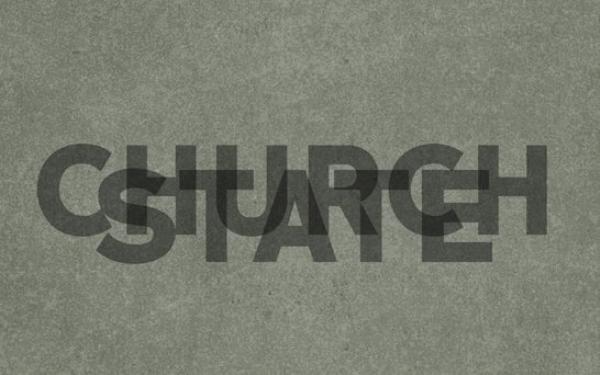 A major new report by the Institute for Public Policy Research poses challenging yet timely questions to people of faith who are engaged with public affairs and issues of citizenship, writes Francis Davis.  How might the issues arising from this document affect the future of the Catholic contribution to public policy debates?

One of the vital challenges that will greet the new Archbishop of Westminster in 2009 will be the framing of the Catholic Church’s public affairs philosophy and strategy for the coming years. The aftermath of the failure to win any of the arguments on adoption has left scars all round. The exhaustion of many activists who opposed the Human Fertilisation and Embryo Bill is worth noting. The rhetoric of “Catholic exclusion” from the corridors of power that some now articulate is gaining ground, could be self-fulfilling, and suits some. Meanwhile, the English Catholic Bishops are preparing a new “social letter”, tentatively called “A Common Good 2”.

As the new Archbishop teases out his direction, which voices in the Catholic community will be the loudest? Will it be those who seem to have been advising the Bishops on citizenship and public affairs thus far – purist, emphasising “life” issues, keen to inspire the Catholic community to fall back on its own narrative resources and willing to use Episcopal voices to help Catholic ministers desperately cling to their jobs? Or will those who come to hold the new Archbishop’s ear be those who have been working hard to find an accommodation with our dominant culture, emphasising what is good in it, even going so far as to seek a theological truce with that most secular of liberal philosophers, John Rawls, and his allies in all parties?

Inadvertently, the Institute For Public Policy Research (IPPR) has stepped into the heart of such Catholic debates. On 8th December they published a major new report which includes contributions from the Archbishop of Westminster, the Chief Rabbi, the Archbishop of York, and leading figures from the Muslim and Sikh communities.  The report looks at “Faith In The Nation”. Unlike the long-standing faith literacy of the Democrat-leaning Brookings Institution in the US, and the excursions into faith-based analysis of British Conservatives in their publication Breakthrough Britain, this report marks the first time that a senior progressive UK policy body has engaged on serious terms with the country’s major faith traditions. As such it is a watershed moment and one to which Catholics ought to pay great attention.

For those closely interested in religion and social affairs, none of the arguments made by the religious leaders will be astonishing: many describe their struggle for acceptance in UK society, some refer to the internationalisation of their communities due to enhanced migration, while each elucidates aspects of the contribution that his or her community has made to the civic sphere in general and the evolution of British identity in particular. A notable contrast is that between the evidence-based approach to describing a Church’s contribution taken by the Archbishop of York and the more anecdotal and historical stances taken by the other leaders. Reflecting current Catholic confusions, it is unclear whether Cardinal Murphy-O’Connor’s contribution is a nod to those watching in Rome and in his own community, or a message addressed to the nation.

However, within the positive framework that IPPR’s Professor Michael Kenny teases out in his concluding essay, the potential for a fresh public conversation may begin to emerge.

Kenny takes liberal democracy as the given cultural setting for his comments. Unlike many writers in this field, he is gracious in noting the concerns of many people of faith regarding individualisation in society, the rise of materialism and the decline in community. He also acknowledges how despairing some faith leaders are today of having their ethics heard, let alone understood.

Kenny does not quite put it like this but one can draw from his subsequent words a judgment that the days of John Rawls as a helpful liberal interlocutor in the Britain we have now entered are numbered. Rawls’ idea of public reasoning, it seems, is based on two fundamental misjudgements: firstly, that secularism is a principle rather than an explicit ideology and secondly, that modern societies tend towards secularisation.

For some Catholic intellectuals this will come as a challenge. In many quarters there has existed a certain kind of Catholic attempt to merge the rich natural law idea of a “common good” with Rawls’ thin conception of justice. While this perspective has been contested strongly from a number of quarters, it is in my view convincing to argue that the empirical reality of contemporary Britain finally consigns to history the Rawlsian position. It simply cannot cope with the complexities thrown up today by modern migration and globalisation for which it was not designed.

Kenny suggests that the secularist attempt to limit religious voices only to the private sphere does not do liberals justice – let alone people of faith.  In saying so he mirrors the laments that the religious leaders who contribute to the report set before us.

Kenny does not only criticise. He also has a proposal: in the future it will be important to renew and reinvent liberalism. The aim should be to enable it to much more capably sustain fresh forms of civic conversation in general and full engagement by faith communities in particular. In pursuit of such a task Kenny turns to the work of Charles Taylor rather than to other strands within the liberal tradition and encourages us all to think again. Strikingly, Kenny challenges political progressives – who, for good or ill, now rule on both sides of the Atlantic – to recognise that their instinctive suspicion of religious public voices does not sit consistently either with a full reading of British history or with their own traditions.

Religious bodies, he says, should not seek special privileges in a democratic culture but neither should they be treated with any less seriousness or respect than “secularists” who themselves represent an ideological strand which should have a public voice (but among many). Faith in the nation of Britain has played a key role in shaping our national identity and it should continue to do so, not least if a rich idea of liberty is to be defended and new arrivals to our shores are to be appropriately welcomed.

But why should such a proposal be so compelling at the present time for British Catholics? First, the leading Georgetown University sociologist Jose Casanova has argued that silencing faith in the public realm is a sure fire route to frustration, political decay and the rise of unreflective fundamentalism. That there is not yet a military wing of the pro-life movement in the UK is an achievement of our Churches and of democracy.

Second – and crucially for British Catholics – the argument provides a bridge between those who have been calling upon us to fall back upon our narrative distinctiveness and those who seek to renew the culture from within.

If we follow Kenny’s advice, those of us who have collapsed into the consoling arms of the establishment by adopting certain aspects of liberal culture as our own – aspects that are clearly inimical to an authentic faith – will have to move our thinking on. This will require the recognition of a need to defend a fresh interpretation of that which we have taken for granted.

Meanwhile, those who have offered the most strident voices in recent times will face an equally tough challenge. Apart from having to explicitly accept democracy as a norm they too will have to learn fresh habits and skills of public conversation.  In practice that may mean an increased reach for the use of evidence and research and the creation of practical and scaleable new models by which social challenges can be addressed. This will have to replace what has occasionally looked like an easy appeal to Episcopal authority as grounds to capture the policy-making process.

For many of us who are long-standing contributors of time and resources to the Church’s social apostolate, this striking new tone from a body outside the Church will come as a welcome awakening. The IPPR has opened a door through which those with the confidence and the will to make conversation should walk. It is a journey upon which they could invite sceptics of all parties and none.

A new Archbishop should take such steps too. In times to come, too much will be at stake for any part of the Catholic community to congratulate itself for its zeal just as its authentic theological antennae have been switched off – or to gloat with pride about its contribution to justice just as its real potential for impact on policy change has collapsed.

Francis Davis is a Fellow of Blackfriars Hall, University of Oxford and lead author of Moral, But No Compass – Church Government And The Future of Welfare (Matthew James Publishing)
E- mail: lascasas@bfriars.ox.ac.uk

Faith in the Nation

Moral, But No Compass

Francis of Assisi: A gospel way of life

Laudato si’ and Covid-19: Can praises still be sung in a strange land?