Skip to main content
Photo by Untitled blue at flickr.com 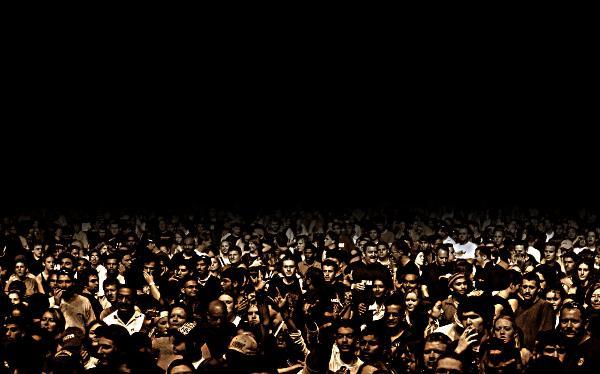 As churches of all denominations in Britain and Ireland celebrate Racial Justice Sunday this weekend, Patsy Cummings reflects on the meaning of this celebration, and how we can make the move from vague aspiration to concrete action.

The celebration – even the mention – of Racial Justice Sunday might prompt us to a moment of self-examination: Do I promote or hinder racial justice?  Am I doing anything about it?  In an age of both a globalised economy and fragmented communities our emphasis should be on the dignity of the human person, community and service.  Are we interested in the world around us?  Do we want to make a contribution to that world?  With the diversity of people around us, do we want to know about other faiths? Do we feel racism should not be tolerated?  Do we intend to participate fully in our democratic society?

As Catholics, we aim to prepare our young people to work with others to build a good and just society for themselves and for generations to come.  Our faith is a living thing: we try to make sound moral judgments, develop a sense of values, to know a world illuminated by our faith and to contribute to the good of society as a whole.

Jesus asked of us to “Love the Lord, your God, with all your heart and with all your soul and with all your mind, and with all your strength and your neighbour as yourself” (Luke 10: 27).  Living the Gospel gives us all the opportunity to contribute to providing a secure, supportive and stimulating Christian environment in which justice, tolerance, forgiveness and generosity are practised with courtesy, consideration and common sense.

Human dignity is the core value of Catholic social teaching:

We believe each person possesses a basic dignity that comes from God, not from human quality or accomplishment, not from race or gender, age or economic status.  The test, therefore, of every institution or policy is whether it enhances or threatens human dignity and, indeed, human life itself.[1] .

How do we develop in ourselves and in our young people a greater awareness of their responsibility to work towards the creation of a more just and fair society?

In Desmond Tutu’s book, God has a Dream – A vision of hope for our time, he says that before we can become God’s partners, we must know what God wants for us.

“I have a dream” God says.  “Please help Me to realise it.  It is a dream of a world whose ugliness and squalor and poverty, its war and hostility, its greed and harsh competitiveness, its alienation and disharmony are changed into their glorious counterparts, when there will be more laughter, joy, and peace, where there will be justice and goodness and compassion and love and caring and sharing.  I have a dream that swords will be beaten into ploughshares and spears into pruning hooks, that My children will know that they are members of one family, the human family, God’s family, My family.”[2]

When I sat in front of my television and watched and wept back in February 1990 as Nelson Mandela walked free from 27 years of incarceration at the hands of racial injustice, when he won the Nobel Peace Prize in 1993 and when later in 1994, following the first multi-racial elections in South Africa, he became that country’s first black President, I knew that no matter how insurmountable the current challenge or injustice may seem, there is always hope, but hope needs a little help.

This is when my passive indignation towards injustice against any race and especially my own took a different direction.  It was no longer a question of “what could I possibly do to make a difference?”, but it became a statement: “I need to get involved now”.

Over the years I have tried to “get involved” in issues that should concern us all.  To do something for someone you know, or even someone you may never meet, that may right a wrong, or help a group, a village, part of a community is what we are here for.  I accompanied a young man I was mentoring to the Immigration Advisory Service, where he was hoping to get support in his struggle with the Home Office to enable him to live a good and productive life in the UK.  I sat whilst he explained to the officer how he came to this country as a minor.  In his village in a part of Africa there was conflict and terror.  His mother, who was his only remaining parent, was taken by soldiers in front of him when he was still a child.  He was brought to the UK by an agent and the Home Office properly notified, and although he was given the right to remain as a minor, he has now reached the age of majority and there is still a possibility that he may be sent “home” to a place where he knows no-one, has no-one, has nothing.  To this day, he does not know whether his mother is dead or alive. He has turned out to be one of the warmest and gentlest young men I have met in a long time.  How could I not help?

I am now involved with organisations such as London Citizens, an alliance of varied organisations with many faith communities amongst its membership, who fight for social change and justice.  Over the years they have helped to fight against injustice, for fair pay and a living wage, on behalf of often the most marginalised members of our multicultural society here in Britain.  They strive to develop us as leaders, to work together against local and national injustices.  The Catholic Association for Racial Justice (CARJ) recognises and values the inherent dignity of each human being, regardless of ethnic or cultural background.  CARJ believes that the Church cannot remain silent about racial injustice, either within its own structures or in society at large, and is committed to dialogue that raises awareness and advances the process of positive change.  I have joined them in a commitment to meet the challenges of a changing Britain: to support young people of all backgrounds to achieve their full potential and to become active and responsible citizens; to encourage mutual understanding, dialogue and cooperation between faith communities and with the wider secular society; to help meet the needs and defend the rights of migrants, true asylum seekers and refugees, make links with marginalised groups and encourage their integration into the wider society.  During their 25th anniversary next year, I hope that many of you in churches across Britain will join CARJ in celebrating our achievements as one family before God.  Much is done by local charities like Churches Together in Brixton, supported by different faith communities, who over nearly three decades have stood up against racial injustice, from the Brixton Riots in the 80s to working now with young people to change what is happening to the youth in our inner cities.

So, “What can I do?”, I hear you cry.  Anything, as long as it is something.  Get involved with the Justice and Peace group in your church, and if they don’t have one, start one.  Get involved with Traidcraft; Fairtrade; Cafod; the Jesuit Refugee Service; Progressio, an international development charity working for justice and the eradication of poverty in many parts of the world; CARJ, who have been safeguarding and defending the rights of all in the Catholic church; London Citizens, who are restoring democracy and power – the ability to act – to fight against injustice by people coming together, ordinary people.  Speak to and get to know your neighbour, stand up against injustice when you see it, smile as you walk down the street - you’d be surprised how hard it is for someone not to smile back.  It doesn’t matter what you do, just do something.  God needs us to do as he asks, as one family, to love one another and to follow our faith, a living faith in today’s society for tomorrow’s humanity.

The Ugandan determination to make progress