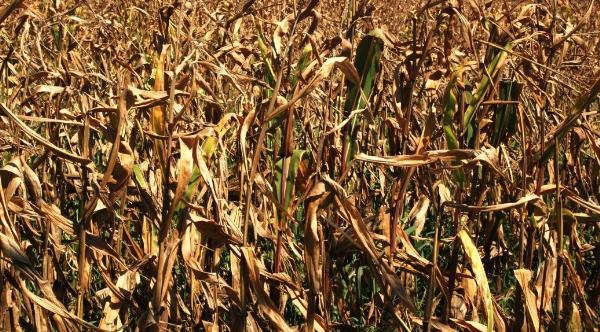 The policy of subsidising production of biofuel is misguided, argues the Heythrop Institute for Religion, Ethics and Public Life.  It flows from an unwillingness to curb the affluent West’s reliance on the private motor car which impacts directly on the lives of the poor in the developing world because it leads to ever higher food prices.

A new word has entered public debate over the last few months – “agflation” – meaning inflationary increases in the price of agricultural produce. This was given as one of the reasons this week for the enormous drop of profits reported by Premier Foods, makers of, amongst other things, Hovis and Mr Kipling cakes. According to the UN Food and Agricultural Organisation, the price of wheat is more than 80 per cent higher than a year ago and corn (maize) prices are up by a quarter. Prices for vegetable oils are increasing at similar rates. The organisation also reported that the food price index, based on export prices for 60 internationally-traded foodstuffs, climbed 37 per cent last year, on top of a 14 per cent increase in 2006, and the trend has accelerated this winter.

The effects of this are already visible. Earlier this year protests erupted in Pakistan over wheat shortages and in Indonesia over soybean shortages. Egypt has banned rice exports to keep food at home and China has put price controls on cooking oil, grain, meat, milk and eggs. Food riots have occurred over the last few months in Guinea, Mauritania, Mexico, Uzbekistan, Senegal and Yemen.

Population growth and economic progress are part of the problem. Consumption of high-quality foods – mainly in China and India – has boosted demand for grain for animal feed. Add in poor harvests due to bad weather in places such as the US and high energy prices, and it is not surprising that prices are soaring. But the most important reason for the price shock is the rich world's subsidised appetite for biofuels. Short-sighted policies are causing crops to be diverted to environmentally-dubious biofuels and, as usual, the burden is falling disproportionately on the poor.

The UN estimates that the cereal import bill of the neediest countries will increase by a third for the second year in a row. The World Food Programme has said that it might have to reduce rations to the 73 million people it feeds this year, or cut the number of people it will help. Increasing aid to such organisations is not a solution.

Many people assume that biofuels must be a good thing, helping the world to combat global warming and reducing dependence on oil from politically unstable regions. Both of those assumptions are incorrect. The first is based on the belief that ethanol and biodiesel (the main forms of biofuel) are environmentally friendly because they are plant-based rather than petroleum based. However, the soybeans and corn used to produce these fuels are high contributors to soil erosion and water pollution and need large amounts of fertilizer, pesticides and fuel to grow, harvest and dry. When the gases generated by the production of biofuels are factored in, they are not much less polluting than fossil fuels.

Neither does the second assumption hold as these biofuels are not particularly efficient when used in motor engines and it would take the entire corn crop of the US to replace 12 per cent of their current petrol consumption. Biofuels can be made more efficiently using other sources such as grasses and wood chips but in the US, at least, corn and soybeans have been the primary inputs for many years as a result of the lobbying efforts of corn and soybean growers. They have been able to win substantial subsidies for their crops, one result of which is that production of other food crops is being switched to this use – reducing the world's food supply of wheat by (according to some estimates) 30 per cent last year alone.

This means that biofuel production is having a direct impact on the prices of basic fuels. If oil prices remain high – which seems likely – the people most vulnerable to agflation will be in those countries which both import petroleum and have a food deficit, in other words, large parts of the developing world. The suggestion that alternative sources of biofuel should be found is also a danger to the poor. Cassava is a crop which provides one third of the calorie needs of the peoples of sub-Saharan Africa and is the staple food for over 200 million of Africa's poorest people. It can grow in poor soils and dry conditions and is high in starch. Unfortunately, its high starch content is what makes it an excellent source of ethanol, and China, Nigeria and Thailand are considering using it for that end. The result of switching to production for fuel use will be that an increasing number of poor people will face an even harder struggle to feed themselves.

The present use of biofuels does not even qualify for the epithet 'panacea' and is driven by an addiction to subsidies by some farmers and a refusal to re-think fuel consumption. Limiting our dependence on fossil fuels will not come about through such a mechanism. If the amount spent on subsidies were to be used instead on energy conservation programmes, and energy-efficiency moved higher up the agenda, not only would our dependence on oil reduce dramatically, but so would the production of greenhouse gases.

Investing in raising the efficiency of fuels derived from non-food plants and alternative sources of energy such as solar, wind and tidal power would help develop a broad and balanced strategy. Above all, it would mean that the poor would not be competing with a 4-door saloon for a sack of food.

This article was originally published in the Rapid Response series on the web site of the Heythrop Institute for Religion, Ethics and Public Life.

Rapid Response from the Heythrop Institute