Skip to main content
Photo by Cassiano Psomas on Unsplash 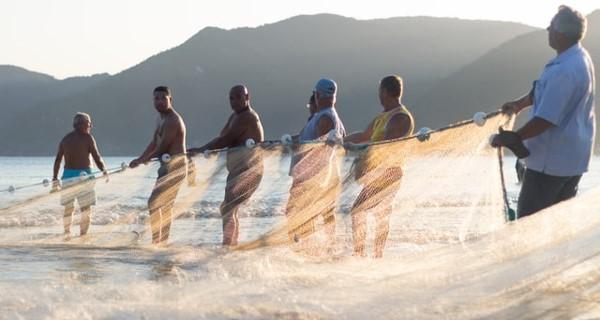 In the days after Easter Sunday, we hear about the disciples’ encounters with the risen Lord in various places. Denis Blackledge SJ guides us on a tour through the gospel narratives that takes in a garden, a road, a locked room and a lakeshore, leading us to our own resurrection moments. ‘We must dare to reach out to touch the risen Jesus, so that he may reach in and touch us at a level that changes our way of living and loving.’

We begin at the tangled mess on Golgotha. Our hope and promise, Jesus, has just breathed his last. How to get his body reverently down and in a tomb before Sabbath sunset? At least those who have stayed faithful can trundle him to a borrowed tomb, even though all the anointing will have to wait until after the Sabbath. So, there’s just enough time to roll the stone across the entrance, and then go home and wait to complete the deathly rituals when the Sabbath is over.

And so to that Sabbath, Holy Saturday as we now name it. What was ringing round the minds and hearts of those women and men who had set their sights on this Messiah-King, Jesus, as their redeemer and saviour, but who had seen him strung up as a criminal and tortured to death? The men had all scarpered: one even left his cloak and exited naked; one had denied Jesus three times at a fireside; another had hanged himself. Now they were locked away, scared of the knock, of being next in the crucial queue, thinking they might be next for the gibbet, all the while stewing in their shame and guilt. As for the women, they were busy with the oils, readying themselves for the morrow, when they would beautify his dead body with those powerful unguents and with great tenderness wrap his corpse in a clean linen shroud.

Stay for a while with those folk, soak up something of what was going on. Feel the rare emptiness, the shattered dreams, the doom, the shame, the guilt, the end of hope and future possibility.

Dawn creeps in: it is the start of the day after the Sabbath. The women dash to the tomb, ready with their ointments to reverence the corpse of Jesus with all the rites of death, as the law required. But, to their horror, the tomb is open, the stone rolled back, the corpse gone, grave clothes lying on the ground. Not only that, but there are angelic presences with a puzzling question: ‘Why are you looking for the living among the dead?’ In one version, as memories go, Mary of Magdala dashes off to tell Peter and John, who scurry to the tomb.

Memories may get a bit confused. But they share what mattered to them. A dash to the disciples to tell them that the impossible has happened: Jesus is alive! ‘And there, coming to meet them, was Jesus.’ But was it really him? For this is all too good to be true. It’s all a blur. Mary of Magdala, through her blinding tears, sees a man whom she takes to be the gardener, and asks if he has seen the one she is really searching for. In a flash, all becomes clear when she hears him speak her name – ‘Mary!’ – and she just leans into the risen Jesus, the heart of her longing.

But she has a job to do: not to cling to him on her own, but to announce this awesome news to the other disciples, locked away as they were. Mary, the first apostle of our resurrection world, the first to witness the dawn of a new era, passion becoming glory.

All we have in the gospels is a few verses of Mark, a chapter each of Matthew and Luke, and two chapters of John to tell us about the resurrection moments and encounters, precious meetings with the risen Lord Jesus. Often Jesus will be a tease, unrecognised or unrecognisable, as this shocking new reality hits home to each one of the women and men privileged to share these intimate experiences.

How must those hopeless – in all senses of the word – disciples have felt in their shame and guilt when Jesus comes in through a locked door and stands before them? Try to access their feelings at that exact moment when they realise what is happening, and who this really is. What will Jesus’s first words be to them all, traitors as they were? How amazed and humbled they must have felt when Jesus simply said: ‘Peace be with you’ and showed them his hands and pierced side. Not only that, but he went on: ‘As the Father sent me, so am I sending you.’ More still: forgiveness is granted to them, and they are missioned in the power of the Holy Spirit to forgive others. How long did it take them to let go of their shame and guilt, and forgive themselves, as the risen Jesus had already pardoned them?

Thank goodness for Thomas, absent at that moment, unwilling to believe, doubting until he could put his fingers into the raw wounds of the crucified and risen Lord Jesus. Notice the sheer gentleness and courtesy with which Jesus treated him. Thomas reminds us that a touch of doubt is a good thing when it comes to believing. Consider how he must have felt at that moment, when nothing mattered any more except his wonderful words: ‘My Lord and my God!’ Note how the risen Lord Jesus breaks whatever barriers are before him.

Two disciples who were heartbroken, walking away from Jerusalem with their future in pieces, recollected their story to a stranger who joined their company and let them pour out their woes. He nudges them on with simple questions, which focus them on all that has happened over the past few days in the city. After carefully listening to them as they told their story, he ends up by saying to them: ‘You foolish men! So slow to believe the full message of the prophets! Was it not ordained that the Christ should suffer and so enter into his glory?’ Then Jesus traces the thread of his own story in scripture, starting with Moses and going through the prophets. This reminds us all that we are all story-shaped, and that we only grow as we learn how to listen to and share our personal stories and histories.

Evening comes and hospitality takes over, as Jesus is invited to stay and eat with these folk whose eyes were still closed, but soon blinked fully open when Jesus took bread, said the blessing, broke it and shared it with them. ‘Did not our hearts burn within us as he talked to us on the road and explained the scriptures to us?’ They decide to dash back to Jerusalem to share their story, of the blessed binding together of the breaking of the word and the breaking of the bread: a wondrous Eucharistic moment!

No wonder there’s fear and alarm, agitation and doubt when, as the Emmaus couple get back to Jerusalem and are telling their story to their companions, ‘he himself stood among them’, with the same message: ‘Peace be with you.’ Jesus has to insist that they look at him, and he invites them to touch and feel him, as he shows them his hands and feet. Because they’re so dumbfounded he has to ask them for something to eat – how must it have shaken them when he ate a piece of fish before their eyes? The risen Lord Jesus stresses that he needs to be looked at, really looked at with all the attention we can muster, and that we must dare to reach out to touch him, so that he may reach in and touch us at a level that changes our way of living and loving.

And so back to work go Peter and his crew of six, including Thomas and John. All night they try, but by dawn there’s nothing in their nets. A landlubber shouts his suggestion to this weary bunch to throw the net out to starboard. I’d love to know what Peter really thought, but they did what the unrecognised Jesus said and were staggered, literally, by the awesome catch. John gets it first: ‘It is the Lord!’ Peter jumps in to be first back to the shore to meet and greet his risen Lord.

There’s great courtesy in the way Jesus, who already has a glowing charcoal fire with bread and fish, invites them to join him: ‘Bring some of the fish that you have just caught’. Peter is given a chance to renew his following and commitment. Three times he had denied knowing Jesus at that fireside on the night of Jesus’s arrest and betrayal. Jesus now asks him three times: ‘Do you love me?’ Peter, overwhelmed, professes his love: ‘Lord, you know everything; you know I love you.’ And his life moves from fishing to feeding hearts and minds: his covenant with Jesus is renewed.

We live in a resurrection world, and we live with the risen Lord Jesus as the first-born of all creation. We must let ourselves be gripped by this story that is too good to be true. We must learn, day by day, to take on trust the witness of these ordinary folk, who dared to share their story in ways that were not afraid to speak of their failure and vulnerability. We are called to catch the truth that these resurrection moments contain and echo it in our own lives. Resurrection is here and now, in each moment, as we come to realise in the deepest depths of our minds, hearts and guts that Jesus is truly coming to meet us on our individual and communal journeys towards him, our risen Lord and Saviour.

Bresurrection: Brexit and the task of reconciliation