Skip to main content
'Testament of Youth' by Vera Brittain 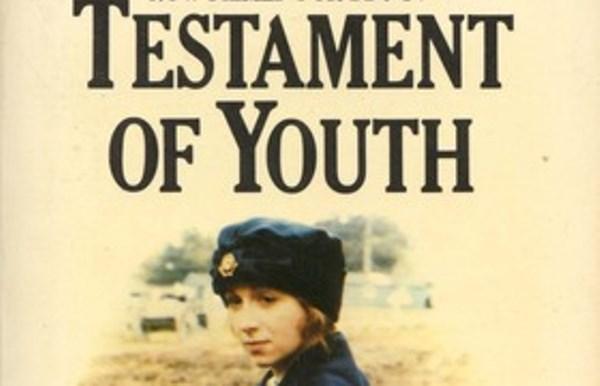 Over the coming weeks, Thinking Faith will contribute to the commemorations of the centenary of the beginning of the First World War with new instalments in our ‘You Really Must Read…’ series. We have asked our authors to write about their favourite piece of World War I literature, and we’ll be recommending to you a mixture of popular and lesser-known texts. Simon Potter begins with his own testament to Vera Brittain’s memoir, Testament of Youth.

This astonishingly moving account of a young girl’s part in World War I is such an unusual contribution to war literature: it is not by a man, it concerns life at home and at school, and when the action moves to the battlefield it is through a nurse’s eyes that we see the conflict. First published in 1933 (and re-printed over twenty times by Virago since 1978), Vera Brittain’s 661-page memoir is beautifully written, deeply affecting and searingly perceptive about politics, men and nations.

Born in 1893 into a prosperous, paper-mill owning family, Vera Brittain had a sheltered, upper-middle class childhood in Macclesfield. ‘All doors and windows to the world of politics were closed to me…we were never allowed newspapers’. She tells us that it would be hard to imagine ‘how abysmally ignorant, romantically idealistic and utterly unsophisticated my contemporaries and I were’. She realised that they were ‘easy victims for the War propagandist’.

At St Monica’s School in Burgh Heath, Surrey, where she boarded (and from where, amazingly, she could hear ‘the sinister shudder of the guns’ on the Western Front) she was introduced to contemporary affairs by a teacher. Miss Heath-Jones gave her newspaper cuttings and lent her Olive Shreiner’s Woman and Labour, which opened her eyes to the Feminist cause.

Her brother, Edward, went to Uppingham School and Vera writes with limpid happiness about a Speech Day there when she met the love of her life, Roland Leighton, a brilliant boy who won nearly all the prizes in the Sixth Form. ‘It was the one perfect summer idyll I ever experienced. Never again for my generation was there to be joy which no cloud would darken’.

At Somerville College, Oxford, Vera was ‘disturbed by the tranquillity with which elderly Oxford viewed spring-time death for its young men’. When Roland went off to the Front, Vera found ‘a baffling quality in him and feared that the war should come between us and thrust me out of his life’. She wrote to him: ‘Don’t get too absorbed in your little world over there.’ She was aware of ‘that terrible barrier of knowledge by which the war cut off the men from the women.’

She decided that she could not bear to remain at home doing nothing, so enrolled as a volunteer nurse (VAD) on 27 June 1915 – a date that would be significant to her exactly ten years on. She worked first at The Duke of Devonshire Hospital near Buxton, later at Camberwell in London, then in Malta and finally in France at the Front itself. She was not taken in by ‘the bloodthirsty armchair patriotism’ all around her, because, by nursing both British and German soldiers, ‘it was always Roland I was nursing by proxy’.

It is part of the brilliance of the book’s structure and the carefully chosen language (Vera Brittain was, of course, a poet as well as a writer of prose) that we sense, like a choking gas, the aura of doom which hangs over the narrative – and, of course, Roland eventually dies. The passages concerning his death are inexpressibly sad. By little ways, she had come to love him passionately – her descriptions of their cold winter farewells at St Pancras are particularly well-written, as when she slipped her little fingers into his heavy gloves and felt his warmth. She captures perfectly the aching desolation of his loss and her guilt at remaining alive.

Her poem ‘Ave’, which acts as a forward to Chapter I, explains how the war came ‘to dethrone/ Those dreams of happiness we thought secure’. Before the dreadful tragedy took hold, she merely felt, in common with so many in 1914, that the war was ‘an interruption of a most exasperating kind to my personal plans’. By the time of Roland’s death, and her use of the poet May Cannan’s line: ‘Know this is YOUR war’, she has been brought to full emotional understanding by devastating personal loss.

Her account of the horrible half-life of her parents’ generation (so often not explored in war literature of the time) is a reminder that, nurtured in the Pax Brittanica, they were far less fitted to cope than the young. ‘I underestimated the effect upon the civilian population (and on parents) of year upon year of diminishing hope, diminishing food, diminishing heat, of waiting and waiting for news which was nearly always bad when it came.’

As the war drags on, that sense of doom pervades all, until, inevitably, (and we know it will happen, for Vera has become more and more emotionally dependent upon correspondence with him), her brother Edward is also killed, in a pointless skirmish on the Italian frontier.

The beginning of the last section of the book sees Vera going out to Italy after the war has ended to find Edward’s grave. She had gone back to university after 1918, but had found that, in the company of the fresh young girls who had not known war service, she was like a phantom from a vanished era, ‘a haphazard survivor from another life’. It was during this time in Oxford that she formed a close friendship with the irrepressible and glamorous young novelist Winifred Holtby, who would accompany her to Italy. When the plain grave of Captain E H Brittain MC, killed aged 22 on 15 June 1918, is found, Vera writes: ‘who could have dreamed that the little boy born to a provincial family would end his brief days among the pine-woods of an unknown Italian plateau?’

Vera’s poem ‘The Superfluous Woman’, with its touching lines; ‘But who will look for my coming?’, ‘But who will give me my children?’ begins her examination of the lives of a generation of girls left with no men. The Times, estimating that the number of superfluous women was 101 per 1000 of the population, recommended that women should go abroad to find husbands. Vera herself did not expect to find a love to replace Roland’s: ‘the war had left an emptiness which not even the most intimate friendships could fill.’

So she travels across Europe, shocked by the cruelty of the Treaty of Versailles and its ‘failure of courage and generosity’. Seeing the pitiful state of Germany, she correctly prophesied, ‘I understood that the results of the war would last longer than ourselves’.

The autobiography ends with her work for the League of Nations in Geneva. She wanted ‘to save the next generation from the grief and ruin that had engulfed my own’. She passionately desired an end to ‘the world of Haves and Have-Nots, of Owners and Owned, of Great Powers and Little Nations. So it was that I became a Socialist, in the belief that the Labour Party would help to work for a new order’.

Vera Brittain did eventually marry – on 27 June 1925, exactly ten years after she enrolled as a nurse – and had two children. Her daughter, Baroness Shirley Williams, still active in the House of Lords, wrote in the preface to the 1978 Virago reprint of ‘the terrible irony of the War: the idealism and high-mindedness that led boys and men in their hundreds of thousands to volunteer, and to die’. Worl War I was, ‘the culmination of personal war; men saw the human being they had killed’; it was not yet, ‘elimination through pressing a button – but bloody, pathetic and foul’.

Vera had originally planned a long novel, but admitted that her attempt was a hopeless failure. Luckily for us, she wrote this autobiography of her lost youth instead, and it remains a unique portrait of one girl’s journey from naivety and ignorance to great understanding and compassion. After her unexpected marriage, she wrote, as the last lines of her great work, ‘I found it not inappropriate that the years of frustration, grief and loss, of work, conflict and painful revelation, should have led me to this new beginning’ – such is what she was to work for all her life (she died in 1970) on the larger canvas of a new Europe.