Skip to main content
Photo by Damien Walmsley via flickr.com 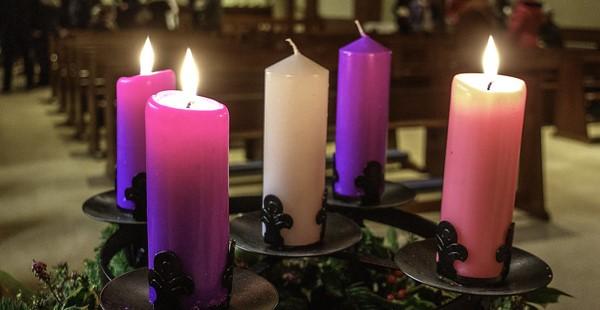 The third Sunday of Advent is known as Gaudete Sunday, and the Christian joy that colours our liturgy on this day is not something that we should keep to ourselves, says Patrick Nogoy SJ. He finds in the readings of the day the call to break down the barriers that prevent us from being hospitable and fraternal – a call that is echoed by Pope Francis in Fratelli tutti.

It was on the second day of walking that I began to feel the heavy burden of begging. Our humble pleas for leftover food were served with polite rejections. Even harder to accept were the gentle refusals of our requests to be sheltered for a night despite the sincere assurance that we meant no harm. I still vividly recall how afraid and vulnerable I was at that time, how uncomfortable it felt to be at the mercy of charity, to have nothing except faith in my pockets. I had a concrete taste of what it means to be a stranger-in-need on that day of my pilgrimage experiment as a Jesuit novice.

The struggles of the stranger-in-need are amplified in the world today: hordes of families fleeing from war and disaster, seeking shelter in another country; the many people forced to live on the streets; the masses of hardworking and honest immigrants denied full citizenship; groups under attack because of their race or gender. Pope Francis adds the disabled, elderly and unborn to this long list of people who are victims of toxic methods of discarding in this ‘throwaway’ world.[1] Nobody wants to be a stranger; or worse, a stranger-in-need. Yet, we wake up daily to the sad reality that this list remarkably keeps getting longer. To arrest the damaging effects of this irrational indifference and cruelty, Pope Francis proposes the idea of fraternity. From it, he draws a fresh understanding of solidarity as social friendship. He also enumerates some concrete measures that attend to the malaise of an increasingly un-fraternal world.

We have been reflecting this Advent on the richness of the Holy Father’s new encyclical through particular contrasts found within it – of different timescales, of remembering and moving forward. On the third Sunday of Advent, Gaudete Sunday, I invite you to consider, with the pope and the readings of the day, the interaction between the private and public spheres. This theme is implicit within Fratelli tutti and has a broad range of implications. As a form of reconciliation of the division between the public and the private, I offer the concept of hospitality, which is rooted in the joy that is the fruit of our ability to recognise God’s love for us.

After wiping away some tears, I got up and continued walking. I realised then that I could not totally blame those who had refused me food or kept their doors shut. In conversations I had with them, it was not a lack of empathy or a hard selfishness that was the problem. They had related past incidents of unkindness, ranging from small acts of ingratitude for a ‘paltry’ donation to serious situations of being held up. Some strangers are mischievous, a few untrustworthy, and in rare cases, violent. One cannot ignore the strength of suspicions owing to unpleasant returns for kindnesses previously extended. They constrict a generous will and limit our exercise of charity to a select group, in a comfortable and controlled private realm.

Pope Francis identifies this vicious circle of suspicion and cruelty that needs to be overcome if we wish to repair a fractured world through fraternal care. Although we have concrete experiences that explain some suspicions of certain others, letting these suspicions develop into an attitude of stranger-blaming only hardens the ‘walls and citadels’ of indifference and hate. This weakens the spirit of benevolence and leads us to retreat within our group of ‘associates’ instead of motivating us to reach out and make neighbours[2] out of strangers-in-need. This is exacerbated in cases of cultural and racial divides, a reality with which Jesus was all too familiar. He broke through the wall between Jews and Samaritans by his engagement with the Samaritan woman, and in highlighting as a moral exemplar a Samaritan who attended to a wounded and abandoned Jew in his famous parable.[3] Here, the spirit of charity, which begins with the individual, is manifested in the public realm as the face of hospitality.

In the first reading for Gaudete Sunday, [4] Isaiah narrates how the Lord has called him to ‘bring glad tidings to the poor, to heal the brokenhearted, to proclaim liberty to the captives, and release to the prisoners’. These clusters of strangers-in-need are the chosen beneficiaries of the ‘year of favour from the Lord’. A similar calling is heard by John, who was asked to prepare the way of the Lord and baptise those who want to be reconciled with God but found God ‘inaccessible’ because they were outcasts, deemed impure by the law. Today, this same ‘voice crying out in the desert’, the spirit of the Lord, is inviting us to overcome our suspicions, to break the walls that imprison our hearts, and, in freedom, to be part of the ongoing mission of reconciliation. In particular, the call is to go beyond our comfort zones and help to build hospitable communities that make neighbours out of strangers-in-need.

Some might dismiss this idea of hospitality grounded on fraternity as an unrealistic social utopia, suggesting that it represents a political naiveté of deep disagreements and differences. Those who wish to caricature it might say that it envisions a political society as a charitable institution. But we ought not to let our efforts be stymied. If we can hear the call of the Spirit in the ambition to reform social institutions, so that we refrain from weaponising our differences and create a climate of respect where each person feels that they belong, reducing the trade-offs that only disenfranchise the poor and weak, then we should take comfort and courage in that.

A way to boost our morale is to listen again to the ‘testimonies to the light’, such as John was for those strangers-in-need of God’s salvation during his time. We can draw inspiration today from the many narratives that reflect God’s light – those who delightfully serve others with gratitude. The witness of carers, nurses, volunteers, cleaners, teachers and parents in this time of pandemic – ordinary saints among us who awaken us to our shared call to subject others to the power of love in the manner of Saint Francis.[5] The stories of those who have had personal experiences of healing and faith and have not let these spiritual gains remain private but instead moved to the public realm where they were undeterred in acting as good Samaritans – or innkeepers[6]: forming hospitable communities for those who are strangers-in-need through their championing of policies, causes and organisations.

Aside from listening to shared stories of mission, we can enter into a rather personal examen of God’s goodness in our lives: ‘for he has clothed me with a robe of salvation and wrapped me in a mantle of justice’, as the prophet Isaiah says. In this personal, prayerful reflection, let the joy of a timeless spiritual truth sink in our hearts: we have received much undeservingly. Among the gifts we have received is the spirit of the Lord that inspires us to move out of our narrow private realms into responding to pressing public needs. Christian joy is not merely happy sentiment; it is a well-spring of encouragement. We need encouragement in the long and dark winter when our efforts seem to run us into brick walls, or when the temptation to remain suspicious of others and hence be comfortable in our private group is very strong. May spiritual joy sustain our labours in forming a more welcoming and humane world in which strangers-in-need can find dignity, belonging and home; in which the fraternity in the public realm to which the pope calls us can draw from the deep wells of our private joy.

Patrick Nogoy SJ is a Jesuit of the Philippines Province studying for a PhD in political philosophy at University College London.

Humanism and Faith in Christ