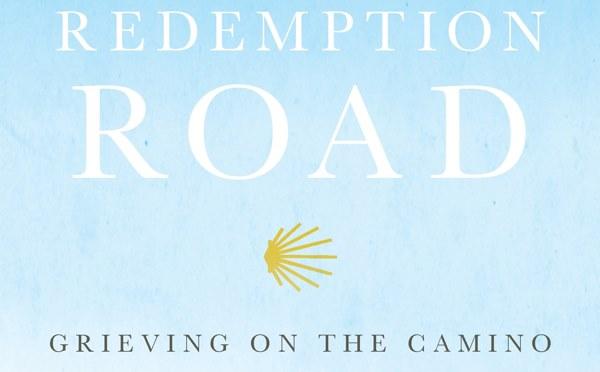 Redemption Road could be described succinctly as a labour of love on the part of its author, Irish Jesuit priest Brendan McManus.  This short text tells the story of a physical journey across northern Spain, and the emotional and spiritual journey of its author’s attempt to come to terms with his brother’s suicide.

In this blow-by-blow – literally, given that a series of injuries and misfortunes form the backbone of the book – account of the author’s pilgrimage along the Camino de Santiago de Compostela, no stone of detail is left unturned.  Life on the Camino is described with raw honesty, the blisters and the disrupted sleep as well as the personal encounters and prayerfulness.  As such, the book evoked for this reader welcome memories of my own pilgrimage.  McManus has a knack for capturing in words drops of the essence of the Camino, which stirred latent emotions for me, as no doubt they would for other past pilgrims. Some made me giggle and remember how Camino life is so at odds with everyday routine:  the feeling of being ‘curiously unbalanced’ when walking without one’s ever-present backpack (p. 51), and the image of the author ‘looking somewhat like a camel’, with drying clothes pinned to his back (p. 63). Others put me in a more reflective mood – ‘solitude here did not mean loneliness’ (p. 23) – and made me long for ‘the falling away of other concerns’ that the austere living on the Camino brings (p. 26).

McManus’s physical pilgrimage was hampered frequently by leg trouble, and as such his narrative can come across as cyclical – a few days’ walking only to be forced to stop, address the problem, recalculate and get on the move again...and repeat. But he punctuates this re-telling of the facts with an equally detailed account of his interior journey. He reaches a new milestone along his inner ‘Way’ with each obstacle he encounters: learning to go at his own pace; becoming more aware of distractions; paying attention to what his body is trying to tell him; not always taking what seems to be the easiest option.  As such – and this is described explicitly – this is an account of Ignatian discernment in practice; it is one long Examen. At all times, the author is asking himself, ‘What would Ignatius do?’, and he explains his answers to the reader in terms of the direction given in the Spiritual Exercises and the example set by Ignatius himself as he responded to suffering and setbacks.  In addition to the main text, there are extensive endnotes and references – I confess to finding these slightly distracting, but I am sure that many of them could be well utilised by a reader keen to find out more about Ignatian spirituality.

One concern is that on its surface, this book paints a somewhat one-dimensional picture of Ignatius, as a figure caught up with identifying and reacting to negative forces; perhaps the driven, dynamic character that he is so often described as is not introduced overtly.  But if one reads between the lines, this aspect of the Ignatian character is certainly present: at the core of the book is a passionate quest for consolation and to do good.

The Ignatian commentary is accompanied by the author’s reflections on his brother Donal’s suicide: the book is subtitled ‘Grieving on the Camino’. The Camino, in fact, is only one stage on this much longer journey of grief. We are given fond and vivid descriptions of Donal; and then are told in a lamenting voice about his depression and suicide, and its effect on his family. McManus’s personal reaction had progressed from the initial, violent shock to ‘ongoing silent anguish’ and ‘a spiritual crisis that I was only dimly aware of’ (p. 2) – traumatising for anyone, and surely no less so for a Catholic priest.

McManus writes movingly at regular intervals about his memories of his brother, but it is in the passages where he is most honest about the questions he asked of God – for himself and on behalf of Donal – where this book packs a real punch. ‘Before I could let God off the hook... I had to pass through the purifying furnace of grief’ (p. 71) he writes, as he admits readily to a crisis of faith.  And, after describing Donal’s ‘impressive’ faith: ‘I wonder what kind of God he found there in that moment and whether he got the deep peace he was looking for’ (p. 85).

In a review of the excellent 2011 film, The Way, my colleague wrote, ‘It’s the texture of life on the Camino that the film captures so well.’ The same could be said about Redemption Road.  In that sense, I suspect it is better suited to readers who have already travelled the Camino, who understand what McManus means when he writes, ‘ Merely saying the words in conversation, “to walk the Camino”, produced a visceral change in me, igniting a fire’ (p. 4). Although he is emphatic in his gratitude for even the smallest of blessings and captures the bonhomie of the experience through his evident fondness for many of his companions, I fear that his no-holds-barred account of what is at times an arduous experience may not act as a motivator for any would-be pilgrims.

Brendan McManus is to be admired and commended for his bravery in committing such a personal story to paper, and it is my hope that others who have travelled the same path – physically or emotionally – will read this book and recognise something of themselves in its pages.  All profits go to Console, the Irish suicide prevention charity, which could not be more fitting given that there is so much consolation to be found in McManus’s story.

The reviewer, Frances Murphy, is Editor of Thinking Faith.

Where the Hell Is God?

The Tyranny of Merit: What’s Become of the Common Good?