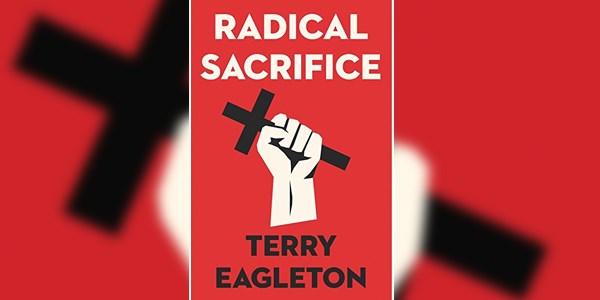 In this survey of an endlessly fascinating theme, Terry Eagleton demonstrates once again what an important theological voice he is, despite his status as a non-theologian. ‘Sacrifice’ positions itself at the intersections of philosophy, politics, literature and theology, and Eagleton is well able to hold his own in this complex interdisciplinary conversation. Which is just as well: one of the attractions of this short book is that condensed presentations of weighty pre-modern, modern and postmodern philosophers are mercifully interlaced with more accessible passages from literature, mainly Shakespeare and modern novelists.

The book is of a piece with the ‘religious turn’ in Eagleton’s work of recent years. He consistently distances himself from obscurantist or reactionary religion, and yet he has retorted vigorously to the wilfully ignorant caricatures of faith propagated by the New Atheists and other cultured despisers. His corrective approach is partly a matter of intellectual fairness; more importantly, Eagleton wishes to ensure that we do not lose the potential of religion’s alternative visions of hope, which can help and sustain us in challenging the unjust status quo.

The notion of sacrifice is precisely the kind of religious concept that is in danger of being swept away, along with religion in general. For the secular or liberal imagination, sacrifice is too encumbered with punitive, even sadistic connotations: ‘Sacrifice has not proved the most glamorous of notions in the modern age; it smacks of self-abasement and punitive self-denial’ (p.1). As Eagleton points out, the political abuse of this concept during the massive conflicts of the twentieth century has rendered it especially problematic. And yet the notion signifies nothing less than the possibility of deep, life-giving transformation. The point of true (‘radical’) sacrifice is to generate life, not to make a fetish of destruction and death. So ‘rehabilitation’ of sacrifice is key to Eagleton’s rehabilitation of religion.

As the chapter headings indicate, ‘sacrifice’ touches upon other topics, which Eagleton has been working on over many years: ‘Tragedy and Crucifixion’; ‘Martyrdom and Morality’; ‘Exchange and Excess’; and ‘Kings and Beggars’ (specifically looking at the figure of the scapegoat). So the book is a very convenient précis both of Eagleton’s work and of key anthropological/theological debates over the last half-century. It is not always an easy read, but the time saved in having to engage laboriously with Lacan, Derrida, Bataille, Marion, Milbank, etc. on exchange and gift makes the effort worthwhile.

For all that Eagleton acknowledges his indebtedness to Marx, the main man here is Sigmund Freud. Eagleton sees the negotiation of the two Freudian drives, eros and thanatos (death) as the fundamental human task, and on the whole he discusses the different readings of sacrifice according to this grid. But it is the potential in sacrifice for revolutionary transformation – for the enhancement of life – that concerns him, and the different takes on sacrifice are judged according to this criterion.

This means an adverse judgement on important styles of postmodern thinking, which seem to celebrate the destructive aspects of sacrifice but not its life-giving potential. Nietzsche and Heidegger are held to account here. An important aspect of Eagleton’s argument is his take on René Girard, the ‘doyen’ of contemporary thinking about sacrifice. Because Girard is best known for his highly influential rejection of sacrifice in Violence and the Sacred (1972) and in Things Hidden Since the Foundation of the World (1978), Eagleton rightly sees the importance of taking Girard head-on if his own project of rehabilitating sacrifice is to succeed. In these works Girard had exposed religious sacrifice as a social process of projection, a group channelling its aggression onto a victim for the sake of preserving social order: in short, nothing else other than scapegoating. To quote Robert Hamerton-Kelly, the cross shows us that allegedly divine violence, ‘is not divine vengeance at all but rather human violence dissembled through the Sacred into the vengeance of the god’ (cited, p.26).

Eagleton credits Girard with stirring up the lively contemporary debate about ‘sacrifice’ with this shocking discovery, but judges Girard’s negative emphasis on scapegoating to be reductive and ‘monocular’. He takes Girard to task for knowing better than the scriptural authors, when Girard dismissed the Letter to the Hebrews as a work that should have no place in the New Testament because of its sacrificial imagery. Eagleton also points to the lack of a real political dimension in Girard’s work.

Some of this criticism misses the mark. Girard himself very explicitly ‘recanted’ his views on Hebrews, admitting he had indeed ‘scapegoated’ the text. He also drew back on insisting on a rigidly negative view of sacrifice, recognising the word has changed its meaning over time, including theological usages that are perfectly acceptable. In this regard, Girard points to the importance of the story of Solomon’s judgement, concerning the two women claiming motherhood of a baby (1 Kings 3). Girard points out that both women act ‘sacrificially’ towards the child: one wants to see the child dissected; the other is willing to give up the child so it may live.

This is surely the very distinction that Eagleton is arguing for, and it is surprising that he does not advert to Girard’s mea culpa, given that it supports his own case. Eagleton cites John Milbank’s ‘bracing’ critique of Girard, but not Rowan Williams’ (admittedly carefully qualified) continued interest.  So there is more nuance here than Eagleton allows. However, lest I be numbered among the uncritically ‘hagiographic’ ‘acolytes’ of Girard, I should say that Eagleton is right to identify a need to work through some of the political implications of Girard’s mimetic theory, not least because it appears to have attracted some strange bedfellows.

This important consideration aside, there is little in Eagleton’s overview of sacrifice that either does not derive from Girardian mimetic theory, or is incompatible with it.

Terry Eagleton covers a lot of ground excellently, in under 200 pages. To mention oversights or omissions will seem churlish, but I shall do so anyway. To repeat, Eagleton’s use of literature to explicate complex themes is very welcome. The German novelist Thomas Mann is cited once, but some reference to the Freudian/Nietzschean dynamics of works such as The Magic Mountain and Death in Venice would work very well here. Likewise, William Blake’s lifelong wrestling to square the circle of ‘Romantic’ self-assertion and the revolutionary demands of the gospel provide an interesting case study. In his later work, Jerusalem, Blake insists on the ‘Mysterious Offering of Self for Another... Friendship and Brotherhood’, without which ‘Man is Not’:

And if God dieth not for man and giveth not himself Eternally for Man, Man could not exist; for Man is Love,As God is Love; every kindness to another is a little DeathIn the Divine Image, nor can Man exist but by Brotherhood.

As ever, the influence of Herbert McCabe is never far away, but Eagleton uses the width of the theological tradition, from Augustine to Moltmann. It is surprising that the theology of liberation, with its extensive reflection upon suffering and martyrdom as potentially transformative, has not been foregrounded. Just as surprisingly, the feminist critique of ‘sacrifice’ is scarcely addressed, nor is there much mention of traditions of sacrifice and martyrdom outside the Christian tradition (aside from dismissive references to suicide bombers).

These other dimensions cannot be ignored, but the conversation is not going to end any time soon. This is a thoughtful and erudite crystallisation of the debate around a cluster of key themes – sacrifice, gift, martyrdom, tragedy – that will enable the discussion to continue even more vigorously. What remains intriguing, of course, is the question of own Eagleton’s faith commitment in all of this. He remains reticent on the specifics – fair enough, given the audience he is trying to engage. The book is certainly not an apologetic for Christianity (other than to ensure that Christianity is fairly presented); and yet its dedication to the Carmelite Sisters of Thicket Priory is perhaps the only indicator we need of where his sympathies lie.

Michael Kirwan is a Jesuit priest of the British province, teaching and researching at Heythrop College, London and also at the Loyola Institute, Trinity College Dublin. He is the author of Discovering Girard (2004), and Girard and Theology (2009).