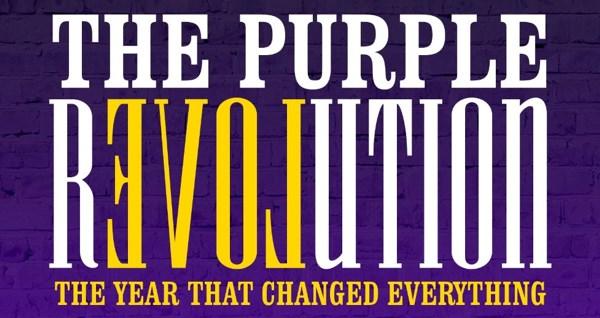 The extracts from this book published in The Telegraph emphasised Nigel Farage the human being: the man who survived cancer, a serious car accident and a plane crash. The book in its entirety presents Nigel Farage as the leader who turned the UK Independence Party from a fringe operation into a powerful political party.

In 1999, Farage was one of three UKIP members to be elected to the European Parliament. In 2006, he became leader of the party, and in 2009 led UKIP to second position in the UK elections for the European Parliament. In 2013, UKIP achieved its best ever results in the local elections and in 2014 they won more seats than any other UK party in the elections for the European Parliament. While the return of Douglas Carswell as a UKIP MP in the Clacton by-election, after his defection from the Conservative Party, may have been predictable, UKIP has proved elsewhere that it is a genuine force in British politics: another Tory defector, Mark Reckless, returned to his seat in Rochester and Strood despite a formidable Conservative campaign; and in Heywood and Middleton, UKIP came within 623 votes of defeating Labour. This book describes how Farage built up and professionalised UKIP. It also describes what he is doing to get himself elected as Member of Parliament for South Thanet in May. UKIP is indeed the party that Farage has built.

While Farage remains committed to bringing about a British exit from the European Union, under his leadership UKIP has started to develop a programme for life after a ‘Brexit’. The machinery that Farage has built up is designed to last: thus he described the opening speech of the 2013 Party Conference as, ‘part of the process of growing up into a broad, fully formed party’ (p. 171).

The Purple Revolution is short on policy. So it has to be read alongside UKIP’s policies announced elsewhere, some of which are deeply problematic for anyone who holds that the Torah is part of God’s self-revelation to Israel and hence a source from which we can learn the divine law. It is a challenge to reconcile the command of Leviticus 19:34 – ‘The foreigner residing among you must be treated as your native-born. Love them as yourself, for you were foreigners in Egypt. I am the LORD your God’ – with the proposal endorsed by Farage to deny state education to the children of immigrants resident in this country for less than five years but already paying taxes here (The Independent, 16 March 2015).

For many readers of Thinking Faith, UKIP’s focus on immigration will be of particular concern. There is no evidence at all in this book that Farage is a racist and he has recently rejected such allegations with some vehemence. However, there can be no doubt that putting the spotlight on immigration is a key element of his policy: ‘if you can express the impact of surging, uncontrolled immigration on GP surgeries, primary schools and local wages, then you are making UKIP relevant’ (p. 233, describing his Thanet campaign).

Farage’s appeal is very much to the discontented, to the unhappy, to those in at least some despair. He is succeeding in harvesting their support. A repeated finding of Lord Ashcroft’s polling is that while most of those intending to vote Conservative are at least mildly optimistic about the future, those intending to vote UKIP are, in contrast, pessimistic.

Farage clearly loathes David Cameron and despises Ed Miliband. He describes most of the cabinet as ‘ghastly’ – although he is probably right to suggest that the feeling is mutual (p. 309). It is quite unusual to find such vituperative hostility between British politicians of different parties – although perhaps the less said about the opinions of members of the same party of one another, the better.

This is all deeply worrying, especially for those who consider politics to be a quest for the common good. As good Augustinians who recognise always the frailty of our fallen nature, we may disagree about the effectiveness of policies advocated by the Conservative, Labour and Liberal Democrat parties in tackling social evils, but it is easier to see these parties as offering a way to the common good, albeit via different roads or even according to different visions of what constitutes that good. It is not so clear that UKIP under Farage is offering a road to any version of the common good that could be derived from the divine or natural law.

Farage has suffered serious physical injuries which cause him to be in frequent if not constant pain (p. 117). Is his determination in carrying on his political campaigning an example of the virtue of courage?  We can compare this perseverance despite continuing pain with that of Iain Macleod, who suffered severely from a wartime injury and, by the end of his life, was quite seriously disabled. But no post-war Conservative politician had a firmer grip on the need to tackle the injustices in society. Nobody did more to remind Conservatives that they lived in a society in which too many were denied the opportunities of a good life. While Macleod was firmly committed to a Christian tradition of a just society, The Purple Revolution – and other of Nigel Farage’s pronouncements – leaves an uneasy feeling that UKIP is something new and different, and raises some uncomfortable questions about its extraordinarily effective leader.

Partisanship for the common good?

Liberal Democrats and the Common Good