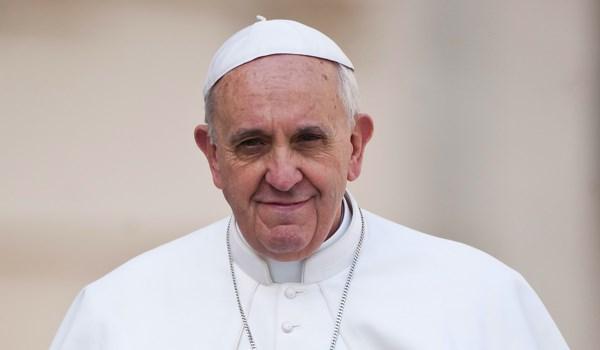 The collective mind-set in Ireland as the country prepares for Pope Francis’ visit to the World Meeting of Families is a fragile one. The consequences of a momentous vote in favour of repealing the 8th Amendment are being worked out, and the recent revelations about abuse in the USA have caused much discontent. Irish Jesuit Gerry O’Hanlon surveys the religious and political landscape in Ireland, and wonders how recent events might shape the future of the Church.

How lies Ireland in the aftermath of the referendum in late May to repeal the 8th Amendment to the Constitution on protection for the unborn, and with the imminent visit of Pope Francis? Well, at one level, all has been calm, almost becalmed: for a while, the torpor induced by a long spell of unusually hot and dry weather was seemingly broken only by the almost Aristotelian drama evoking pity and fear (and, it has to be said, not a little black humour) among the public as a gallant England side battled to honourable World Cup semi-final defeat.

But of course deeper currents wait to emerge – one of which has now become apparent with the recent abuse revelations in the USA – and it may be worth exploring what is at issue. Will the papal visit offer a model of Church to Catholics in Ireland that will energise them by its attractiveness? And will the level of anti-Catholic rhetoric reduce in the post-referendum situation, as the perception of church power over state policy diminishes?

The referendum result was a stunning victory for the ‘yes’ campaign, the extent of which (66.4% yes, 33.6% no) came as a surprise to both sides. Its effect is to leave Ireland without constitutional impediment to the introduction of legal abortion. The government, prior to the referendum vote, had already published the likely shape of the legislation it plans to propose to the Dáil (parliament). This legislation, inter alia, permits abortion more or less on demand up to 12 weeks. How is the Church to respond, and how can the visit of Francis give pointers to a wise response?

The bishops have already given an initial response by regretting the vote, speaking words of gratitude and consolation to ‘no’ voters and campaigners, and proposing to establish a Council for Life to tackle the fallout from the result. A couple of them seemed to question the bona fides of ‘yes’ Catholic voters by urging them to go to confession.

There have been other responses. Interestingly the Archbishop of Dublin, Diarmuid Martin, took a more measured approach. In a homily at a diaconate ordination in Maynooth on Sunday 27 May 2018, two days after the referendum, he warned against the Church becoming inward-looking, a ‘self-centred contented, safe, comfort-zone for the likeminded’, wondering did the Church ‘speak today in the language of today?’, and asserting that: ‘ An inward looking, self-serving Church becomes an arrogant Church.’[i]

He went on to refer explicitly to the referendum: ‘Many will see the results of Friday’s referendum as an indication that the Catholic Church in Ireland is regarded today by many with indifference and [as] having a marginal role in the formation of Irish culture’. He advised that,

The Irish Church after the Referendum must renew its commitment to support life. The Church is called to be pro-life however not just in words and statements and manifestoes but to be pro-life in deeds, by being a Church which reflects the loving care of Jesus for human life at any stage. That loving care includes support to help those women who face enormous challenges and who grapple with very difficult decisions to choose life … being alongside those whose lives are threatened by violence, and being alongside those who cannot live life to the full because of economic deprivation, homelessness and marginalization. Pro-life means radically rediscovering in all of our lives a special love of the poor that is the mark of the follower of Jesus. Reshaping the Church of tomorrow must be marked by a radical rediscovery of its roots.

North American Jesuit commentator Thomas Reese[ii] suggests that the result of the Irish referendum shows the need for a new pro-life strategy globally and particularly in the United States. Putting it bluntly, he states that, ‘most Americans think that abortion should be legal even if they think it is immoral’. He goes on to suggest that there, ‘is no indication that this thinking will change’ and suggests that pro-life strategy for the future should invest its energy not in what he perceives to be the impossible goal of making abortion illegal but in the eminently achievable one of working to reduce the number of abortions. I recall in this context the mantra of many who voted ‘yes’ in the Irish referendum – their stated desire was to make abortion ‘safe, legal and rare’. Reese goes on to propose a host of policy options in the USA which would make this goal more likely, including increasing the minimum wage, free or affordable childcare for working and student mothers, free or affordable healthcare for mothers and their children, parental leave programmes, income and food supplements, and so on.

Cathleen Kaveny, [iii] who teaches law and theology at Boston College, observes that the Irish referendum debate was governed by the clash of values between the duty to preserve life and the right to bodily integrity. She calls for the Church’s response to a situation of such moral complexity to be articulated in a way that allows this complexity space to breathe. There are plenty of ‘difficult moral conversations that engage people caught in today’s bewildering flux of sex and relationships’, she says, including about issues of responsibility towards the unborn and the particular cases of rape and disability. A Church that positions itself to listen as well as speak in these conversations, and exercises a willingness to walk with people in their journey of conscience, will be demonstrating: ‘the “accompaniment” called for by Pope Francis … a willingness to help people bear the burden of these conflicts. The first step is a willingness to hear about them in unvarnished and open conversation’.

It seems to me, then, that the Irish Church can be helped greatly by Pope Francis if, in line with Martin and Reese, it can avoid turning in on itself and engaging in a single-issue resistance to the abortion result, and learn instead to adopt more wholeheartedly the consistent life ethic that places abortion in a wider context of respect for life at all stages. The care, compassion and pastoral depth of Francis, and the accompaniment for which he calls, can be a wonderful model here. More fundamentally, it seems to me[iv] that the crucial difference Francis can make to the Irish Church is his strategic option for ‘an entirely synodal Church’, one in which power is decentralised, in which open debate and consultation is normalised, with appropriate accompanying structures and institutions and with discerning attention to the ‘sense of the faithful’. This, according to Francis himself, is how real and lasting change can happen in the Church, which, as the People of God, ought never be infected by clericalism but ought to embrace the enduring value of a Magisterium that must be always in conversation with theologians and, above all, with the baptised faithful. An antidote to clericalism has assumed even greater importance and urgency in the wake of the storm that has arisen over the recent shocking abuse revelations in the USA, and the identification by Pope Francis of clericalism as the root cause of an unsafe Church.[v]

So far, with some exceptions such as the very successful Limerick Synod and listening exercises in parishes and other dioceses, the leadership in the Irish Catholic Church has been reluctant to embrace the pope’s assertion that, ‘it is precisely this path of synodality which God expects of the Church of the third millennium’.[vi] And for all his astuteness and leadership in other areas, the Archbishop of Dublin has not, so far, gone down this route. Yet a Church that could release the repressed energy of its people through an exercise of service and humble leadership would be in a better position both to renew itself and also to engage in dialogue with the State.[vii] Remember, Francis himself dreamed that such a Church, whose unity welcomed diversity, might become a ‘standard lifted up among the nations’, a kind of banner of hope to countries that strive to build societies that are participative and in solidarity with all citizens.[viii] A post-referendum, synodal Church in Ireland would want to engage with ‘yes’ as well as ‘no’ voters.

Finally, on that topic of Church-State relations, it is premature to suppose that the referendum result will eliminate altogether the kind of anti-Church rhetoric that owes much to the scandals of the mishandling of clerical child abuse but also to the decades-long power of the Church in its relations with the State. I say this not least because of the ongoing influence of the Church in education and healthcare, resented by many secularists. These battlefields have yet to be negotiated successfully, but perhaps the referendum result will help in allowing the State to see that it has little now to fear from church power in Ireland, and to seek for a ‘win-win’ solution with respect to education and healthcare rather than a ‘zero-sum’ victory that would deprive us all of the enduring value of the religious ethos and influence in civil society.

Gerry O’Hanlon SJ is author of The Quiet Revolution of Pope Francis: A Synodal Catholic Church in Ireland? (Messenger Publications, 2018)

[v] Pope Francis, Letter of His Holiness Pope Francis to the People of God (20 August 2018): http://w2.vatican.va/content/francesco/en/letters/2018/documents/papa-francesco_20180820_lettera-popolo-didio.html

[vi] Pope Francis, Address at Ceremony Commemorating the 50th Anniversary of the Institution of the Synod of Bishops (17 October 2015): http://w2.vatican.va/content/francesco/en/speeches/2015/october/documents/papa-francesco_20151017_50-anniversario-sinodo.html

[viii] Pope Francis, Address at Ceremony Commemorating the 50th Anniversary of the Institution of the Synod of Bishops.

Horizons beyond walls: Pope Francis in the Holy Land

The world can be seen more clearly from the peripheries: the fourth World Meeting of Popular Movements