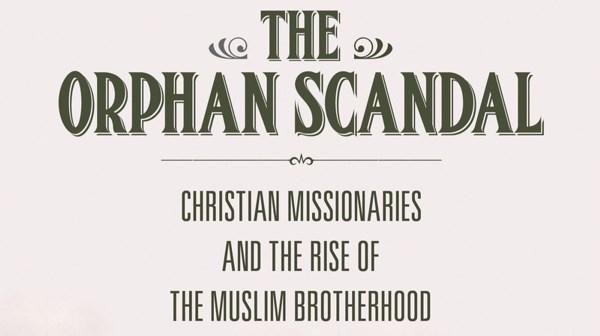 Among the more sclerotic of ideological stand-offs in the contemporary world is that between, on the one hand, neo-conservative American evangelical Christians and, on the other, the Islamism (or ‘political Islam’) of the Muslim Brotherhood, its many off-shoots and affiliates. Beth Baron’s rich, enjoyable and elegantly written book takes us back to the Egypt of the early 1930s to show that there is an unexpected genealogical relationship between these two antagonistic groups: ‘in the close encounter with Protestant missionaries and British occupiers, Islamic activists reshaped Islam to position it for survival’, so that ‘Islamism would ultimately bear an uncanny resemblance to Protestant evangelicalism’ (p. 198).

So, how is it that modern Islamism owes such a profound debt to those evangelical missionaries? Not only did the latter serve as a pretext to motivate the assertion of a more militant Muslim identity, but their typical methods also provided a blueprint for the institutional expression of such an identity. This insight is bound to be embarrassing to both sides. Evangelical missionaries will be horrified to think that it was the actions of people like them which helped to energise and shape the very structures used by today’s Muslim radicals. Islamists, in their turn, will hardly want to face the fact that their movement was fashioned in the likeness of Christian organisations. Yet such are the ironies of history; better to look them straight in the eye and to learn the humbling lesson they teach.

This book is the latest in a series of serious historical examinations of the progress of Christian missions in the Muslim-majority colonies of the Great Powers. Previous scholarship has been devoted to attempts to ‘convert’ the Coptic Christians of Egypt to evangelical Protestantism and to the missionaries’ contribution to the secularisation of the countries they worked in. They were, after all, bearers of highly secularised Protestant cultures, be they British, North American or Scandinavian, and their notions of zealous religiosity were distant indeed from those to which their colonial subjects would have subscribed.

Here, breaking new ground, we get to explore evangelical projects aimed at converting Muslims. The fascinating narrative constructed here by Baron sheds an intense light on the individuals closely involved, directly or indirectly, in a single event and its aftermath: the thrashing by a Swiss missionary of a young Egyptian orphan named Turkiyya Hasan on the morning of 7 June 1933. What was in all likelihood an all too mundane occurrence under conditions of colonialism gave rise to a huge media storm which unleashed pent-up pressures within Egyptian society and decisively entrenched certain orientations in the young Muslim Brotherhood which still have ramifications today.

Prior to this event, Muslim opinion had already started to take exception to the activities of Protestant missionaries in Egypt. However, because the missionaries were protected by the British authorities, it was hard to take action to regulate them. In any case, the missionaries provided essential social services, especially the care of orphans, which is why Egyptians tended to be tolerant of their presence, however ambiguous they may have found their motivation. This was in spite of provocations, such as the incursion in April 1928 of Dr Samuel Zwemer into the precincts of Cairo’s al-Azhar University, the most venerable and prestigious of Islam’s traditional seats of learning, brandishing his missionary leaflets. It was only the ‘orphan scandal’ which blew up at the Swedish Salaam Mission School in Port Said some five years later that convinced Egyptians that vulnerable young Muslims housed in evangelical institutions were being coerced into conversion to Christianity. This could only lead to an outcry which galvanised resistance to the missionaries and eventually brought down the government itself.

Instead of taking action against the missionaries, the Egyptian government, effectively under British colonial control, took measures to suppress the anti-missionary movement which was demanding legal restraints on the missionaries’ activities. This defensive, pro-foreigner posture was made even more necessary after a group of French Franciscan nuns was attacked near the town of Tanta in the Nile delta because of their work with orphans. Opposition to the missionaries was deemed by the authorities to be ‘hate speech’ and action was taken to quell it. What could not be allowed to continue, however, was the control of Muslim orphans by Christian institutions. Whilst Jewish and Coptic children were deemed undeserving of protection from proselytism, the Muslims were seen as requiring special treatment and so were withdrawn en masse from what had been their homes. Thus was born a politically validated sectarian division in Egyptian society which lasts to the present day and which sees the state’s responsibilities as preferentially engaged in favour of its Muslim citizens.

And so, Baron shows us how a little known event which took place over eighty years ago in a colonial era which now seems very foreign indeed, points up dynamics of rivalry and resentment which we see fully matured in our own day. But the tensions and forces surrounding it are, in a real sense, more important than the drama itself. No-one can be sure that the Islamism which now haunts every news programme would have been so very different had young Turkiyya not been chastised that fateful morning; the forces which inspired Hasan al-Banna to make opposition to foreign missions a central plank in the agenda of his newly-founded Muslim Brotherhood were already in play. Likewise, missionaries had already impressed al-Banna with their provision of social welfare for the population, nowadays a practically obligatory dimension of the work of Islamist organisations the world over. And although the focus of imitation was generally the Protestant missions which sought so zealously to win their Muslim targets for Christ, the Catholic missionaries offered another model which was, if anything, even more influential on the Brotherhood’s way of proceeding:

Islamic activists called for copying Christian schools, especially Catholic ones such as those of the Frères and the Jesuits, which inculcated the principles and practices of Christianity and taught the literature and history of the church and Christian nations. (p. 148)

Armed with these two rather different institutional responses, social welfare and religious education, Islamism was ready to turn their enemies’ own weapons against them:

Taking a page from the missionaries’ script, the Brothers rewrote it for their own purposes. The copying and adapting was local and specific: a school answered a school. A factory challenged an industrial workshop, a branch of Muslim Sisters responded to Bible women. In this way, striving to take back the terrain ceded to missionaries and protected by British colonial officials, the Muslim Brotherhood established the foundation of their own network of social welfare institutions. (p. 133)

The power of mimesis is formidable. It refashions us in the image of those we envy and resent. But Baron’s work is not merely a cautionary tale to would-be imitators. There is also a question here for the ones being imitated to reflect on: is it really to your advantage to have your own tactics played out against you? Another Christian-Muslim example from a different mission field is that of the German Karl Gottlieb Pfander who went out to British India to show Muslims the many contradictions he had discovered in their Qur’an. Little did he know that there would be Muslims in his audience who knew rather more about recent German historical critical study of the Bible than he did. They soon had the better of him, answering his arguments against the integrity of their sacred book with those of European scholarship against his. As if that were not bad enough, the encounter went on to nourish a genre of tendentious scriptural disputation perpetuated by both sides, and which has now colonised the internet where it continues to generate a great deal of heat and not a glimmer of light.

Pope Francis has referred to proselytism as ‘solemn nonsense’. Such a frank assessment will do little to relieve the palpable anxiety of those Christians who feel obliged to bring every conversation around to the call to conversion. It might, however, help those who feel utterly bewildered about the whole business of preaching Christianity but feel a nagging doubt about letting the side down by not joining in with the hard sell. Beth Baron’s fable provides a strong argument not merely for agreeing with the Holy Father but for going further. Trying to talk Muslims into accepting the Gospel is invariably perceived by them as a threat to the social fabric and rebuffed in such a way as to strengthen their commitment to Islam. There are exceptions, of course, notably among those who have felt wounded by Islam in their home country and now find themselves at home in, say, a liberal democracy in which they can choose another faith. But Muslim majority countries have provided notoriously meagre returns on evangelical efforts. It is sobering to think that those efforts also helped to provoke a backlash which, in its more extreme and cruel expressions, has wrought such harm.

For Catholics, inspired by the teaching of the Second Vatican Council to seek out what is true and holy in Islam, this should be an encouraging story. Working for peace, dialogue and understanding has rather less heroic appeal than setting out to convert ‘the other’; we need encouragement. But here’s the thing: the path of respect for another’s religion and culture is also, paradoxically, more likely to elicit real curiosity and openness to one’s own than does the aggressive zeal to win souls which all too easily instrumentalises relationships and poisons mutual trust. To echo Pope Francis once more, true evangelisation works through the power of attraction. The best way to bring people to Christ is not by moralising about the need to accept Him but by living out friendship with Him, sincerely and without guile. The challenge before us all is to ensure that the coming era of Christian-Muslim relations will be characterised less by power-play and interreligious contempt and more by dialogue and respect.

The reviewer, Damian Howard SJ, lectures in theology at Heythrop College, University of London and is a member of the editorial board of Thinking Faith.

Hope and the Nearness of God