Skip to main content
Photo by Diana Simumpande on Unsplash 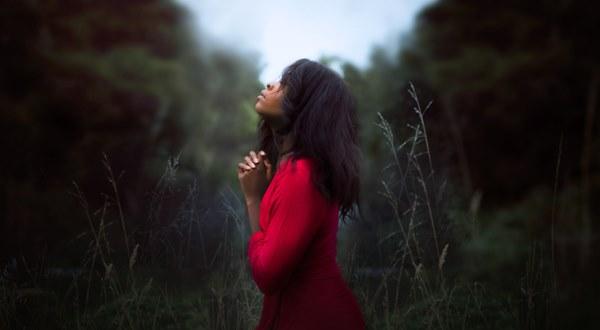 A new audio resource, Women of God, Women of the Cross, from the Jesuits in Britain introduces you to the women who encountered Jesus during his passion. Using our senses to enter into their stories as we listen to them is not an end in itself, says Gemma Simmonds CJ. The application of the senses, as Ignatius calls it, is an instrument of prayer and discernment, and one that extols faculties that have been – and, too often, still are – associated with women and disparaged.

Of all the ways of praying recommended by Ignatius in the Spiritual Exercises, the application of the senses is probably the most baffling. Ignatius encourages the application as a way of getting out of our heads and going deeper into the perceptions, feelings and promptings that have taken place over a day, especially at day’s end, when tiredness can make other kinds of prayer burdensome. The purpose is not for us to imagine ourselves smelling, touching and tasting our way through a first century Palestinian market or banquet or whatever it might be. Not only would that challenge the most vivid imagination, but it’s hard to see how it would be of significant help in the general process of seeing more clearly, loving more dearly and following more nearly that the Exercises are about. Ignatius is not asking us to imagine bodily sensations, but offering a very contemporary focus on the body as in and of itself a conduit for contemplation and discernment. It is a mode of prayer that can lead to the concretisation of whatever movements the Spirit is prompting, as we reach a deeper understanding of our own senses by experiencing and sharing how the embodied eternal Word uses his. Our imitation of Christ becomes more exact as we feel each sensation with and in him. It is a way of praying and discerning that may have particular resonance for women.

It helps to think how often we refer to bodily sensations in order to describe a powerful and instinctive reaction: ‘I had a gut feeling’, ‘I found that hard to swallow’, ‘it took my breath away’. We incarnate within our bodily sensations some of our strongest responses, and in the gospel we see Jesus doing the same. In the English translation of John’s Gospel, we find him deeply moved as Mary weeps for her dead brother Lazarus. The Greek verb indicates the snorting of a horse or the growling of an angry creature. It is a strong bodily reaction indicative of many possible emotions: grief, frustration, anger – a general sense of being overwhelmed by his own feelings and those of others.

The Spanish word sentir carries the same ambiguity as ‘to sense’ in English, in that it includes mental as well as bodily processes, but it is a broader word still, including intuition and emotional feelings. In week two of the Exercises especially, the senses are seen as an instrument of prayer and discernment. Being present to Jesus as he acts through his own bodily senses we come to share more deeply in his human experience and self-understanding. Earlier on in the Exercises, Ignatius remarks that it is not complex thinking and theological speculating that will bring about a change in us but ‘sensing and tasting things interiorly’ (Sp Exx §2): looking, listening, savouring, relishing and embracing what we contemplate. The process we undergo of deepening our spiritual, intellectual and sensate familiarity with him changes the way we perceive and experience reality, imitating his response to every aspect of human need and desire as ‘contemplatives in action’, transformed transformers.

Ignatius knows that it is not enough to be convinced of something intellectually for our lives to change concretely and definitively. Our life options need to be sustained by what he calls the ‘activity of the will’. Our will goes where our feelings and desires go, and they are indicated to us through our senses. The purpose of the Exercises, he says from the beginning, is to rid us of disordered attachments and to ‘order our lives’ (Sp Exx §21). We come to a choice of how best to do so through the contemplation and imitation of Jesus, using our senses as the ultimate confirmation of where our affective will lies. In this sense praying to share Jesus’s way of sensing and feeling is not a way to pray when our minds can take us no further but a culmination and confirmation of knowledge found through meditation and contemplation. It requires praying to be transformed at what is often for us the source of dislocation and ambiguity when our sensual and affective longings take us in different directions from our rational thought processes.[i]

A medieval adage claims that we will understand nothing that we have not previously sensed. The application of the senses takes us to different levels of consciousness, both in the contemplative process itself and in the transformation of our contemplation from prayer into action as we gain a deep interior knowledge of Christ so that we can more deeply love and follow him.[ii]

If this is all true, then it has particular implications for women. Repeatedly in the gospels we see women connecting to Jesus and intuiting his meaning through their bodies and senses. Elizabeth discerns the significance of his coming as she experiences within her womb the quickening of her unborn child. The woman of Samaria comes to growth in understanding of herself and of God through the sensation of thirst. Mary of Bethany confirms her intuition of Jesus’s impending death by anointing his feet. The same anointing and bathing with tears are the means and sign of a sinful woman’s liberation in the house of Simon the Pharisee, whose lack of physical gestures of welcome are noted by Jesus. The women of his following stand by the cross, watching each bodily sign of his dying. They enact their grief in the intimate anointing of his body for burial, and clasp his feet when they see him risen.

The ancient world categorised women and men by placing their bodies in a hierarchy of value. Men were cool, dry and rational while women were moist, hot and sensual, incapable of clear thought and ruled by their bodily instincts. Such classifications persisted into the modern era with women being judged prone to hysteria because ruled by their wombs (Greek: hystera). The simultaneous fearing and exploiting of women’s bodies coupled with the despising of their minds persists in multiple forms today, from the instrumentalising of pornography to the manipulations of Hollywood and the airbrushing of women’s competence from so many versions of history. The application of the senses confirms the body and its senses as a trustworthy conduit for intuiting and understanding the things of God. It confirms as reliable the sensus Christi (1 Cor 2:16), which enables us to feel with the feelings of Jesus as well as to have his mind. Through our bodies we learn to relate to him and to all whom he meets, and whom we meet in him, growing, through reflection on our everyday reactions, into a close union with God mirrored in the heartbeat of Jesus.[iii] In a poem written a millennium ago, Symeon the New Theologian gives powerful expression to this prayer in and through the body, which is part of the application of the senses.

For if we genuinely love Him,we wake up inside Christ's bodywhere all our body, all over,every most hidden part of it,is realized in joy as Him,and He makes us, utterly, real.And everything that is hurt, everythingthat seemed to us dark, harsh, shameful,maimed, ugly, irreparablydamaged, is in Him transformedand recognized as whole, as lovely,and radiant in His light.He awakens as the Beloved

in every last part of our body.[iv]