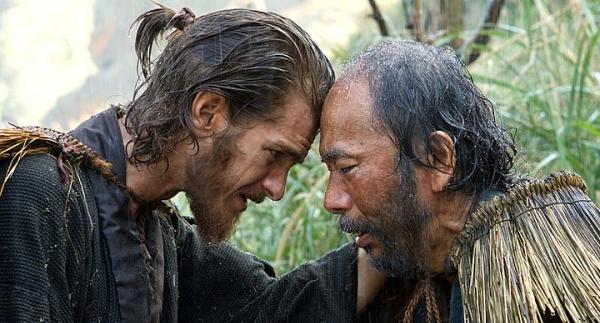 The story of Japan's hidden Christians is the subject of a major new film directed by Martin Scorsese, based on Shūsaku Endō’s famous novel, Silence. John Dougill gives the history of the suppression, secrecy and survival of the Japanese Christians in a new book published by SPCK (which friends of the Jesuits can purchase at a discount price). In this exclusive extract, find out what happened to the Jesuit mission to Japan after the departure of St Francis Xavier SJ, and read about the first Japanese Christmas.

Following Xavier’s departure, Father Cosme de Torres (d. 1570) took over the running of the [Japanese] mission. The Spaniard is not very well known, but I find him an interesting figure because of his adventurous background. He started out as a homegrown teacher until the lure of foreign parts took him to Mexico. He worked for four years in the capital before heading for the west coast, from where he took a ship for the brave new world opening up in Asia. He joined the Jesuits after meeting Xavier, to whom he became a trusted right-hand man in Goa, and when the idea of a mission to Japan come up, he was ready to take it on. Though not as quick at learning Japanese as Brother Fernandez[i], he wrote the first explication of the country’s religion in a report to Rome that even after five hundred years makes good sense. “They regard honor as their principle god,” he noted. Such was his admiration for the people that the comments must have raised eyebrows among readers back in Europe: “If I should strive to write all the good qualities and virtues which are found in them, I should run out of paper and ink,” he observed. That the Japanese should be so virtuous without having a belief in God is something  on which he doesn’t dwell, but it should surely have given him pause for thought.

Torres made history in Yamaguchi by celebrating Christmas in 1552 with a solemn High Mass, together with Brother Fernandez and a new arrival. Japanese converts were invited, and hymns were sung. Now the city is keen to exploit it as the country’s first “Kurimasu,” and it puts together an annual program to promote “Yamaguchi City, the birthplace of the Japanese Christmas.” I came across a schedule for the 2010 celebrations and was amazed to find that there were forty separate events, beginning – horrendously – as early as October 27. Hot spring concerts, a light-up of the river, and a shopping arcade party were some of the delights on offer. Xavier got his face on the pamphlet, together with Ouchi[ii], but not, sadly, Torres.

Besides the first celebration of Christmas, the Spaniard [Torres] was also to become the country’s first hidden Christian in an episode that illustrates the extent to which the fortunes of the mission depended on the patronage of feudal lords [‘daimyos’]. Shortly after Xavier’s departure, the daimyo of Yamaguchi was overthrown in a rebellion, and the house where Torres and Brother Fernandez were living was sacked by men with spears who yelled “Tenjikujin” (“Indians”) at them. “Let’s kill them because they spoke evil of the kami[iii] and caused the outbreak of fighting,” said the intruders, and the two Jesuits were lucky to escape with their lives. In a message smuggled out to Xavier, Torres said he was ready to preach Christianity in secret if need be – an indicator of how things would develop.

Torres returned to Yamaguchi after the uprising died down and was able to make use of [Portuguese adventurer Mendes] Pinto’s money to build the country’s first church. In 1556 further disruption took place, however, when an avowed enemy of the Christians took power in Yamaguchi and destroyed the mission. By this time Torres had managed some two thousand converts, including noblemen, who were forced to flee the domain. Five years later a similar anti-Christian outburst took place in Hirado when the daimyo there, piqued at a Portuguese ship not choosing his port, forced believers to abjure their faith. According to a Jesuit report, some preferred to abandon all their possessions and move to Bungo, “poor with Christ rather than rich without him.” It’s said too that at this time the first martyrdom in Japan took place, when an unknown woman was beheaded for praying before a cross.

Like Xavier, Torres wrote that his time in Yamaguchi had been one of joy and satisfaction. He was heartbroken at the destruction of the mission there, but continued working optimistically until he died. According to the Church historian Luis Frois, “his modesty and religious maturity suited the nature of the Japanese so much that he won profound love and respect from them.” Such was their attachment that some of the converts kept locks of his hair or pieces of his clothing. He had a particular interest in education and organized classes for children at which they not only studied Japanese but learned prayers in Latin. Modern Japan has many Christian educational institutions; here was their progenitor.

This article is an extract from In Search of Japan’s Hidden Christians: A Story of Suppression, Secrecy and Survival by John Dougill (SPCK, 2016; pp. 35-37). All endnotes and square brackets have been added by Thinking Faith for clarification.

[i] Brother Juan Fernandez, another Spanish Jesuit who had travelled to Japan with Xavier and Torres.

[ii] Ouchi Yoshitaka (1507-51), the local daimyo (feudal lord) who gave the Jesuits license to preach and premises in Yamaguchi.

[iii] Spirits or phenomena worshipped in the Shinto religion

The trouble with catechesis