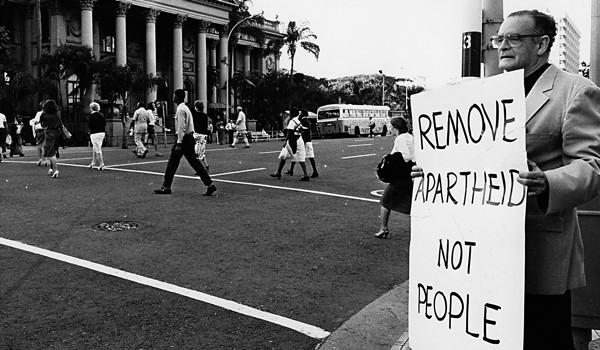 On the anniversary of the death of Denis Hurley, Paddy Kearney explains how the man who was Archbishop of Durban for 45 years is still having an impact on that city.  Why would Archbishop Hurley have approved of Pope Francis’ priorities for the Church, and how are those priorities finding expression in the mission of a new project?

13 February 2015 marks eleven years since the death of a man who, for 45 years, was Archbishop of Durban. This anniversary, in the centenary year of his birth, is an excellent opportunity to reflect on the lessons that can be learnt from Denis Hurley’s life.  To do so in the context of the papacy of Francis adds an extra poignancy to Hurley’s legacy.

In writing a biography of the archbishop, I was struck particularly by his commitment to prayer and by the fact that he was a lifelong learner: after his formal education finished, he kept himself up-to-date through reading and private study.  He loved to discuss and debate new ideas. As a young priest in the early 1940s, it was this keen interest in dialogue that attracted him to take part in the Pietermaritzburg Parliamentary Debating Society; twenty years later it meant that the Second Vatican Council was what he called ‘the highlight of my whole life’; and it was also the reason why, in the 1990s, he relished being Chancellor of Natal University, in frequent contact with lecturers from many different disciplines. Discussion, debate and reading were the oxygen of his spirit, keeping him in touch with the ‘signs of the times’ so that he could be aware of the critical issues facing the Church.

From this awareness, and from his intense prayer life, flowed his ability to speak prophetically. During his studies in Rome, he (like Oscar Romero, his contemporary at the Gregorian University) had been impressed by Pope Pius XI’s vigorous opposition to the great dictators of that era: Hitler, Mussolini, Stalin. No wonder, then, that he was emboldened to lead the Church’s struggle against Apartheid.  Hurley insisted that if the Church was to speak out it must be thorough in its research, having the facts and figures at its fingertips; staff of the Southern African Bishops’ Conference attest to the demands he placed on them for such rigorous preparation. Equally strong was his insistence that although the Church should keep out of party politics, it must be involved in politics. He urged Pope Saint John Paul II to write an encyclical that would clarify the difference, though he never did.

Truth, and the courage to speak the truth, are crucial for prophetic ministry. Hurley was unwilling to disguise his own views on controversial topics for the sake of advancing his career or making himself popular.  When, after some agonising, he made a statement disagreeing with the view on birth control expressed by Pope Paul VI in Humanae Vitae, he said to a priest friend: ‘They can have my mitre, but I won’t change my standpoint.’ Well, the Vatican didn’t deprive him of his mitre, but they also didn’t give him the ‘red hat’ for which many felt him eminently qualified.

In deciding to question the papal position on birth control, the archbishop had been encouraged by the collegial atmosphere of the Second Vatican Council and the promise it seemed to offer of a future in which the bishops would govern the Church together with the pope. But it seems as if, in the intervening 50 years, that promise is yet to be realised as Hurley anticipated. The Synod of Bishops is intended to facilitate collegiality, but the impression is often given that it is controlled by the curia rather than by the participating bishops – although the recent Extraordinary Synod on the Family gave distinct signs of a very different kind of Synod under Pope Francis.

Hurley would have been heartened by reports of the cardinals’ pre-conclave discussions before the election of Pope Francis. He would have discovered that he was by no means alone in his longing for the collegiality promised by Vatican II: in fact, the promotion of collegiality became part of the mandate given by the majority of cardinals to the one who would be elected to succeed Pope Benedict XVI.

Hurley was well-known as an intellectual and a fine administrator who enjoyed writing scholarly articles and planning ambitious campaigns for church and societal reform. Drafting constitutions or composing hymns were like hobbies to him. But if his presence was needed anywhere, to comfort or stand alongside suffering individuals or communities, to speak out about injustice, he would readily put aside desk work and make himself available to show solidarity, no matter how busy he was. His presence – and good humour – were often a calming influence in tense situations.

It was his great desire that the Church should be a ‘community serving humanity’, a theme that he persuaded the Southern African bishops to adopt for their pastoral plan. Like Pope Francis, he didn’t want the Church to be ‘turned in on itself’. Many organisations and associations exist for the sake of their members – they’re commonly known as ‘clubs’. The Church is not meant to be a club but rather a sign of God’s love for all people. One theologian has even said that the Church exists ‘for the sake of those who are not its members’ – another point on which Pope Francis and Archbishop Denis would agree, I think.

How should this service to humanity be expressed? Archbishop Hurley spoke of a continuum of compassionate responses – ranging from social welfare through to advocacy, development and liberation. The Church has to be involved in this whole spectrum, he said, but it often seems most comfortable with welfare work and can easily get stuck there. Hurley liked the Young Christian Workers’ simple method – ‘see, judge, act’ – which always asks the questions: Why are people poor? Why are they unemployed? Why are they homeless? What can we do about the causes?

Discovering the causes of major social problems and then seeking to bring about change is, as Hurley recognised, a massive task. That is what drew him to the ecumenical and inter-faith movements. Despite our differences, he would say, there are so many things we object to and could tackle together: human rights abuses, poverty and inequality, violence and war, to mention just a few. Hurley was keen that people of different denominations and religious beliefs would work together on these issues and become a powerful force for change.

It is thus fitting that, in Durban, we have built a concrete tribute – literally! – to this man, one which expresses the heart of his mission.  The Denis Hurley Centre sits alongside Emmanuel Cathedral, next door to the mosque and in one of the most difficult parts of the city.  Its very position defines what it is: a place where people of all faiths can come together in common mission; and where the mission is first and foremost the service of the poor.  We work with our Muslim, Hindu, Jewish and fellow Christian brothers and sisters to be a source of light in the darker aspects of the city.  In this we are inspired by the gospel and by Hurley – after all, his earliest years were spent underneath the lighthouse of Robben Island.  We also find ourselves inspired by Pope Francis and his recommitment to a Church of the poor and a Church which is not afraid to dialogue with those whose journeys to God have been along other paths.

Although the building will not open officially until later this year, we are already ‘open for business’: offering food, clothing and healthcare to the homeless; welcoming refugees; and providing skills and education to those in need.  People of all faiths in Durban and across the world have helped us to build this centre – we now hope that they will continue to support us so we can continue this work.  The Denis Hurley Association in the UK is one of many partners who see that this is a centre not just for Durban but for the world.  In an age where stories of religious division fill the media, we hope to show how faith can be the source of the solution, not the problem, and that people of different faiths can work together.

The Centre aims, in all it does, to reflect one final aspect of Archbishop Hurley’s legacy: the primacy of love. Just days before his death, in a conversation with Fr Wilhelm Steckling (then Superior General of his order, the Missionary Oblates of Mary Immaculate), Hurley said:

You know, more and more I realise that love is the only thing that matters. Love makes the difference. Paul said that out of faith, hope and love, love is the most important. Sometimes we want to turn it around ... saying that faith comes first. We should return to the original message: give love the place of honour. Love is the distinguishing mark of the Christian.

For Jeremy Hurley, nephew of the archbishop, this is the most important aspect of his uncle’s legacy. ‘Love,’ says Jeremy, ‘makes sense of all that the Archbishop did in his life, all his emphasis on ecumenism and social justice, his great compassion for people in any difficulty or suffering, his loving relationship with his family. In old age it had become clearer than ever to him that love was the unifying principle.’

We hope that Archbishop Denis would be overjoyed at the work that happens under his watchful eye at the Denis Hurley Centre.  We also imagine his excitement at the election of Pope Francis and all that has happened since. Imagine, if you will, a conversation between these two, in expressive Italian: Francis enthusing about the importance of mercy, and Hurley about the importance of love!  Of course it would hardly be an argument – rather a mutual delight in these complementary divine qualities.

Ela Gandhi, granddaughter of the Mahatma and a patron of the Centre, has spoken with excitement about Pope Francis, and then added, ‘But you know you could have had a pope like that long ago if you had elected Archbishop Hurley!’

Paddy Kearney, long-time collaborator with the late Archbishop, is now Chair of the Denis Hurley Centre Trust.  His biography of Denis Hurley is entitled Guardian of the Light: Denis Hurley Renewing the Church, Opposing Apartheid (Continuum: London and New York, 2009).

More about the centre can be found on www.denishurleycentre.org including ways of donating for SA, UK and USA tax-payers.

The Pistorius trial: Observers or participants?