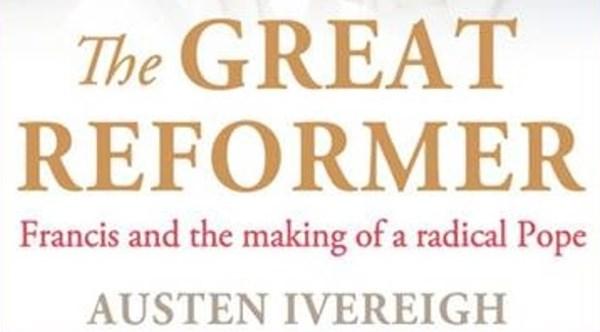 When Jorge Mario Bergoglio was elected Pope in March 2013, he was little known outside Latin America.  In that continent’s Spanish-speaking countries, however, his name was very well known amongst his fellow Jesuits, but he was rarely mentioned other than negatively: ‘archconservative’, ‘divisive’, ‘trying to set up his own  subgroup within the Argentine Jesuit Province,’ etc.  It was said, too, that he had betrayed fellow Jesuits to the military dictatorship in Argentina during the 1970s.  There were hints of another side to the story, for example that Archbishop Bergoglio lived very simply, worked with the poorest, used only public transport and kept a distance between the Diocese of Buenos Aires and the government. Yet for all those estimations, it is certainly true that when Cardinal Bergoglio walked onto the balcony of Saint Peter’s Basilica as Pope Francis, many Jesuits had never heard of him, although some knew that this was a fellow Jesuit whose relationship with the Society of Jesus was distant and strained.  This book is a bold attempt to examine the future pope’s relationship with the religious order in which he lived for thirty years, and to study his life and his thought in the light of Jesuit formation and Ignatian spirituality.

The cover claims that Austen Ivereigh has written ‘The Authoritative Biography’.  His book lacks the drama of Paul Vallely’s Pope Francis: Untying the Knots or the local colour of Elisabetta Piqué’s Pope Francis: Life and Revolution (both published in 2013), but Ivereigh’s research is authoritative, with a deep knowledge of the sources, an ease with the Spanish language and a personal experience of the Society of Jesus.  Ivereigh sets the future pope in his familial, spiritual and political background.  He tells us more than we really need to know about the history of Argentina and far too much about Peronism. Perhaps we learn less than we should about the Bergoglio family as immigrants from Northern Italy, specifically from Piedmont; people who were not at all happy with Mussolini’s regime and emigrated as an extended family.  Pope Francis’ favourite novel, Alessandro Manzoni’s The Betrothed  (1827), comes from this Northern Italian background: its story of priests and laity opposing Spanish rule in 17th century Milan includes praise of pastoral priestly holiness and sharp criticism of ambitious clerics.

We do learn that frugality was part of the extended Bergoglio family’s lifestyle, which was shaped by business failure and prolonged illness.  There was never any money to spare for luxuries, or even for holidays.  The experience of family life in straitened circumstances left Jorge with an appreciation of those who live on the margins, such as the travelling players depicted in his favourite film, Federico Fellini’s La Strada (1954).

Young Jorge was astonished to discover that the travelling dye salesman who visited his carpenter grandfather regularly was Elpidio González, a former Vice President of Argentina.  Another close friend of the Bergoglio family was Enrico Pozzoli, a Salesian priest.  Jorge was educated at a Salesian school, but it was to the Jesuits that he was drawn in 1958.  Studies in Argentina and Chile and teaching in a secondary school filled his life before ordination in 1969. In those years the Church experienced Vatican II, and the Society of Jesus underwent enormous change as it moved from a classical to a radical viewpoint about almost everything.  Most of Jorge’s contemporaries from his years of study left the Society, the Argentine Province shrank and vocations dried up, so it was the leadership of an unhappy and divided group of Jesuits that young Father Bergoglio inherited when he was made Provincial in 1973.

For any Jesuit, the account of Bergoglio’s years as Provincial, and later as Rector of the House of Studies, will make difficult reading.  Some Jesuits were naively enthusiastic about Marxism, many overestimated their ability to alter social structures and others were very uncomfortable with authority.  Father Bergoglio tried to rebuild the Jesuit Province, to increase vocations and to encourage popular religious devotions.  This was done against a background of increasing leftist violence and dreadful repression by the military regime.  Other Latin Americans were incredulous as they watched the most developed country in the region became a harsh dictatorship.  Bergoglio, as Provincial, tried to keep his men alive and safe.  This proved hardest in the case of Father Orlando Yorio (who left the Society) and Father Franz Jalics (now a Jesuit in Germany).

Looking back at that time, Pope Francis blames himself for not consulting other Jesuits before he made decisions, thereby ignoring a fundamental Jesuit way of proceeding.  Divisions amongst the Argentinian Jesuits were not resolved until a Colombian was made their Provincial in 1997, but by then Jorge Bergoglio had begun his twenty years as a bishop. His experience of community life had ended on a sour note in 1992, when the then Provincial ensured that the newly-appointed Auxiliary Bishop Bergoglio moved out.

Within six years of his episcopal ordination, Bergoglio was Archbishop of Buenos Aires, which ensured that he would become a cardinal.  His diocesan pastoral programmes closely resembled those he had applied as a Jesuit: place the clergy in the poorest areas, encourage popular devotions, give people a great deal of time and be as transparent as possible.  It is clear, from Ivereigh’s chapters on ‘The Bishop Who Smelled of Sheep’ and the ‘Gaucho Cardinal’, that Bergoglio upset many people, rejected anything underhand and did not make friends in Rome. At least one papal nuncio and several bishops detested him. Therefore, it was surprising that his name was already being circulated as ‘papabile’ in the final years of John Paul II. His fellow cardinals must have seen something different in him and, having considered him in 2005, elected him pope eight years later.

Pope Francis rang the Jesuit Generalate two days after his election, thereby ending twenty years of estrangement.  Since then, he has made his Jesuit identity very clear in visits, gestures and interviews.  He admires the lifestyle of those Jesuits who work in the Vatican, but who live in Jesuit communities rather than in Vatican apartments; and, as Bishop of Rome, he enjoys the ambiguity of all bishops who are also members of religious orders: they continue to belong, but they are not under obedience to the superiors.

Since the 1960s, Jesuits have been regarded as radicals.  Pope Francis shares that tradition and that spirituality.  His radicalism is one of approach, not of theory.  He is savvy and realistic, but not overawed by anything or anybody.  Ivereigh is an uncritical biographer, but Pope Francis is capable of regular self-criticism, which may be his greatest strength.