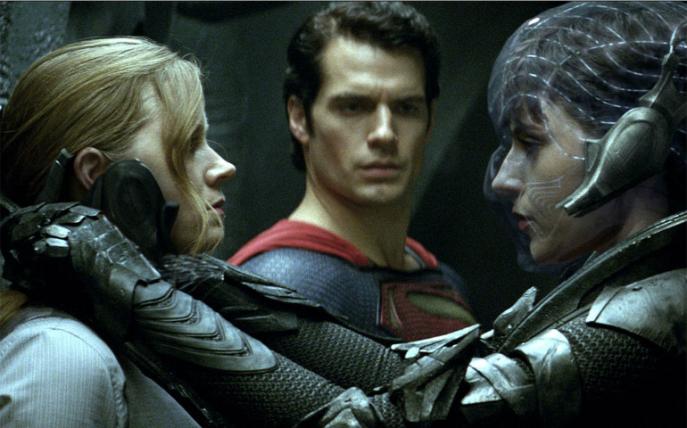 
What is it about origin stories that we love so much? It is undeniable that as human beings we are obsessed by the desire to know how things began. We want to know not only what happens next but also what happened first. In recent years there have been films about the beginnings of Batman, Spider-Man and Wolverine, among others, and about how James T. Kirk first met Spock and became captain of the USS Enterprise. This trend is not limited to the science fiction or comic book worlds; think about The Motorcycle Diaries, Hitchcock or Finding Neverland. Nor, in fact, is it limited to films; I think particularly of the immensely popular musical, Wicked, or the literary legend of the sword in the stone that fills in the shadowy figure of King Arthur who features in many of the tales of the Round Table. The Bible, too, is full of this type of story: the birth of Christ, David and Goliath, and what is Genesis if not an origin story?

We are obsessed with knowing where we came from both in terms of genealogy and cosmology because we feel strongly that the past is part of our present. We define ourselves not only by what we do and who we are but also by who our ancestors were, and this is also how we define others. When we meet new people, one of the first questions we ask is, ‘Where are you from?’ Different people have different criteria for determining origin: for some it is ancestry, birthplace or childhood home; for others it would be where they live now or the place they think of as home. For me, each of these parameters has a different value. To choose just one would belie the complexity of my origin and the influence this has had on my identity, and this is true for many people.

Man of Steel looks at the origins of Superman and explores this complex relationship between origin and identity. It begins with his birth on Krypton – unusual in that it is the first natural birth in centuries – and his transport away from the doomed planet. His upbringing on a farm by good, honest Kansans is shown through flashbacks using a different kind of cinematography, making a lovely contrast between the quiet, remote Kansan farm and the violent, CGI-saturated Krypton. Born Kal and named Clark by his human parents, Superman is not an alien living on Earth; he is from Krypton and from Earth in equal measure. His genetic makeup is Kryptonian, but his upbringing was human, guided by loving parents who gave him a sense of morality and helped him to form his identity. It is the old question of nurture or nature, and in this way the story of Superman explores what it is to be human, another of our obsessions.

We study animals not only because they are fascinating in their own right, but also, in our self-absorbed way, because by studying what we are not, we may come to a better understanding of what we are. But the definition of humanity does not lie merely in what differentiates us from the rest of the animal world. We study every aspect of our physical makeup, but we come to the conclusion that we are so much more than the sum of our physical parts. We bring philosophy, sociology, anthropology and psychology to our aid, but still a clear understanding eludes us. One advantage of genres like science fiction and fantasy is that we are not limited to reality. By using our imagination to conceive of a people like us but not like us, we can also explore the idea of what it is to be human.

These themes run as an undercurrent through the film, occasionally rising to the surface but never disturbing the flow of the story. A third dominant theme is that of social engineering. On Krypton all inhabitants were born artificially and with their social roles predetermined. The heretical parents of Kal/Clark dared to think differently and gave birth to a child who would have the freedom to choose his path. Superman’s enemy, General Zod, is not just your typically ruthless, amoral baddie. He is a tragic victim of social engineering, condemned to play out the role enforced on him by a society that no longer exists.

Man of Steel successfully weaves these ideas into the story without confronting them head-on, which might have proved to be a stumbling block for many less skilful writers. Though the running time is long at 143 minutes, the film never drags. Something is always happening, whether in thought or action. My one complaint is that, although I love a good CGI-enhanced battle between superhero and supervillain as much as the next person, I found the fight scenes overlong. As usual, Hans Zimmer treats us to a booming, action-packed score that will have you remaining in your seat even as the closing credits roll.

Man of Steel is a hugely entertaining film which is both thoughtful and plenty of fun. Whether it will stand the test of time to become an iconic portrayal of Superman or whether it will soon be forgotten remains to be seen, but its depth and thoughtfulness certainly reach out to a broad audience, and there is more than enough excitement to please any action-adventure junkie.