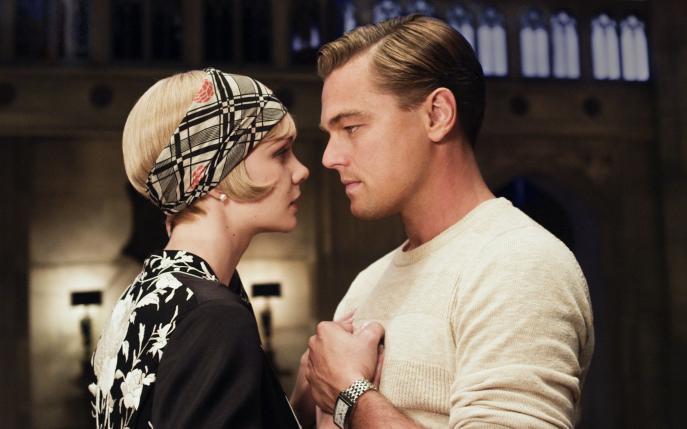 
It would be both lamentable and crass to describe F. Scott Fitzgerald’s novel, The Great Gatsby as being ‘unputdownable’, as if it had something in common with all those other ‘unputdownable’ books that publishers boast carelessly about. So I began wincing when I heard this cinematic interpretation of the book being referred to just as carelessly, as a ‘blockbuster’ to kickstart the summer. The thought of director Baz Luhrmann performing plastic surgery on Fitzgerald’s near-perfect body of text, rather than simply applying the few brushstrokes needed to bring it to life, was unsettling to say the least.

True to form, Luhrmann serves up a veritable feast for the senses. Every weekend, New York’s social elite descend on the mansion of mystery millionaire, Jay Gatsby, whose open-house parties are designed to cater for the most insatiable of appetites. These scenes, along with so many others, are drenched with decadence. Jay-Z, Lana Del Rey and Emile Sandé all feature in an anachronistic but potent soundtrack – a relentless cocktail of R’n’B and 1920s jazz that sucks up everything that is in its path.

But while the glitterati do their level best to drain every last bootleg bottle of liquor in Long Island, Gatsby keeps his sights set on a more elusive prize. Five years have passed since the Great War tore him away from his true love, Daisy. In his absence, she wedded Tom Buchanan, a heavy-handed man and heir to a fortune. The industrious, post-war Gatsby wasted no time in climbing the socio-economic ladder and amassing his own fortune, albeit by shadowy means. He settles on the West Egg of Long Island, within touching distance of Daisy. Taking in the night view from his private jetty, he inhales the green light that shines forth across the water from her house and is irredeemably seduced by its siren call. While he envisions Daisy as the only conceivable centrepiece of his bedecked residence, for him it is not just a case of winning back the girl. This is just an element of a much larger and riskier enterprise: tagging a glorious future onto a difficult past. You are never wholly convinced that his life plan, an inordinate extrapolation from a few cherry-picked memories, is ever going to come to fruition. But that does not stop you rooting for the man who has overcome so much adversity in the pursuit of his dream.

Despite all the fabulous sentimentality, Fitzgerald ultimately intended his novel to be a sobering tale. To this end, the story is narrated by Gatsby’s unassuming next-door neighbour, Nick Carraway. Tobey Maguire inhabits the role easily; too easily in fact. Watching his Nick Carraway is the same as watching his timid Peter Parker in Spider-Man or his conscientious Homer Wells in The Cider House Rules. If you haven’t seen either of those movies then you are in for a treat; if you have, then prepare for more of the same. Carey Mulligan delights as Daisy, the effervescent but fragile dream girl. It is a shame that for much of the film the character of her husband remains a little one-dimensional, even appearing cartoonish at times. Leonardo DiCaprio still retains an afterglow from his youth but his on-screen presence has ripened noticeably. His performance gives you the impression that Gatsby is constantly working away at several levels in the background. He also drives a stonking yellow Rolls Royce. That definitely counts as yet another reason to shun The Fast and the Furious 6 this weekend, old sport.

As a devotee of the book, I was relieved to see that once the guzzling and rollicking had abated, the film allowed the original prose to shine through. Fitzgerald’s presence is mediated through Carraway, whose narration takes the form of the content of his writings in the aftermath of the story’s events. I would have preferred the overall production to be slightly less glossy. However, as a film it still succeeds in separating out that which is fragile but endures, from that which is forceful but ultimately fades – the wheat from the chaff.

This most holy night

Lost in translation? The place of faith-based charities in the public sphere