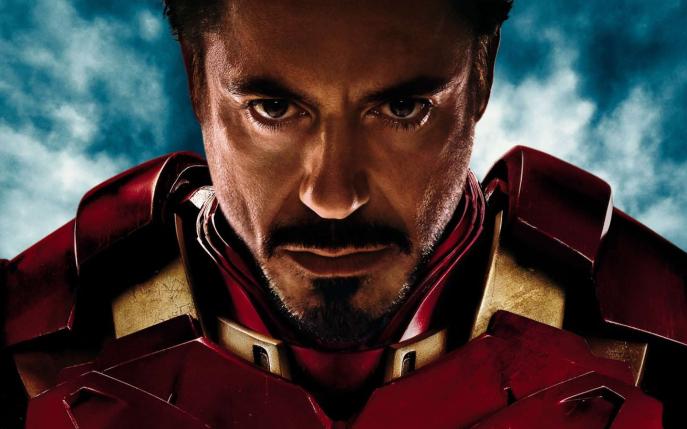 
While Iron Man 3 helps Marvel Studios to celebrate the character's 50th anniversary, the film is as much of a sequel to the studio’s 2012 summer blockbuster, The Avengers, as it is to the two previous Iron Man movies. This is as well given that 2010’s Iron Man 2 severely malfunctioned by failing to develop the brash, quick-witted protagonist of the original movie. However, with sharp dialogue courtesy of writer and director, Shane Black (Lethal Weapon), combined with the likeable arrogance of Tony Stark (Robert Downey Jr) and a surprisingly funny turn from arch-villain The Mandarin (Ben Kingsley), Iron Man 3 re-engages its audience not only by offering shuddering action scenes but by portraying a vulnerable superhero in search of himself as well as revenge.

The film starts with a flashback to New Year’s Eve 1999, when Stark seduces a gifted young botanist, Maya Hansen (Rebecca Hall). Hansen is working on a serum to regenerate the tissue of dead plants with inconsistent results, ranging from miraculous to explosively disastrous. Stark’s lusty encounter with Hansen causes him to snub the intellectual advances of a nerdy, young scientist, Aldrich Killian (Guy Pearce), who seeks approval for his ideas around DNA advancement.

When we quantum leap to the present we become aware of a rather different kind of hero. Instead of a promiscuous playboy, we are presented with a psychologically damaged recluse who spends his days locked away in his Malibu mansion, obsessing over the details of his Iron Man prototypes. It is apparent that Stark has not recovered mentally from the battles depicted in The Avengers as he suffers frequent nightmares, anxiety and post-traumatic stress from his near-death experiences. These insecurities are intensified by the re-emergence of a freshly beatified and sharply dressed Killian who is not only pushing his new mind-altering project, Extremis, but is making advances on Stark’s lover, Pepper Potts (Gwyneth Paltrow), who happens to run Stark Industries.

Whilst we are witnessing the tensions this creates, lurking in the background is The Mandarin, a shady villain and thinly-veiled parody of Osama Bin Laden with his wispy beard and penchant for hijacking TV broadcasts to take credit for acts of murder and destruction. A bombing at the Los Angeles Chinese Theatre leaves Stark’s bodyguard, Happy Hogan (Jon Favreau) on a life support machine and Stark in search of revenge. His open challenge to The Mandarin on live television results in Stark’s mansion being obliterated and the latest model of his Iron Man suit destroyed. In one fell swoop it seems that all of the things which give Stark strength and protection are taken from him. His subsequent investigations focus on unlocking the true identity of The Mandarin and uncovering his methods before he destroys world order.

Like all great hero stories, including many from the Old Testament, we follow the journey of a central character who is wronged and is called to save his people, in this instance America, from a powerful villain. In doing so the central character undergoes a transformation, but instead of becoming an epic hero (let’s face it, in the Marvel universe he has already achieved this), Tony Stark is revealed to be human. The most obvious expression of Stark’s frailty is the way in which the almighty iron suit finally shows weakness too, often leaving him to fend for himself. To maintain that the film shifts Tony Stark from a mighty, Old Testament-like hero figure to an altogether more humble and human redeemer would be stretching the point. However, the revelation of his weakness and humanity is the key to generating greater warmth and a more faithful connection with the audience, which has raised the quality of the franchise. This, accompanied by Downey Jr’s self-awareness, tongue-in-cheek humour and general likeability, makes the next assembly of The Avengers, in 2015, an interesting prospect.