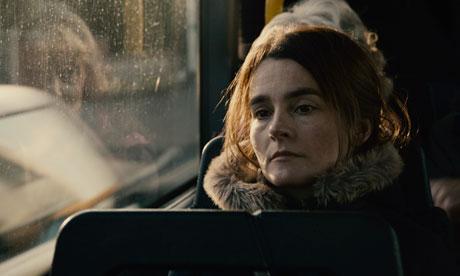 
The title of this film, Everyday, brings to mind the Buddy Holly song of the same name, a catchy little number intended to make people feel happy. The film certainly addresses the same subject as the song – love – but it is more to do with the pain of love in real life than the elements of a relationship that make for a sugary Hollywood rom-com or a pop song.

This film, crafted by Michael Winterbottom over five years (credit to the producer, Melissa Parmenter, for investing in such a lengthy project), is a piece of artwork designed to show the effect in real time of various forces, including physical growth, on relationships within a family: mother, Karen (Shirley Henderson); father, Ian (John Simm), who is in prison for an unspecified offence; and their four children (the Kirk family, siblings in real life).

The daily toil of a working mum raising four young children on her own while visiting her husband regularly in sometimes distant prisons is made realistic with some hand-held camera-work and with rasping, sombre music. The life this film portrays is a hard grind, lightened occasionally for the viewer with shots of the beautiful Norfolk countryside, visits to the seashore and the endearing normality of the children. But with Karen only just holding things together, there is an ominous sense that all may just fall apart: a child might snap and do something with tragic consequences; or one of the adults might crack under the pressure.

Without wanting to disclose the end of this not-very-eventful story, I would just say that it is well worth waiting to the end, when the everyday grind, which has in some way fallen apart, does soar towards a heart-wrenching, although understated, way forward.

Among the children, one (Shaun) is clearly a budding ‘character’ for stage or screen, and at the preview all four children stated their interest in becoming actors. ‘It’s easy!’ said Stephanie, commenting on the work of acting. Not a bad tribute to the director, who had taken the actors for a two week period every year for five years to make this endearing family study.

Winterbottom said at the London Film Festival showing that this was a love story in some ways, though he could have let it end in very different ways. I am not convinced that a tragic ending would have worked, because that would not have allowed him to explore in such a seemingly mundane way what really makes for a deep and lasting love. A comment at the end of the showing was that it did have a happy ending, but it was less and yet at the same time much more than that.

Our Economic Problem – Greed or Ignorance?

iWitness: ‘Firm in the faith’