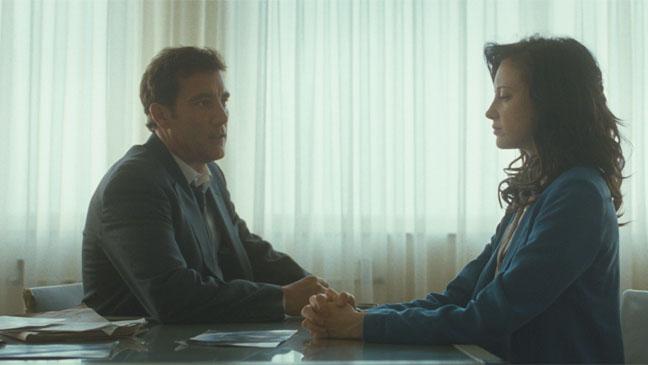 
Shadow Dancer is unsurprisingly grim, set in Belfast in the tense months leading up to the peace process and delving into both paramilitary killings and MI5’s counter-intelligence. And despite having a struggling single mother as the protagonist (Andrea Riseborough), a compassionate yet hard-nosed agent (Clive Owen) and a family tragedy at the heart of the drama, director James Marsh is never sentimental or romantic. The twists and turns of the plot follow not the excitement of the polished thriller, but the awkward successes and disappointments of real life. When Riseborough’s Collette kisses Owen’s Mac, it is not the start of the inevitable affair, but a mistimed advance that embarrasses both parties and precipitates the chain of events that resolves into an unhappy ending.

Adapted from his own novel by former ITV Ireland Correspondent, Tom Bradby, Shadow Dancer focuses on the moral ambiguity of both British and Irish participants in the struggle. It consciously denies any absolute good or evil on either side: the rhetoric of ‘saving lives’ becomes an excuse for taking lives; the ideology of the Republicans comes across as an excuse for violent men to follow their nature; and the British intelligence use their informants as pawns in a struggle to ensure their own status within state organisations. Even Collette, who rejects the extremism of her IRA brothers, is far from innocent, while Mac, portrayed consistently as honest and thoughtful, ultimately betrays her confidence in the most brutal manner.

Shadow Dancer never attempts to question the reasons for the conflict, or the relative morality of the two sides. Instead, Bradby and Marsh take a look at the impact of the conflict on the family, and how mundane human feelings and behaviour are warped in the war zone. A few of the paramilitary characters have a scenery-chewing villainy, provoking skirmishes with the police or torturing their own as they try to find the informant, but their brutality is understood as a necessary consequence of the troubles. And the tragedy of Mac and Collette, which slowly emerges from their mutual distrust and burgeoning compassion for each other, is the result of Mac’s attempt to break the cycle. His honourable motives, filtered through the politicking and rivalries of MI5, are corrupted into murder.

The power of the film comes not so much from its bleak atmosphere – Belfast is forever rainy and dank – the fine ensemble performances, or even Clive Owen’s wonderfully nuanced turn, but from the pessimistic representation of the impact of war on even the best intentioned. The television images of the first tentative steps towards peace that flicker throughout the film suggest that better times might be ahead, and that both the vicious paramilitaries and conniving intelligence agents are about to lose their importance; and the final scene hints that Collette has found her own escape from the horror. But Shadow Dancer refuses to glamorise or simplify the battles of conscience that rage beyond the acts of terrorism or oppression, and perhaps fuel the ongoing conflicts even as they try to alleviate them.

Visit the IMDb page for this film