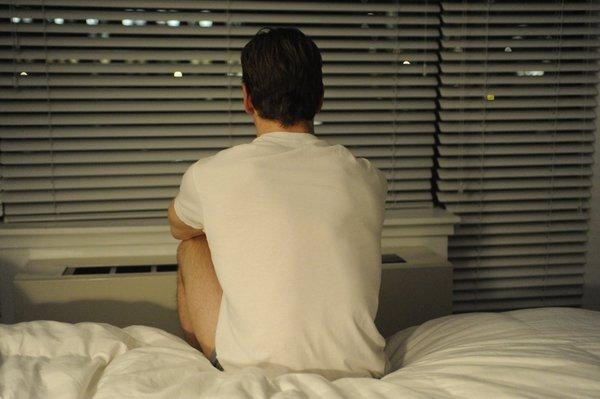 
Although the story is about a sex addict and is very graphic at times, this original, edifying, deeply perturbing film by Steve McQueen is the opposite of salacious and titillating. It is a sensitive and, at times, beautiful piece about an important issue and a man in the throes of a powerful addiction.

Brandon Sullivan (Michael Fassbender) is a thirty-something man living in Manhattan with an addiction to sex that has completely taken over his life. He is a husk, totally in its thrall. He considers relationships a burden, his deliberately lonely life is ordered for total licentiousness. His apartment is minimal and monochrome, his work is lucrative but its nature is never detailed. Brandon’s looks are undistinguished; he lacks conversation, personality and emotion. He lives in a city that never sleeps and where anything goes.

Brandon’s computer is removed from his desk and it is discovered that its hard disk is ‘filthy’ with pornography. From this revelation, his shameful life unfolds: he uses prostitutes, he picks up a succession of women for one-night stands, he views live pornography web sites. His life, therefore, is disrupted, more than most would be, by his sister’s unexpected arrival at his apartment. Sissy is a woman child: emotionally vulnerable almost as much as Brandon is emotionally restrained. A singer, she needs a place to stay and Brandon reluctantly agrees.

Brandon, who has no relationship even with himself, is clearly destabilised by Sissy’s presence. She craves affection and physical contact, which is tense and painful to watch as Brandon rejects her violently. Despite being moved by watching her perform in a club, he makes no attempt to reach out to her and leaves her to seek attention elsewhere.

When Brandon clears his flat of pornography and takes a colleague to dinner, these attempts to gain control of his behaviour show us his conscience is asserting itself and the lighter, human side of Brandon emerges. But this nascent self-awareness is unsupported by friendship, counselling or therapy and by now the viewer knows that Brandon is powerless in the face of his pervasive addiction. His attempts to change are futile and he sinks much deeper. We can only wonder what could have led him to such tragic, self-destructive behaviour, and what could possibly prompt a recovery. Whilst the film makes no clear suggestion about the nature of recovery, the hint is that it lies in Brandon’s one and only relationship, with his sister. Brandon is repelled by the thought that he is responsible for his sister, but even in his denial he is not impervious to the power of the family bond.

The film is thought provoking on so many levels – the ‘moral leprosy’ of Brandon and its modern conception as addiction; the cultural pervasiveness of pornography at home and at work and its consequences; extremely destructive behaviour as a response to childhood trauma and shame associated with that trauma; the difference between men and women’s response to abuse. If there is any hope or redemption it is in Brandon’s attempt to have a ‘normal’ relationship and in his belated outreach to his sister but the film deliberately gives us an ambiguous ending.

Michael Fassbender is totally convincing and compelling as the taut man in the grip of addiction. His character is broodingly physical, non-expressive and nondescript yet watchable. The contrast between what he does and how he looks is striking – we often see him buttoned and wrapped up in an overcoat and tightly drawn scarf. Carey Mulligan fills superbly the character of his sister, Sissy with vulnerability and warmth, from her slightly whingeing, husky voice to the bottle blonde tousle of hair and off-the-shoulder tops.

The film portrays sordid complexity and repellent behaviour in a beautiful way, which is consistent with Steve McQueen’s first film, Hunger (2008) about the IRA hunger strikers. McQueen trained in Fine Art and won the Turner Prize in 1999; he was also official war artist in Iraq in 2006 and his artist’s sensibility infuses his films, enhanced by his collaboration on both with the British cinematographer, Sean Bobbit. Many scenes are deliberate, uncut, unhurried and accompanied by exquisite music, and the film also makes effective use of silence. The elegantly-paced depiction of shameless behaviour sets up a contrast that is respectful to the seriousness of the subject matter and the human characters in its grip.

The experience of enjoying a film about objectionable behaviour is unsettling in itself. I was also disquieted to see that the movie had received public funding – the National Lottery and UK Film Council logos were prominent. However, there is a public service in a serious film that acts as a mirror in which we reluctantly view ourselves. Brandon’s change and our change must come from the realisation that we are our sisters’ and brothers’ keeper.

The calibre of the film and the amazing talent of its director and cinematographer will mean that the media and the general public will be more aware of sex as an addictive behaviour and, I hope, take it seriously. It has certainly received much coverage and critical acclaim, and prompted programmes and articles.

As a work of art, it transcends its expiatory aspects; and still more important to us than scientific significance and literary worth, is the ethical impact the book should have on the serious reader; for in this poignant personal study there lurks a general lesson... [the characters] warn us of dangerous trends; they point out potent evils. Lolita should make all of us — parents, social workers, educators — apply ourselves with still greater vigilance and vision to the task of bringing up a better generation in a safer world.

Read Gemma Simmonds’ article on how Shame can help us to understand the deadly sin of lust, as part of our ‘Seven Deadly Sins on Film’ series

Flashbacks of a Fool