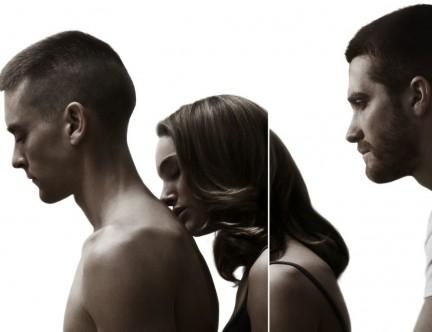 War is bad. I mean, it really is. It’s like you have to do horrible things to people who want to kill you. Sometimes you do things you wish you hadn’t and then you want to change. Even if you aren’t in a war you sometimes do things you shouldn’t have done. Changing is hard. If you are nice to people, changing is easier. People get sad when you change, or, if it’s a nice change, they are happy. Either way, it’s hard.

I’m pretty sure the above paragraph was invisibly subtitled onto the screen of Brothers, because it’s about all I can think about after escaping from the awful money-spinning event of the last couple of hours. Let it be known that if this film had been written as a non-profit making exercise I would write respectfully of its intentions: portraying the ordinary lives caught up in a conflict with dignity and sympathy at the horror involved. You might even suggest that it aspired to the state of tragedy, a kind of Sophoclean pressure-cooker wherein noble men come face to face with the worst of circumstances and must forge some kind of morality out of impossible choices. Thankfully I’m left with the very simple task of describing how horribly predictable and anodyne this piece of movie-making is, how lazy in its appeal to incontestable mass truths (see above), and ultimately how disrespectful it is to those it purports to champion.

Sam is married to Grace. Sam goes to war in Afghanistan. Grace thinks he is dead, as does everyone else.  Tommy was in prison. He is Sam’s brother. He is nice to Grace and her children. Sam is in trouble in Afghanistan. Sam comes home. Tommy is sad, but happy. Sam is not happy. Sam is angry. Then Sam is okay.

Starting for want of anywhere else more positive with the characters, we have in order of originality: the Vietnam Vet Father who prefers his soldier son to the naughty one; the Beautiful Soldier’s Wife who sticks through everything; the Wild Brother who takes drugs (a little bit), listens to music and is funny and charming; the Noble Soldier; and the two Adorable Little Girls who say surprisingly perceptive things about the adults. The idea I suppose is to create an Everyfamily towards which everyone can ‘relate’, if by this it means that you can recognise the stock characters being wheeled out to go through the motions. The effect is to deprive the ordinary of being anything special: look, say its creators, these people are ordinary people JUST LIKE YOU, and to us that means they should be totally cardboard and devoid of humanity. Because if we actually put a smidgeon of effort into making them look like actual human beings then we would a) have to think a bit (costs money, thinking) and b) have to take a risk (costs money, risk).

Now even I’m tired of liberal newspapers getting on their tottering horses and finding a new angle from which to attack Americans’ perceived jingoism. But Brothers squats so adamantly in the ‘don’t criticise the war effort’ camp that the Afghans who capture Sam barely have time to wipe the slobber from their evil lips before they’re carrying out all kinds of torture on the soldiers (and each other). At one point Sam and his colleague are sold like slaves. The Afghans shout at each other a lot and are guided by a creepy Imam. That’s what they’re like, these Afghans.

Just in case you hear from anyone else that the film is a decent effort that captures the struggles of those who fight for their country, it’s worth me pointing out that any film that makes money out of sponsored, painfully obvious product placements (See the can of ****. It is drunk by Americans! See the bottle of ***. It is drunk by Americans!) whilst it puffs out its chest and declares that it is more sensitive to their pain than you are – well, that film deserves some criticism. There’s more, but I shan’t go on – the almost all-white cast (thanks for enlisting, African-American soldiers, we’ll grant you a back story some time later), the use of U2 as a cipher for being ‘a bit of a renegade’, Natalie Portman’s perfectly permanent make up untinted by her grief – the picture, I hope, is painted.

Oddly enough, there are moments of Derridean delight when the film seems to become aware of its own awfulness. Ethan Suplee (of My Name Is Earl, Mallrats, Clerks) has a brief cameo as a comedic builder: after meeting beautiful Grace for the first time, he and Tommy share a moment of revelation, as if to say, ‘that’s Natalie Portman. Natalie Portman! What is she doing in a house like this?’ One of the little girls tells the dinner guests that ‘the bad guys are the ones with beards’ – and the film does absolutely nothing to suggest that it believes anything to the contrary. My favourite had to be the discussion between Grace and Tommy: candles, confessions, light drug use. Reflecting on her past as head cheerleader and her childhood sweetheart Sam, the football star, she pauses, stunned and says – ‘God, I’m such a cliché!’. Nuff said.

The continuing work of the Spirit

Prayer and discernment in lockdown
Learning to pray in front of the television
Co-creators of a better world
Ecological Conversion and the Spiritual Exercises
Beyond the pandemic: believe everything or deny everything?