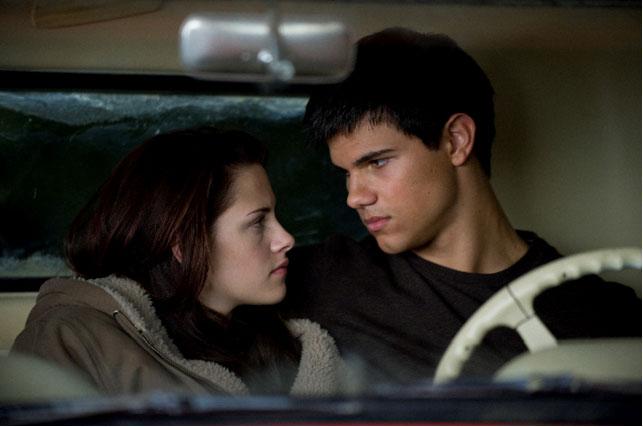 
Sadly, I now go to films alone. The former film-friend has decided that, because of my woeful ignorance of the films of Powell and Pressburger (well that’s the point - I’d never heard of them either), I am no longer competent to be a film reviewer. Long standing fans of the Twilight series (apparently there are millions of ‘Twi-hards’) may take a similar view as I had no previous knowledge of the ‘Saga’. But the basic concept is not difficult: vampires are a much-misunderstood minority in Mid-Western American society. So, for that matter, are werewolves. And the two beleaguered minorities really do not get along. So pity the lot of Bella (Kristen Stewart), a teenage mid-west American girl (who may have read a little too much of Romeo & Juliet) who falls in love with both a vampire and a werewolf and is forced to choose. Being a vampire’s girlfriend is not just all tank tops, touch ipods and an unfashionable taste in claret. You still have the growing up to do. And the central problem of that is, of course, the other sex. But at least you get to say with conviction that ‘he doesn't just want me for my body.’

But that’s unfair. The boyfriend, Edward Cullen (Robert Pattinson), is one of the nicer sort of vampire: the vegetarian sort that lives in recovery. He hasn’t tasted human blood for over a hundred years but is still just living sober one day at a time. He broods through the film, a model of pale-faced nobility, damned in his own eyes and redeemed only in Bella’s. There is a passing resemblance to Jarvis Cocker, but with an even greater command of the moral high ground. After a small paper cut accident at Bella’s 18th birthday party (and I think we’re meant to understand that as the age of consent), one of Edward’s brothers loses control at the sight of human blood. And so his entire family has to do the right and noble thing and move on. Edward painfully leaves Bella and disappears. It is a far, far, far better thing that he does than he has ever done… But perhaps he should have explained that a little more clearly to Bella who simply feels bereft and betrayed.

And so, in Edward’s absence, Bella comes under the influence of Jake (Taylor Lautner) – a native American and part-time werewolf, who also promises undying fidelity and delivers hugely developed pecs and abdominals. But a werewolf’s gotta do what a werewolf’s gotta do: ‘it’s not a lifestyle choice - I was born this way.’ And what he’s gotta do is kill vampires, something he demonstrates in the least convincing CGI animation fight in cinematographic history. Well, ok, but I don’t think they had CGI when Powell and Pressburger were around. However, despite Jake’s obvious spiritual attractions, Bella does not forget her old love (ah! Bless!) and sends a stream of unrequited emails into the virtual spirit world, even while enjoying Jake's errmmm… company.

But then something interesting happens: Bella discovers that in moments of acute physical danger, Edward reappears to her in the form of a pasty-faced guardian angel with mature warnings of the unwisdom of her actions. And what’s the point of having a guardian angel if you can’t give him some work? So, desperate to see more of Edward, Bella engages in increasingly risky stunts to bring him back, falling off motorcycles and jumping off cliffs without ever quite learning the inadvisability of attempting to emotionally blackmail a vampire. But while it is Edward she craves, it is Jake of the rippling abs who rides and dives to her rescue, without ever remotely suggesting that all this damsel-in-distress stuff could get a bit tiresome after a while. It is, after all, that kind of Twilight spirit world, a strange and wonderful place where teenage boys do things for high-minded reasons of moral purity and nobility. As we all know, there is only one place in the world where that happens and that is in the imagination of teenage American girls.

So, if you’re blessed with such an imagination, rush out and see this now. You will smooch with Bella through an entirely pink world where everyone loves her unconditionally and everyone except her has to act with perfect harmony, equanimity and sweet reason. She just gets to do what she wants with the undying devotion of the noble Edward and the prefab swoonery of the earthier Jake. And yes, there’s a happy ending – though not so happy as not to leave room for an unlimited supply of sequels. But if you go for no other reason, go to enjoy the audience reaction to the last line, which I shall not spoil. As the great Powell and Pressburger probably never said – cheesier than Gorgonzola!