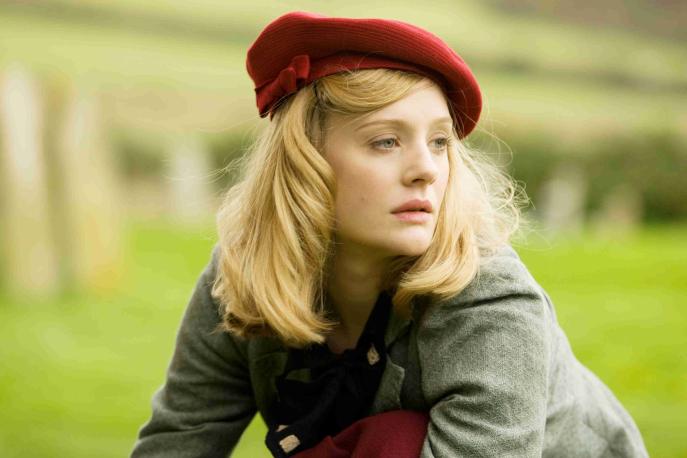 Here’s a question for you: are there a finite number of twists for any given story? And if so, once every twist has been twisted, what’s left for a story to do? It’s a question that has been playing on my mind since watching Glorious 39, an accomplished thriller set in the days before the Second World War. Logic tells us that there are an infinite number of twists, a fast-food menu of triple underhands with extra surprise, but in an age where cinema sometimes feels glutted on its own self-awareness each genre brings with it a language limited by its tradition. Hence a haze of dissatisfaction at this otherwise excellent film, that, as absorbing as it is you can’t help but feel that you saw the surprises coming a long way back.

Part of this lies in Stephen Poliakoff’s placement of the story in a period of time we all know as a prelude. The size of the Second World War in terms of its impact on our cultural psyche is so large that a film set in the late ‘30s that doesn’t acknowledge the upcoming slaughter would be deemed unattached to the ‘real world’. That the central characters in Glorious 39 divide over whether or not Hitler should be appeased is a drama reduced by our knowledge of what went on to happen. Regardless of how forceful those who argue for appeasement are, it’s hard to feel any weight in their argument: from the start it is clear that the film’s attitude to history isn’t going to be that of Quentin Tarantino’s inglourious foray into the war.

This isn’t to say that their arguments aren’t persuasive. The motives of the appeasers are a mixture of selfishness, fear and complacency. The upper class Keyes family of Glorious 39 lives one of those soft-textured lives of picnics and children’s games amongst the ruins of the abbey that loom outside their house. The dramatist and poet Derek Walcott, born on one of the Empire’s edges nine years before the war broke out, has written that ‘no other literature is as botanical as English, so seeded with delight and melancholy in the seasons’[1], and such can be said of the rural idyll in which the Keyes live. Part of the overriding slickness of Glorious 39 is its use of tones of light and colour; not just the shades and silhouettes of the thrillers of film noir, but the spectrum of the countryside in full change. That some would not want to disrupt such satisfied peace in order to search for justice violently in Europe is entirely understandable.

Of course such peace is there to be disrupted and it is the Keyes’ eldest daughter Anne whom the audience follows through the violent interruptions. Glorious 39’s success comes from being firmly rooted in its genre. Such too is its weakness. One can’t help but feel that blondes who trust suave and eloquent men who like telling people ‘not to worry about anything’ get what’s coming to them. Some of the revelations seem a little knocked-together too: Anne, we learn early on, is an adopted child and hence not a true blood descendent of the Keyes… uh oh, is that a pre-fab revelation looming on the horizon? Actually: Romola Garai plays Anne superbly, rendering most of the melodrama believable. And Bill Nighy drawls his way through hypnotically.

When the war does come, it is transmitted to us with an image of horrific originality – Poliakoff proving that factual research can still throw up artefacts as touching as anything an unfettered imagination can. Enough to say that animal lovers should bring someone warm with them.